On an early October morning, dozens of educators and researchers from various disciplines and universities across the northeast filed into the Student Union building of SUNY New Paltz. Entering the downstairs conference room permeated with the smell of brewing coffee and baked goods, they murmured introductions and shuffled papers, preparing to share their individual research pertaining to one common topic.

It affects everything from our most personal experiences to entire collective national histories. In the two-day conference, “Translating Memory and Remembrance Across the Disciplines,” these scholars explored the power of personal and collective memory molding how we use our past to form our histories and envision our future.

“Carriers of memories are, in turn, the carriers of social change,” said Barbara Sutton, honors professor of women’s studies at SUNY Albany. “But, it is always seeing in front of you, the ‘other,’ that has always condemned us as a society.” 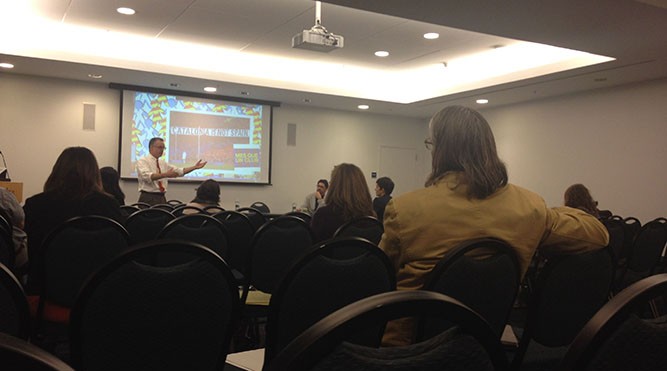 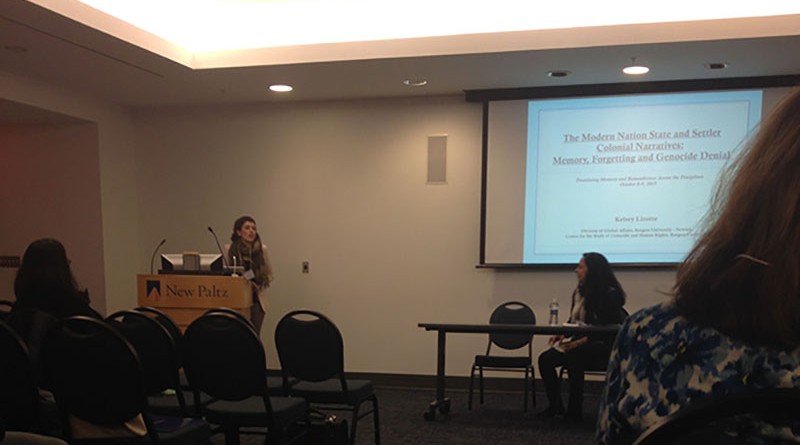 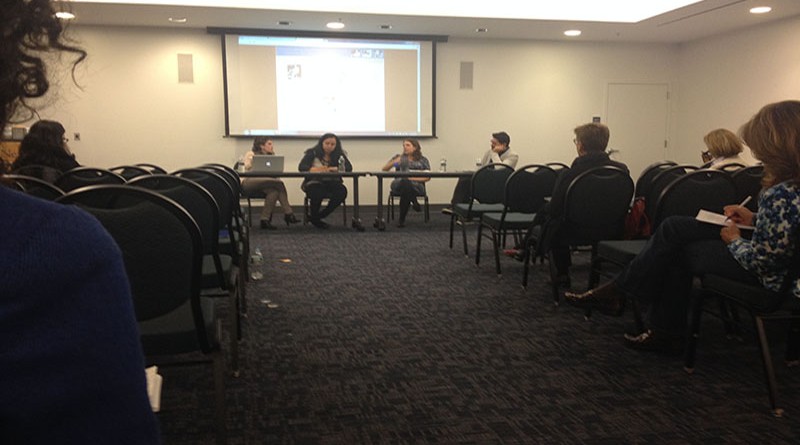 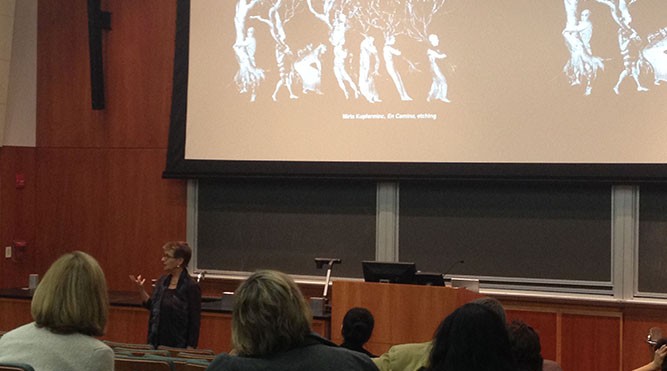 Her presentation on the oral testimonies of female survivors of Argentine detention centers during the Dirty War, “Memories of State Terror, Visions of Social Change,” led the conference. Sutton argued that the collective unconscious remembrance of violence and oppression affecting multinational societies could help or harm us. By remembering, we ensure those who suffer did not go unnoticed, and those who inhibited the violence do not go without shame. It is the purposeful forgetting of crimes during historical periods like the Dirty War that harms us.

Historian Michael Vargas’ study, “How Catalans Put the Memory of Spanish Decadence to Good Use,” drew on this selective remembrance to explore how cultures around the world look back on the richest parts of their past to selectively remember an idealized past. Vargas believes selective forgetting, a common coping strategy of trauma, reaches much farther than one’s personal experience. In the discourse following his presentation, scholars suggested that packaging a collective memory, especially on a national level, includes purposely forgetting.

“Heritage itself is a form of invented memory, something often imagined by a people after a time of suffering or oppression,” Vargas said. A people may decide that it is not the unrest or oppression that defines them, but how they overcame. On the other hand, a nation’s use invented history creates problems for historians: What has been erased, left out or recorded incorrectly?

As discussions delved deeper into this issue, the idea of nostalgia turned into a somewhat villainous, dark shadow. In the afternoon round table, moderators and SUNY New Paltz professors Rachel Somerstein and Roberto Vélez-Vélez examined the developing works of Rutgers University graduate student Kelsey Lizotte and Mercy College professor Victoria Nunez to assess what we choose to remember over time.

“We don’t remember [trauma] because it goes against the story that we tell ourselves as a nation,” Nunez said. The literacy and multilingual professor coins the term “erasure” as collective forgetting. Following Lizotte’s presentation, “Forgetting and Genocidal Denial,” the panel came to the conclusion that in a way, nostalgia is the enemy of memory.

“It’s a sort of counterpart to our political narrative that we find aesthetically pleasing and have already accepted, therefore the other half of history stays hidden,” Nunez said.

But never invisible. On a multinational scale, cultures have a tendency to physically commemorate crimes against humanity. Whether committed against them, such as in the 9/11 Memorial in New York City or POLIN Jewish History Museum in Warsaw, Poland; or by them, in the converted concentration camps such as Dachau, Germany. However, Marianne Hirsch, professor of English and comparative literature at Columbia University, argued that they cannot remain a static burden of our painful past. Hirsch’s keynote address, “Small Acts: Mobilizing Memory Across Borders,” encompassed the major topics of discussion around each presentation earlier that day. She argued that while nostalgia can throw a shroud over the experiences of various groups to focus on the successes of one great national tale, it is our need to commemorate through memorial museums and monuments that bring focus to the neglected through a form of victimization Hirsch calls “cyclical destruction.” In this way, remembering isn’t moving global society forward, but leaving it in a sort of memory purgatory as we try to preserve what was lost, forced to face a painful past without acting towards change.

“Focusing so much on loss and compensation for a people is an attempt to recover something we can’t get back. By not envisioning a ‘return,’ we have a better chance at exploring our future,” Hirsch said. The hundreds of memorials around the world need to become agents of transformation instead of stagnation.

What can we do to improve our future using memory?

“We have to reanimate ‘dead’ histories through interaction,” Hirsch continued. “History is important when it connects.”

There are several cultural groups that make up a nation, but in a national history, not all of their stories are heard. Throughout her address, Hirsch referenced pieces of art that successfully resisted forms of the mass, linear understanding of the past. These “small acts of resistance,” such as Mirta Kupferminc’s En Camino (2001), represents a tangible mobility. The figures in En Camino carry uprooted trees that get blown around on non-intersecting planes, representing generations of histories and memories that are not told in a linear history. Our collective memory needs to address that there is no common shared history of a nation, but one of contradictions that come from traditional storytelling and selective forgetting.

En Camino – On the Way from GitterArts on Vimeo.

Forms of oral history, in which we can hear first-hand experiences of suffering, such as Sutton’s testimonies, help engage an empathetic human connection that mobilizes the present generation to feel personally responsible for the future.

SUNY New Paltz professor Andrea Frank contributed to the closing panel on Oct. 9, saying, “We have a collective responsibility to own our story… we tend to feel something [for our past] but don’t feel the need to make a step for change. We have to connect to find new ways to live with the past in our present.”

http://none.com
I'm Katie Cusack and I've moved far too many times to know where I come from, making me endlessly interested in the cultures and languages of the world. I am graduating from SUNY New Paltz in December 2015.

Former Women's Soccer Captain Runs For A Cause

Thu Nov 5 , 2015
Former New Paltz women’s soccer co-captain Bryce Kristall ran in the 2015 New York City Marathon on Sunday, Nov. 1 — in honor of her late mother. After her mother, Felice Kristall, passed away on April 19, 2014 after a year-long battle with lung cancer, Kristall, 22, wanted to contribute in […] 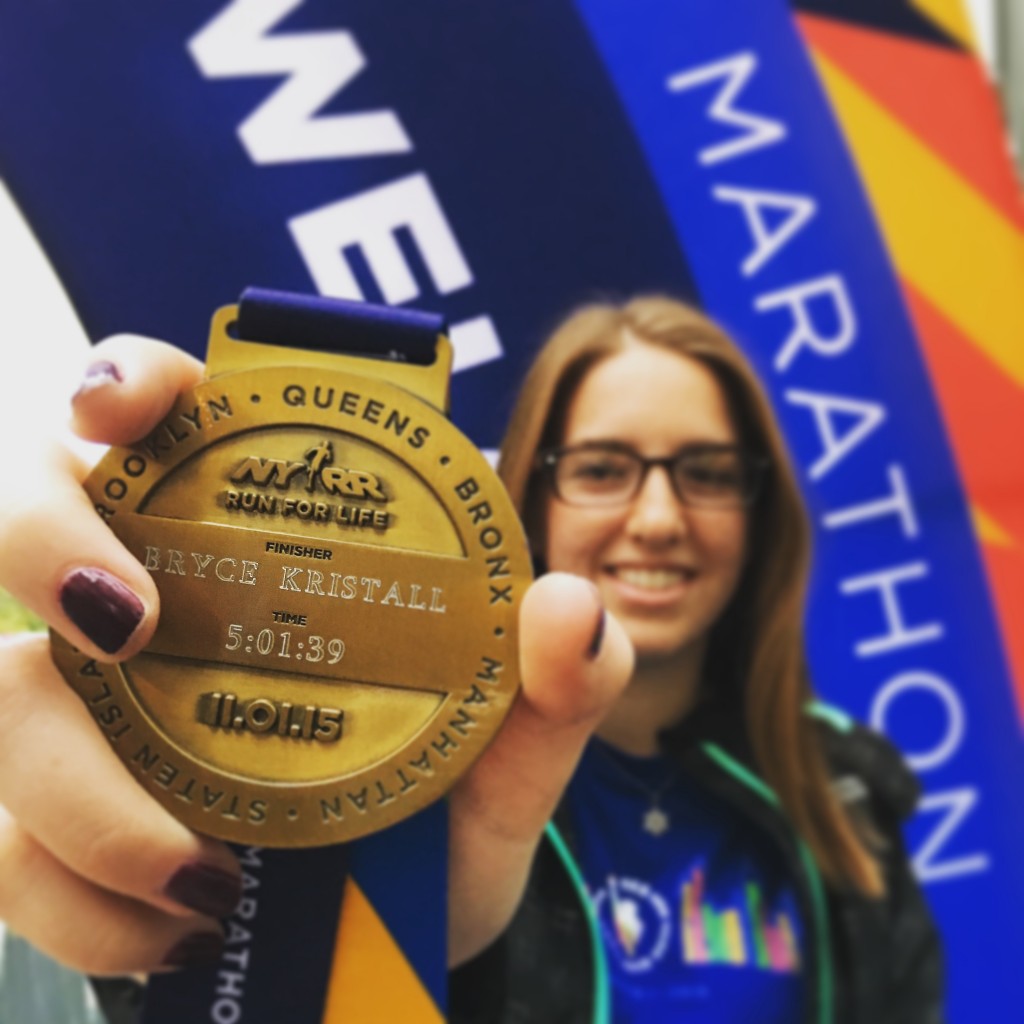