New Paltz restaurateur Jordan Schor is know by locals for his pizza shop, a late-night pit stop for party-goers stumbling home from the bars. But things have changed with the opening of his high-end French-Italian bistro, End Cut. While the pizza parlor and all its chaos once served as the party scene he never experienced during his college years, his days of hopping the counter to break up drunken fights are over. Now Jordan is finally doing what he’s been working toward for 20 years– running a bistro that takes him back to the intimacy and aroma of his grandmother’s kitchen.

What made you decide to go from pizza shop to high-end bistro?

The pizza place was a great stepping-stone, but it wasn’t what I really wanted to do. Anyone can make pizza. It didn’t even really matter how it tasted, people were throwing it up half an hour later. It was just about volume. Volume equals money. Money equals success. Pizza was never my thing, but I knew that if I played my cards right and saved, I could do something bigger and better– which happens to be smaller, but better. To me, food has always been about memories and smells. I could taste a cantaloupe– a really ripe, juicy cantaloupe, and it would remind me of my grandmother’s kitchen in the summertime. It’s not about banging out as much food as you can and making as much money as you can. If you focus on the money, you lose sight of the main purpose. It’s about the experience and atmosphere you create.

What was the vision you had in mind when you opened End Cut?

I wanted to open a small bistro and focus on serving classic French and Italian food, and great wine, in a great environment. Without even saying anything, people come in here and because of the intimacy and rustic feeling– they just get it. Complete strangers have gone online and written that they feel like they’re in my house.

How would you describe the old scene of Jordan’s Pizza and Bistro?

When I was in college, I didn’t party because I was a commuter student and I worked two jobs. The pizzeria was basically three years of a party I never had. There were no rules. The only rule was that if you were going to fight, you had to do it outside. The kids would carry their fights back from the bars, and come to my place to settle their score. I even had a baseball bat under the counter. I lost it one night and jumped over the counter. I don’t think I hit the kid, but I don’t remember because I went red. There were lots of fights, and everyone knew about the baseball bat. They would joke around and say, if you don’t shut up, he’s gonna get the baseball bat out.

I’m sure you don’t have to do that at End Cut.

No, but I do have the baseball bat here. We’re actually planning on hanging it above the kitchen door as a memory.

How do you feel looking back on your days at the pizzeria?

I kind of miss it, but then again I don’t, because I never wanted to be in the pizza business. It was brutal. I wouldn’t sleep for days at a time. But I miss the action– I don’t miss the action of the baseball bat. I miss the action of 3:45 a.m. when I could feel my body get warm. It was like seeing a car coming, but not being able to get out the way. It was a rush. It was anxiety. It was pressure. But it was worth it because it got me this, which is what I’ve always wanted. I’ve sacrificed a lot in the last 20 years to get here, and opening this restaurant was one of my most gratifying moments.

My name is Sara Feinstein and I am from Queens, New York. I will be graduating from SUNY New Paltz in December 2016. I'm into everything involving the outdoors and love staying active.

Fri Oct 16 , 2015
By Jessica Jones and Kaycia Sailsman Josselin Valladares, 14, has lived in the Hudson Valley since March 2014. Her journey from Honduras to New York followed that which her parents, Glenia Gomez and Victor Valladares, made in June 2012. Valladares’ parents now both pack apples at Hurds Farm in Modena. […] 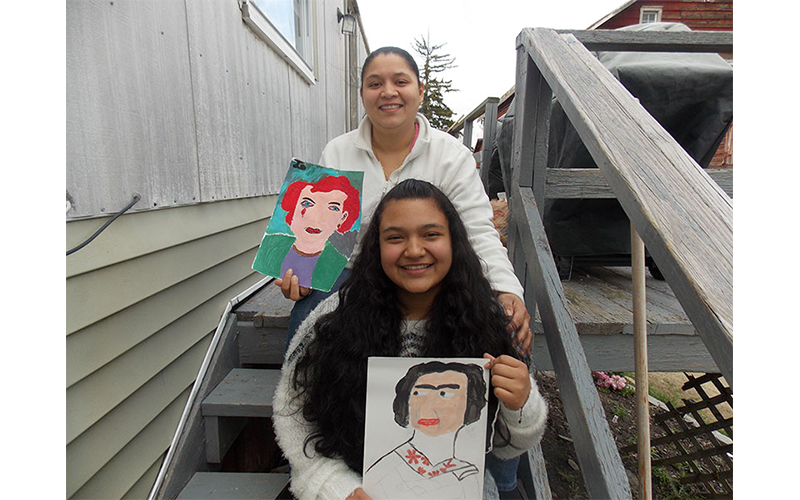