The dining facilities of the Student Union Building at SUNY New Paltz were slapped with two critical red violations following an inspection by the New York State Department of Health (NYSDH).

Inspection records from Jan. 23 of this year read, “Potentially hazardous foods are not kept at or above 140 degrees Fahrenheit during hot holding.” According to the United States Department of Agriculture’s website, failing to keep cooked foods at proper temperatures can cause bacteria like Staphylococcus, Salmonella and E. coli. to grow, which can then lead to serious illnesses such as bloody stools, diarrhea, vomiting and sometimes death.

Diane Jackson, general manager of Sodexo at SUNY New Paltz, is frustrated that the NYSDH website does not provide specific details about critical violations.

“The violation involving cans in poor conditions was the result of one dented can that was found,” she said.

Marinara sauce heating on a failing piece of equipment was the culprit for the temperature violation. The equipment was repaired immediately and both the dented can and the marinara sauce were discarded before consumption, Jackson said.

The critical violations at the Student Union Building are not unique to the New Paltz campus.  A review of 20 SUNY schools found that in addition to New Paltz, nine other campuses received critical red violations between Sept. 30, 2014 and March 19 of this year; 16 total. The majority were temperature violations.

According to the New York State Department of Health’s website, “Critical violations are more likely than general ones to contribute to foodborne illnesses because they may be a substantial risk to the public’s health.”

Topping the list are SUNY Binghamton and SUNY Fredonia with three critical violations each. An inspection of SUNY Binghamton’s dining facility, College-In-The-Woods, on Sept. 30, 2014, found potentially hazardous foods not being kept at or below the required temperature of 38 degrees Fahrenheit during cold holding. There was also inadequate refrigeration storage equipment needed to ensure foods are cooled properly and stored below 45 degrees Fahrenheit as required. An inspection of the campus’s facility, Marketplace, on March 19 of this year also resulted in a critical violation of improper temperatures for foods in hot holding.

Jim Ruoff, resident district manager of Sodexo at SUNY Binghamton, said the critical violations were addressed immediately upon inspection. This included the disposal of all foods found in “danger zone” temperatures while refrigeration equipment was repaired at College-In-The-Woods, as well as the installation of a commercial steamer at Marketplace to assist with reheating and maintaining proper food temperatures.

“Serving unsafe food is not an option when serving over 100,000 meals a week,” Ruoff said.

The campuses of Cortland, Delhi, Oswego, Plattsburgh, Potsdam, Rockland and Sullivan also received critical violations. Haley Van Vlack, a third-year physics and philosophy major at SUNY New Paltz, called the violations “concerning” and “scary.” Currently practicing a gluten-free diet, she said there aren’t many options on campus for her to get food besides the Student Union Building; Cafe Spice currently offers many gluten-free options. “It kind of feels like a trap,” she said.

Of the 10 remaining campuses, nine had 63 non-critical violations upon inspection. This includes the SUNY campuses of Albany, Brockport, Canton, Cobleskill, Columbia-Greene, Dutchess, Purchase, Ulster and Westchester.

SUNY Canton tops the list of non-critical violations, with 17 total found on April 8 of this year. The most common violations involved floors, walls and ceilings either improperly constructed, in disrepair or dirty and non-food contact surfaces and equipment improperly designed, constructed, installed or maintained.

Zero violations were found at the dining facilities of SUNY Orange’s Newburgh campus, following an inspection on Sept. 19, 2014.

In October 2015, she reported on Halloween events in New Paltz, as well as how to make your own candy corn!: Celebrate Halloween in New Paltz!

In September 2015, she spoke with New York City EMT Mahtik Calhoun about a moment he will never forget: Mahtik Calhoun, Emergency Medical Technician

My name is Caitlin Marinaccio. I live in Beacon, New York and I'm graduating from SUNY New Paltz in December 2015. I love manatees and jigsaw puzzles!

Wed May 13 , 2015
MM Yudin GlocProfile from The Little Rebellion on Vimeo. Adam Gloc, 21, is an accomplished pianist and piano teacher. A contemporary music studies major set to graduate from SUNY New Paltz in May 2015, he has been playing and teaching the instrument since ages 9 and 15, respectively. Gloc named […] 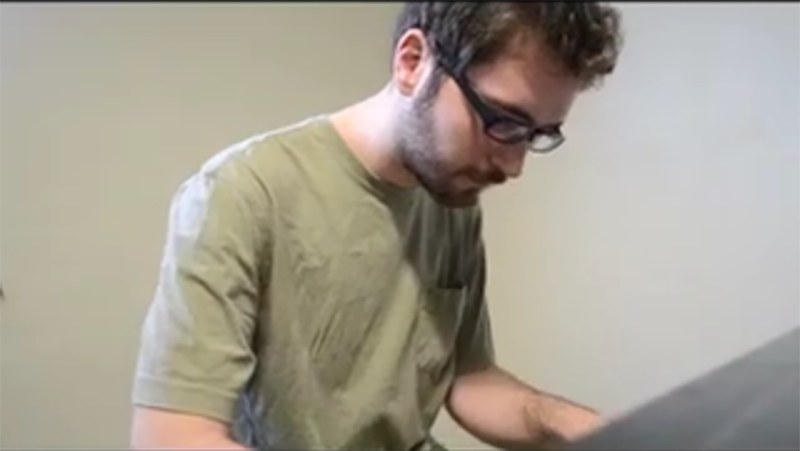