New efforts to engage SUNY New alumni Paltz are being led by a panel of volunteers who know graduates of the college very well – their peers.

The SUNY New Paltz Alumni Advisory Council was established in May 2014 to improve alumni engagement and connection with the campus. They came up with an alumni structure that was in compliance with the state guidelines and established an advisory group.

The advisory group meets three times a year, the council is comprised of 15 alumni, two student representatives and three administrators. These alumni differ in class years, backgrounds and current locations — including a representative who currently lives in New Orleans. Due to the location gap, they attend council meetings through Skype.

At the meetings, the council discusses ways to bring alumni back to campus as a way to reconnect with their alma mater. The group is a “think tank” for the Alumni Relations Office and reports back to Director of Alumni Relations Brenda Dow. Ideas are generated by the professionals in the group as well as council members. Their suggestions and ideas come from their own experiences, personal insights, observations, contacts and individual creativity. This has led to an increase in alumni participation and attendance through the council’s networks, with social media having a large and successful impact, Dow said.

“People want to feel needed,” said Alumni Advisory Council member Robin Cohen-LaValle. “They want to feel like it’s not just about them giving the college money for a scholarship, it’s about coming to talk to students about their careers.”

Cohen-LaValle said these alumni are happy to host someone who wants to shadow them for a day on the job, or meet with people in their part of the country to talk about being at New Paltz.

This year’s student representatives are Oladoyin Olanrewaju and Brian Spina, both of the class of 2015. They provide a voice for the current student population to improve the transition into becoming alumni. They offer insight into the feelings of graduating seniors at New Paltz, as well honesty about the types of events and programs that would attract young alumni back to campus.

As new graduates crossed the stage at Commencement last May, they were handed a pin that read “New Paltz Alumni” signifying that their alma mater will always be a part of them.

Cohen-LaValle said whenever someone makes the transition from student to alumni, they want to learn from are those who have made the transition themselves. These students also realize how approachable alumni are.

“They are role models,” Cohen-LaValle said.  “They were here, they walked these grounds, they sat in these classrooms, and they’ve made it big. They’re not going to hand you a job, but they might who knows someone who knows someone in the field you’re interested in.”

The administrative members are Dow, Vice President for Development and Alumni Relations Erica Marks, and Vice President for Enrollment Management L. David Eaton, former chair of the ad hoc alumni task force, which looked at a reorganization of alumni services. To add continuity some council members were previously members of the task force.

Dow said every Alumni Advisory Council member and others who have supported the campus, specifically over the past year were profiled at Alumni Day of Service, held on Martin Luther King, Jr. Day in January.

“I think it’s encouraging when alumni see what other alumni have done to come back and talk to students or to host folks,” Dow said.

Alumni engagement this academic year has already surpassed that of previous years. During last year’s Alumni Reunion Weekend, the numbers of alumni attendees surpassed those of the previous six years. Council members are asked to attend Reunion Weekend as well as attend or assist with outreach for another event during the year, such as a regional activity in their area. For alumni events attended by council members, they are introduced so that any alumnus or alumna may share ideas or suggestions with council members or the alumni office staff.

Regional events have been held and there are more upcoming. Alumni around the country host events to reunite their peers. Alumni Advisory Council member Candice Dixon was the host of the Atlanta event on March 14.

The council can also have a positive impact financially, said Steven Posada, alumni relations officer. His primary responsibility and focus is to engage alumni and to inform them where the school currently stands, in addition to letting them know where they are trying to go in the future.

“The more engaged alumni are, the more likely they are to give,” he said. “Hopefully down the line that will result in them wanting to make a gift.”

Long-term alumni have a big role in raising money for the college. This year’s priority was not fundraising, but a term Cohen-LaValle called, “friend-raising”, which is making more connections between alumni and the campus. There were complaints from alumni saying the only time they were contacted were being asked for money. Alumni can donate money to different causes such as the major they received their degree in. The council is additionally working on setting up scholarships

During their next meeting and one-year anniversary, the council will discuss the date of this year’s Global Orange and Blue Day and continue to expand upon ways to reconnect alumni with their alma mater on April 30.

Cohen-LaValle said she does not think people ever disconnect from New Paltz, but there has not been a centralized strategy as the council is working on currently.

“It’s a great way for those of us who are alumni who really care about knowing that we’re only the tip of the iceberg for people who feel passionate about New Paltz,” she said. “It’s a way that we want to help craft reaching out to those people.”

My name is Melissa Kramer and I am from Farmingdale, New York. I'm graduating from SUNY New Paltz in May 2017 and love sports and music. 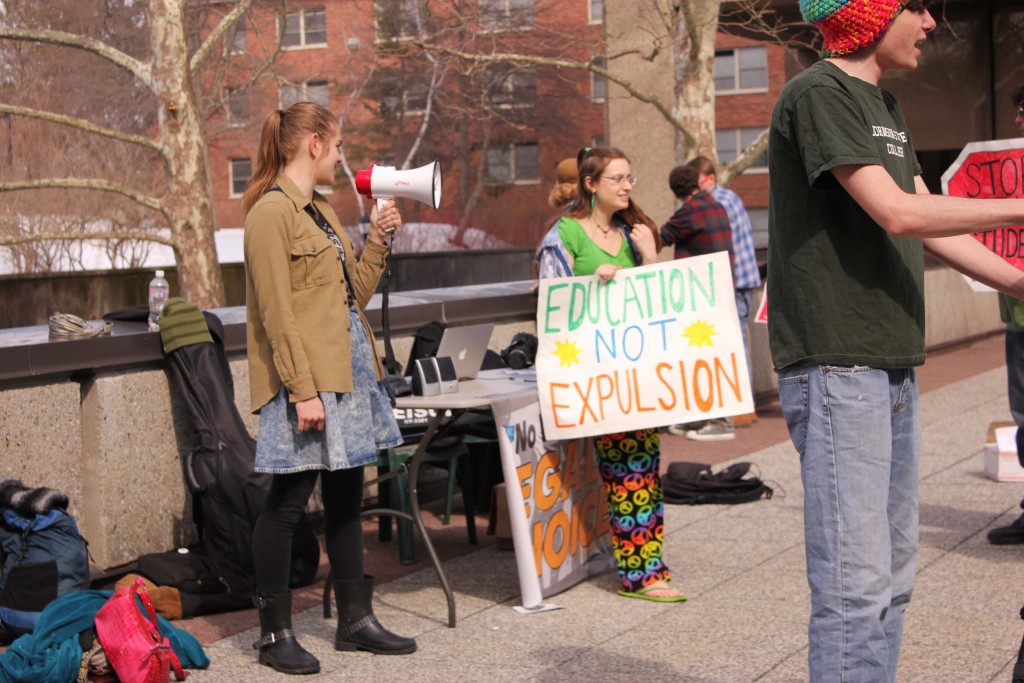