Stephen Curry and the Golden State Warriors took the NBA by storm this year with the best record in the NBA at 67-15.

Curry was the best player in the NBA, leading the Warriors with unmatched levels of efficiency and focus.

Many pundits and fans will argue that James Harden is the league MVP, and there is a strong argument for him. He led the Houston Rockets to the second seed in the loaded Western Conference, despite the team playing most of the season without injured superstar center Dwight Howard.

So it’s only fair to compare what Harden and Curry did this year. Both were entering their sixth season and both led their teams to incredible records in the powerhouse Western Conference. Curry has an advantage over Harden in almost every category, so let’s start with one that is brutally underrated.

Curry broke the NBA record for most 3-pointers in a season with 272 in the 2012-2013 season. This season he proceeded to break his own record by nailing 276 threes.

Even though he attempted a whopping 625 3-pointers, Curry still managed hit over 44% of them.

Curry’s efficiency is what really separates him from the competition. When we compare the shooting percentages of Curry and Harden, it’s not even close. Curry blows him out of the water. Harden scored in masses but his efficiency was actually sub par. Curry only averages 32.7 minutes of play per game. He would average the least minutes per game of any player to ever win an MVP award.

And it’s not like the Warriors needed Curry to play the whole game most of the time. Curry sat out 17 fourth quarters this year because the Warriors were so far ahead.

So Curry’s scoring might not look up to par with that of Harden, but when we look at the per-36 numbers, Curry looks a lot better. Curry’s advanced stats are absolutely astounding. Here’s a comparison which shows that Curry just edges out Harden in many statistical categories.

Curry does everything for the Warriors, including make his teammates better.

Klay Thompson had a career year this year, and talked with Grantland about how he and Curry play together.

“I know my strengths,” Thompson continues. “I know I’m not as good as Steph with the ball in my hands. I’m better moving off the pick, off the ball, in position to catch and go, instead of standing still with the high ball screen. So let’s say it’s the end of the game and Coach Kerr calls a drag screen for Steph. I’m not going to argue because I know that [Curry]’s going to draw enough attention that I’m going to get a shot. Or I know I’m a better post player than Steph, so if I have a mismatch, he’ll recognize it and throw me the ball. [But] at times, both of us have to be selfish to get into a rhythm and a groove or just to put pressure on a defense.”

Curry’s shooting is so good that he draws in attention, leaving others open. His presence on the floor alone forces opposing defenses to change their tactics.

Curry makes his teammates more confident, is an easy player to get along with, and his teammates and coaches always give him glowing reviews.

Let’s not pretend that the Warriors don’t need Curry. In fact, the Warriors start to look like a bad team when Curry is off the floor compared to when he’s playing.

Curry has the highest net rating of any qualified player in the NBA. These numbers are what really tell the tale. Not only is Curry an incredible individual player, but his whole team gets a ton better just by playing with him. That is something Harden still doesn’t quite have yet: the ability to make his teammates better.

Of course, Curry’s work is not yet done. There are many scary teams in the West that are hungry to take the Warriors down. Curry can cap a historic season by leading the Warriors to an NBA title.

Art Enrichment for the Neighboring Children

Thu Apr 30 , 2015
By Kaycia Sailsman On Saturdays, classrooms in the Fine Arts Building at SUNY New Paltz are filled with children from kindergarten through high school in and around the New Paltz area. Students from all different grade levels are getting hands on experience working on 3D projects, sculpting, piano, photography, and […] 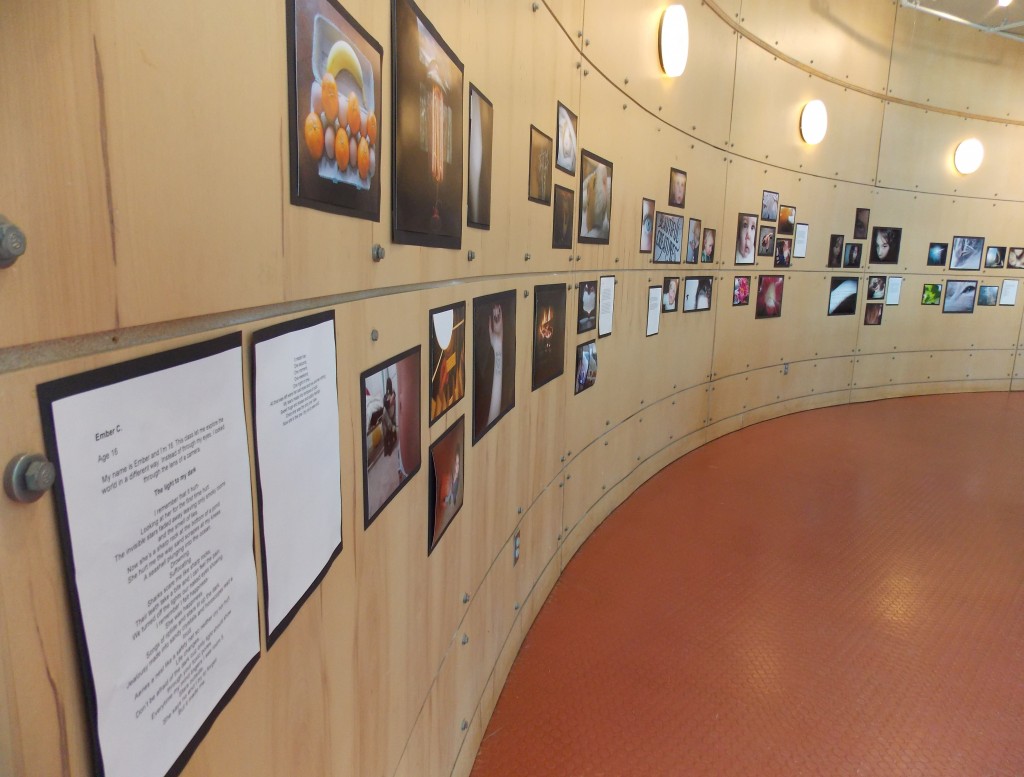