In the past three years there has been a dramatic change in length and temperature of the winter for the Northeastern region of the United States. This change is amplifying adversities animals such as fish and deer face, and changing natural cycles of plants, animals and insects. If this climatic change continues in this fashion, some of the characteristic wildlife of the Northeast region may die out or move before adapting to this change.

While the debate on the merits of climate change rages on in Congress, countless research and studies have proven that the average temperature of the planet is rising. But evidence of global warming does not only manifest itself in the form of rising global temperatures, but also in the form of increasingly severe and erratic weather patterns.

“Climate change refers to the broader set of changes that go along with global warming including changes in weather patterns, the oceans, ice and snow, and ecosystems.”

“This past winter not only did it set up to bring the cold air in the Northeast but it just stayed there over the region for a long period of time it was a well set jet stream,” said Alvin Konigsberg, associate professor of geological and environmental sciences at the State University of New York at New Paltz. “It’s not normal for it to last that long.”

The effects the lingering jet stream can be seen on this map of the world provided by NASA, which depicts the average surface temperature for the month of February 2015, as it compares to the expected temperature.

This amplification of the Northeast region winter’s seasonal attributes presents problems for insects and animals in that they have to survive harsh winter conditions longer, and it throws off the natural timing of biological cycles.

Dr. Aaron Haselton, an associate professor of biology at SUNY New Paltz who specializes in insects, has been studying a change in the invasive paper wasp that is directly caused by the change in annual weather. The queens of the species burrow underground and hide inside tree bark to ride out the harsh cold and reemerge when temperatures are favorable.

“In 2013 I saw queens of the invasive paper wasp on March 9th, it’s still cool but they like to congregate on brick walls of buildings that absorb sun,” Haselton said. “So south-facing walls that are made out of brick heat up all day long so these wasps will hang out there to get warm.”

Haselton says that wasps are emerging later into spring, at an alarming rate.

Haselton believes it warrants a more thorough investigation, since a change in the behavior of one species has a domino effect on others in the ecosystem.

Meanwhile, a lingering winter means lakes in the region stay frozen longer into the year, which results in hungry birds and a lot of dead fish.

SUNY New Paltz Assistant Professor of Biology Dr. Kara Belinsky teaches an ornithology class at SUNY New Paltz and has run into some problems this semester. Using data collected from previous years, Belinsky plans a trip every semester to watch diving birds at the Hudson River with her class. Yet this year the river was still iced up, so the birds weren’t there.

Still the fish below the frozen lake suffer a worse fate, according to Sarah Shepard, citizen participation specialist of the Department of Environmental Conservation (DEC) New Paltz.

When snow and ice cover the surface and  prevent sunlight from heating the water, submerged plants are unable to undergo photosynthesis to make oxygen.

Fri May 1 , 2015
By Irene Corvinus When you think of rugby, one typically thinks of violence and brutality. But even though the New Paltz Men’s Rugby Football Club (NPRFC) plays such a violent sport – it doesn’t mean they don’t have a soft and caring attitude as well. This was shown on March […] 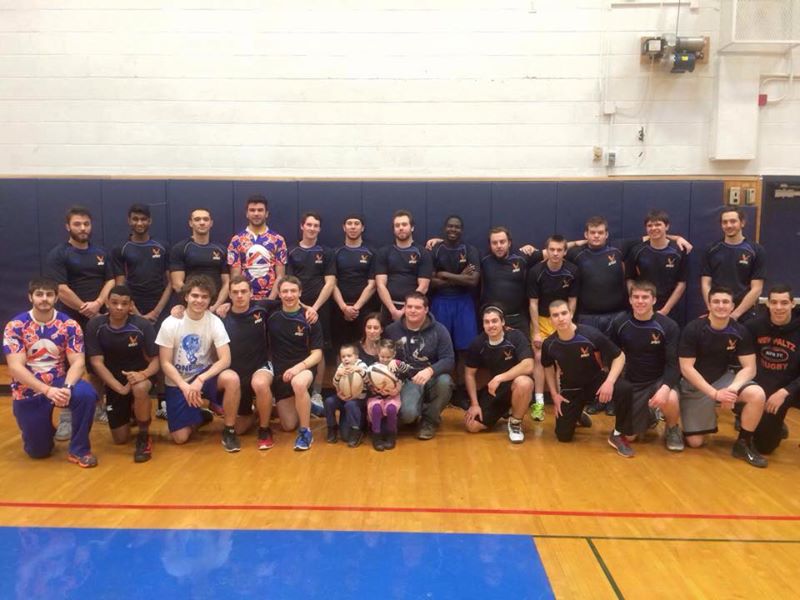