The white house on Mohonk Avenue decorated with blue, black, red, and yellow stripes is home to the Alpha Epsilon Pi fraternity. This off-campus residence brings to life the stereotype of New Paltz homes being shady — but this increases that notion to a more sinister level.

New Paltz is a town with rich history much like the historical Huguenot Street. It is expected that you might find some mystery in the houses in this town because they are pretty old, some of them dating back to the 1800s. The house on Mohonk Avenue was once home to Samuel D.B. Stokes, who died in the house over 100 years ago. Fraternity brothers Jordan Mendelson and Evan Rosenberg were surprised to find out that the house they have built memories in for the past two years has been hiding such a big secret from them.

“I mean it’s an old house, so I can understand that there must be some history here, but I didn’t expect this,” said Mendelson.

According to historical records, Stokes lived in this house for most of his life. He was best known for being the town judge, and his family owned Stoke’s Tavern, the original site of the famous Mohonk Mountain House.  His life came to an end in 1886, when he passed away in his bed due to an inflamed bladder. It was written in his obituary that he will forever be one of the “landmarks of this place,” but does his spirit still live on?

Mendelson and Rosenberg both agree that they have never felt a spiritual presence while living in the house, but they do admit that it has a spooky feel to it in certain areas, especially in the basement.

“The basement is really creepy,” Rosenberg said. “No one ever really goes down there because it’s unfinished and kind of gross, but when you are there, you don’t want to stay for long.”

The Alpha Epsilon Pi house isn’t the only place in New Paltz with a story like this.

“Students come in at least once or twice a semester claiming that their house is haunted,” Carol Johnson, coordinator of the Haviland-Heidgerd History Collection in the Elting Library said. When this happens, Johnson points the students in the direction of a bookshelf filled with blue binders that provide newspaper clippings and other personal information on former owners of every house in New Paltz.  Usually students will find out that their house used to be an old barn built in the 1800’s, or that it was owned by one of the legendary Huguenots, but one student revealed something much more frightening.

“A couple of years ago a student came in because he kept on hearing strange noises in his house,” Johnson recalls.  “He looked through the binders, and found out that the house he was renting used to be a former funeral home!”

Students frequently know the tenants who lived in their house directly before them, but not many can say who lived there hundreds of years ago.  It may be a good idea for college kids to do their research, because they might find something that will make them want to change their mind.

Johnson points out, “What most people don’t realize is that these houses that are hundreds of years old most likely have had someone who has died there.  It is very common, too, that they would host funerals in their homes to remember those who have passed.” 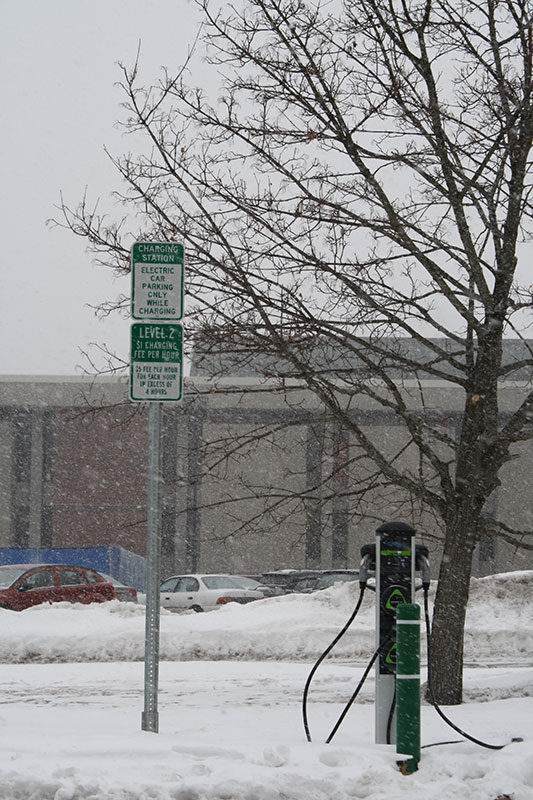