Young people have the power.

“You’ve got the power and the solutions,” Stein told a room full of eager students and community members. “The only thing we don’t have is loads of time.”

New Paltz was one of the many stops on Dr. Stein’s listening tour where she is traveling around the country to find out if there is interest in her campaigning for president in 2016.

Before presenting her platform, Stein was introduced by Village of New Paltz Mayor Jason West.

“The theme that she (Stein) has brought through all of her campaigns is that we are all in this together,” West said. “And together, we can accomplish anything we put our minds to.”

Stein went on to lay out her ideas for creating well paying, long lasting jobs, moving towards a green economy, and uniting the government with the people:

Government lobbying and elections are controlled by big money and promote propaganda to convince the people they are powerless, according to Stein, who told audience members to disregard this, and grasp the power they have in numbers.

Stein pointed out that half of the eligible voters in this country do not turn out to the polls on Election Day. If they did, they could control the election.

“I am coming to people in the community on the front lines and asking, Can a campaign that is not controlled by big money and is about the justice you seek be of service?” Stein said before receiving immediate applause.

Bailing out students in debt and drastically decreasing tuition to make higher education more affordable to everyone who wants it was one goal she was very passionate about.

She noted that after World War Two, the G.I Bill paid for returning soldiers to attend college for free. When congress did a study to see how much money came out of the money put in by sending these people to school, they found that for every $1 spent, $7 were generated.

“We need to be talking about bailing out students, not bankers,” Stein said.

Another goal introduced was, the Green New Deal (GND) which, according to their website is “a comprehensive strategy for ending the crises affecting our economy, climate, environment and social justice.”

The GND’s plan is to funnel large amounts of money into renewable energy sources and agriculture to create jobs.

When asked, many Americans would prefer the government create jobs if the private sector is not doing so.

The money to accomplish these goals is available, citing the example of stopping the war on drugs, and instead treating it like a public health concern, as opposed to a legal one. Stein suggested using the money that supports prisons full of drug offenders to instead revitalize education.

Stein said there has been lots of positive feedback from the audiences on her tour and when asked if she will soon declare candidacy she said, “We are definitely on that path.”

Thu Apr 16 , 2015
By Jennifer Hussein Students and staff members of the New Paltz School District are suffering severe negative impacts by lack of funding, district officials report. The New York State Comptroller is labeling the district under moderate fiscal stress for the 2014-2015 school year.  The fund balance of the district is […] 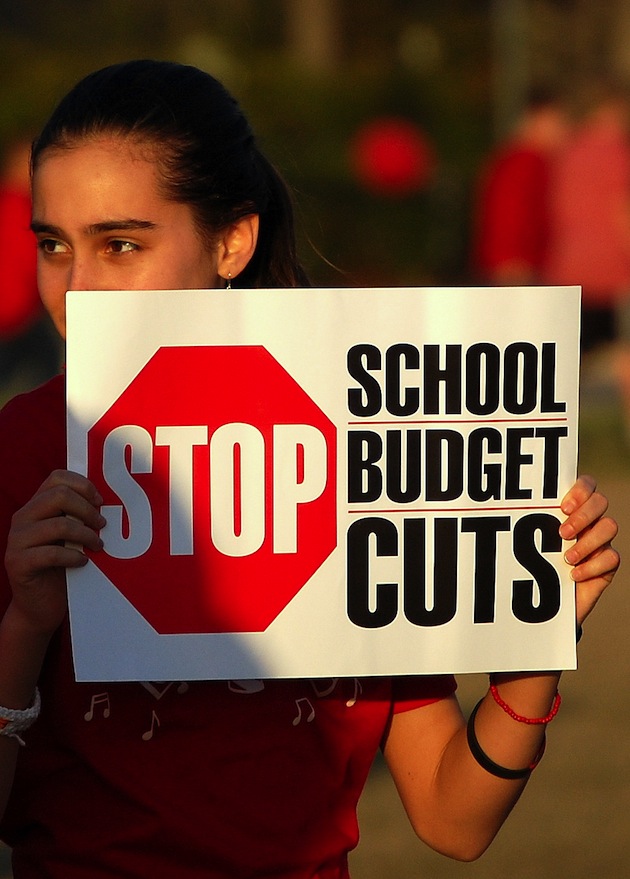