Legs, arms, neck, back, the tiny red bites were all over and the culprits were nowhere to be seen.  But they were there.

They were still there.

After three extermination attempts the fleas in Kristin Walsh’s apartment would not go away. They came when mice found their way in through a hole in the wall and the fleas would not leave.

Her Southside apartment, like all rental properties in the Village of New Paltz, is inspected annually by licensed building inspectors to ensure the property meets the standards of health and safety laws.

However it had not been inspected since her 2-year-old cat killed the first mouse and left it at the foot of Walsh’s bed.

Inspection records from 2006-2014 indicate a large number of violations at the Southside Apartment Complex and the Windsor Court Apartments, both with a large population of SUNY New Paltz students. And a much fewer number at the Mulberry Square Apartments – where students are not permitted to rent – and the Victorian Square Apartments, also known as the Ridge.

Many of these violations are fixed before the re-inspection date, however some can be seen to repeat over the years, inspection records show. Students say it is difficult to get their landlords to fix some issues, which may not violate the code but still affect the quality of living.

The Village’s three inspectors follow a property inspection checklist with three sections: property and grounds, the building’s exterior and its interior. Property owners are cited for violations and given time to fix them before a re-inspection date – typically between two weeks and one month.

“That’s [vermin] not something we can often see,” village building inspector Mark Jaffe said. “But we do look for signs, such as droppings or claw marks, and if we find them we notify the landlord and instruct them to hire an exterminator.”

Windsor Court landlord and property manager declined to comment on this issue and attempts to contact the landlords of Southside was unsuccessful.

The most common violations include missing or malfunctioning smoke detectors, leaks in pipes and sinks and broken overhead fans in bathrooms and kitchens.

Jaffe said students often disable their smoke detectors, so they can smoke indoors, causing landlords to get upset that they have to fix them all the time.

“It is often hard to get the landlords to fix violations promptly,” Jaffe said. “They can have a lot of excuses.”

Another student tenant, Crystal Hallisey, said she and her roommate had a very tough time getting their oven fixed after it stopped working.

“It took us two months for them [the landlord] to even acknowledge our problem,” Hallisey said. “Then when they finally did, they didn’t even fix it, they just told us how and my roommate’s boyfriend had to fix it himself.”

Hallisey said the property managers seem to care about little beyond collecting rent.

“This law is the major tool the Village has to ensure the safety of rental properties,” West said. “And I’m hoping it will help to raise the standard of living for everyone in the village.”

Under the law, if the property is condemned “for any reason unrelated to the acts, omissions or negligence of tenant or tenant’s invitees,” the owner must provide the tenants with temporary housing at the owner’s expense.

There were enough reports of substandard living conditions in some rental properties that action needed to be taken, according to Village Trustee Tom Rocco.

Rocco said there has been a lot of public comment against the new legislation. He said that some believe the old law was enough to provide for the safety of the tenants and that some violations are not necessarily the landlord’s fault.

“The property could be inspected and then the next day a wind storm blows out a window,” Rocco said. “Does this render the property uninhabitable?”

Rocco said the landlords would still need some time to fix the issue and the imposing of a strict time limit may lead to a temporary fix that is not as safe or efficient as needed.

Local landlords and co-owners of the Groovy Blueberry, John and Amy Cohen, have advocated against this law. They said it gives too much power to the village board and the inspectors; and that rents will inevitably increase because landlords will begin to collect a “rainy day fund” to compensate for the possibility of providing for displaced tenants and paying fines to the village.

Amy Cohen, who is currently a candidate in the Villages Mayoral elections, also said there is not enough time given to remedy violations caused by nature, because they are not something that can often be fixed in a day.

But for now, many student tenants are more worried about the quality of their apartments and the willingness of their landlords to fix problems quickly.

When Walsh contacted her landlord about the fleas she got an answer she could not accept: the fleas were from the cat.

The gray and white cat, Walsh said, lives strictly indoors and has been receiving flea medicine every month since she was adopted. Walsh persisted and after a fourth bombing by an exterminator, the fleas were finally gone.

Thu Mar 26 , 2015
By Jillian Nadiak Almost 6 million digital votes were cast from countries outside of Asia during the Mnet Asian Music Awards last year. “So I would say this is totally out of Korea and it’s getting bigger and bigger.” –Sebastian Kim, CJ E&M’s Vice President for Global Business during an interview […] 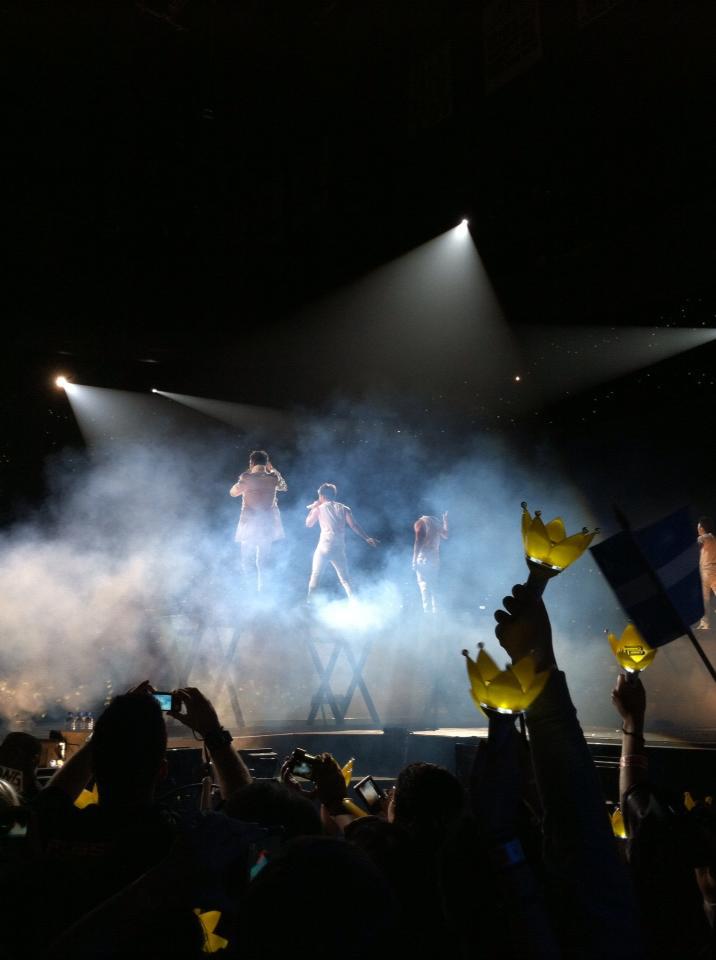