The Hunger Action Network of New York State has named New Paltz Town Supervisor Susan Zimet as their new executive director. She is replacing Mark Dunlea, who has worked for the organization since 1985.

Zimet served in the Ulster County Legislature from 2004-2011. She is the founder of VoteForWomen2020, a nonprofit organization commemorating 100 years since women were given the right to vote.

Additionally, she has been a prominent leader in the fight to convince Gov. Andrew Cuomo to prevent high-volume hydraulic fracturing in the state.

Hunger Action Network, founded in 1982, is a statewide membership organization comprised of emergency food providers, advocates, faith groups and low-income New Yorkers. Their main objective is to end hunger and its causes throughout the state.

Dennis Hanratty, executive director of Mt. Vernon United Tenants and the chair of Hunger Action Network’s Board of Trustees, said the organization was “excited” to have Zimet serve as its new executive director.

Zimet, speaking about hunger and poverty, said she is “honored to be given the opportunity to be an advocate on a state and federal level for an issue this important.”

“From Pope Francis to Gov. Andrew Cuomo, the issue of poverty is in the forefront of the conversation,” Zimet said. “I am looking forward to working with anyone who has the moral goal of eradicating hunger and understanding that food is a universal human right.”

Hunger Action is also working to raise the minimum wage to $15 an hour, increase funding for emergency food and child nutrition initiatives, create jobs for low-income residents across the state and create a universal single payer health care.

Tue Mar 31 , 2015
New Paltz Students Flock to Collegiate Poetry Slam, Making it the Second Largest in the Country By Irene Corvinus The 6th annual Wade-Lewis Poetry Slam was held on Friday, March 6 and Saturday, March 7. This event that housed almost 300 people in Lecture Center 100 was the second largest […] 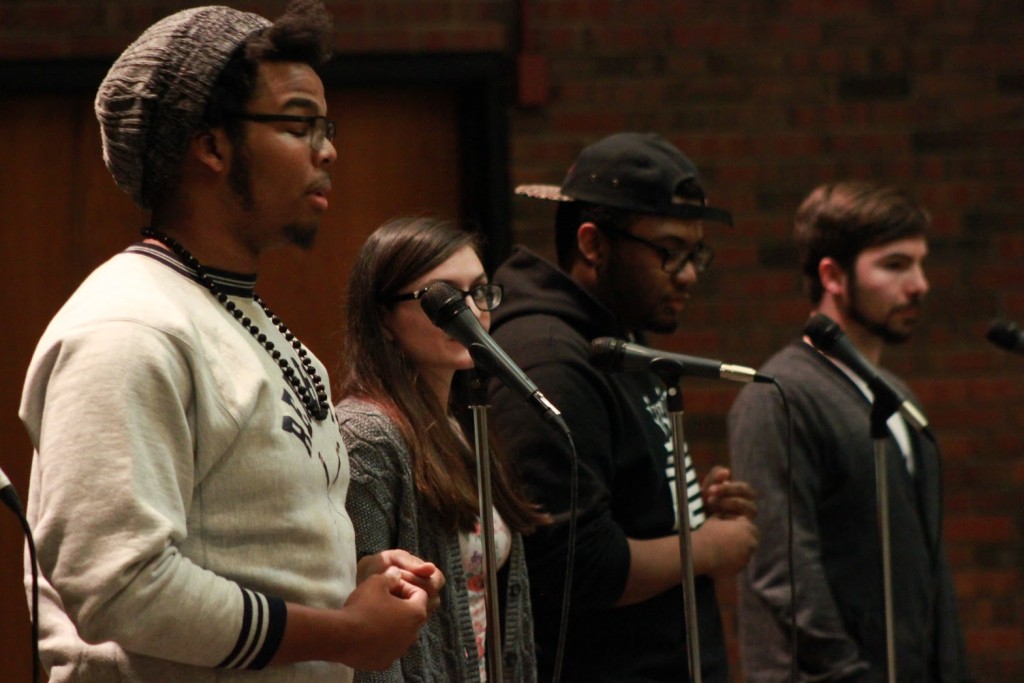