Apex 2015 – The Salty Suite from SUNY New Paltz on Vimeo.

The best part of the tournament had to be the Salty Suite, where hundreds of avid Super Smash Bros. Melee fans watched top players play out grudge matches.

APEX 2015 was the biggest Super Smash Bros. tournament of all time, but it didn’t exactly run smoothly. Actually, that’s putting it lightly. In fact, the 1600+ entrant tournament was almost entirely cancelled, due to safety concerns at the venue.

Some say the tournament was cursed to begin with such misfortune. Less than two weeks before the tournament began, tournament organizer at the time Alex Strife stepped down amid sexual harassment allegations. This year’s APEX represented the first time the series was sponsored by Nintendo causing many players to be wary as the competitive Super Smash Bros. scene has always been a grassroots effort.

I’ll admit that I was somewhat worried as well when we heard just a week before the tournament that the Secaucus, New Jersey Clarion Hotel, the venue for the event, had a roof collapse on its parking garage. This meant nobody could park at the hotel.

“Sakurai was so upset that we avoid stage hazards that he sent Reggie to make one.” @apex_series #APEX2015 pic.twitter.com/NoXjuZIY0m — TheAverageJoe (@TheAverageJoeYT) January 30, 2015

It was somewhat obvious when we arrived that the hotel was not in good shape. People were already noticing problems with the venue early on.

Room next to @ShippoFoxFire‘s at #Apex2015. Look at the roof. pic.twitter.com/pZEY31FNHY

Day one of the tournament only lasted about an hour before a fire alarm was pulled by accident. Everyone had to stop their matches and evacuate the building. After the fire department arrived, they noticed that the ballrooms used for the tournament had many fire code violations. After fire marshals said the tournament had to be cancelled, organizers scrambled to find a solution; cancelling the tournament was not an option. People came from all over the world to attend the event, and they were not going to go home without getting their money’s worth.

Somehow, the organizers were able to find a new venue for the tournament within hours: the Garden State Convention Center in Somerset, New Jersey.

WE ARE MOVING TO THE GARDEN STATE CONVENTION CENTER IN SOMERSET NEW JERSEY TO CONTINUE APEX 2015. PLEASE RT TO SPREAD THE WORD.

This meant that they had to move the entire tournament 40 miles across New Jersey. This included moving hundreds of TVs and game setups, and finding a way to get all of the participants to the new venue.

It took a whole day, but the setups were all transferred to the venue. Participants didn’t have it easy. Most people were able to get a ride or take a shuttle, but some had no choice but to drop out of the tournament before it even started.

This… will work. Best thing I’ve seen all day. pic.twitter.com/7PjZ6OxBdg

Tables are in. Plugging in audio visual for a tri projector setup and staging pic.twitter.com/862gRX3E7v — TheCrimsonBlur (@OXY_Crimson) January 30, 2015

So 10 hours ago the fire Marshall kicked smashers out of a entirely different venue. pic.twitter.com/RoueExXOxU

The new venue was vastly superior to the Clarion Hotel. There was much more space and the roof didn’t look like it was going to collapse.

Despite having to move the entire tournament, and missing an whole day of a three-day tournament, none of the tournament events were cancelled. The Super Smash Bros. competitive community was able to keep their composure and keep APEX 2015 alive.

Here are the results for the singles events for Super Smash Bros. games features at APEX 2015.

Tue Mar 10 , 2015
On March 2, 2015 primatologist and Stony Brook University professor Dr. Patricia Wright spoke at the SUNY New Paltz Lecture Center regarding her experiences in the study of lemur evolution in Madagascar. Dr. Wright has been studying primates since the 1960s, when she was inspired to pursue a PhD at […] 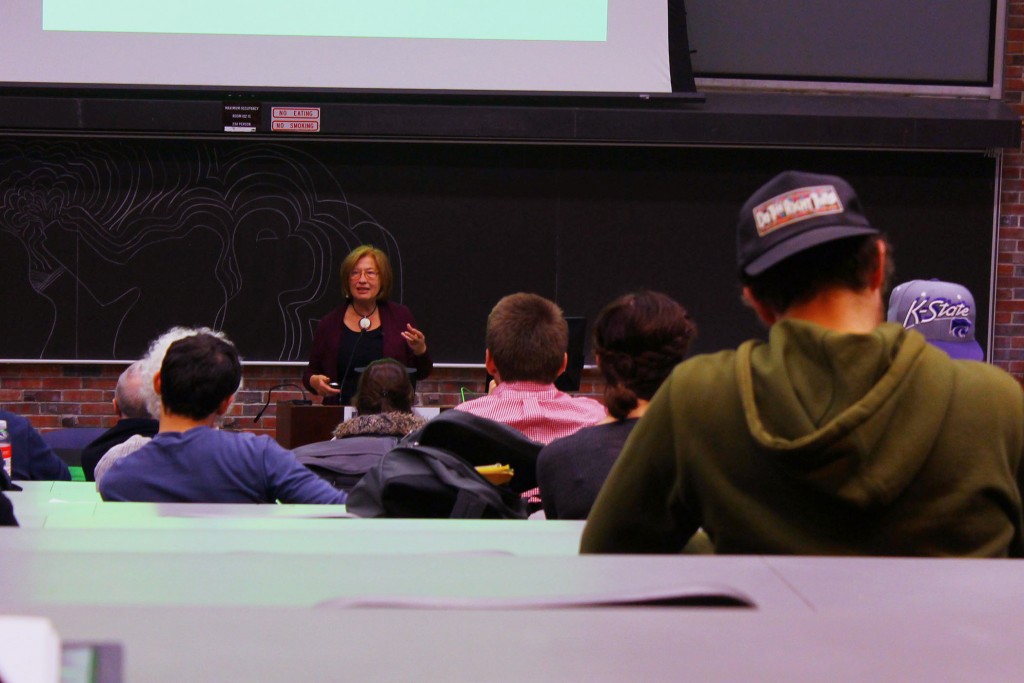