The lights of the New Paltz University Police Department station illuminated on a crowd estimated to be 300 students, chanting “Black nation on the rise, we got to educate, agitate, organize,” “No justice, no peace,” and “Hands up, don’t shoot.”

Two students held up large signs that read, “My skin color does not make me a criminal,” and “No justice, Michael Brown.”

The Monday before Thanksgiving, students gathered together through the use of social media to collectively release pent up emotions and frustrations in reaction to the Michael Brown verdict, and would later unite under similar circumstances after the Eric Garner verdict was made public. Students released their emotions through chanting and sharing their own personal stories and spoken word.

“I watched the non-indictment of Michael Brown’s killer, Darren Wilson, live with one of my peers. I couldn’t help but cry because another black life had gone uncared for by this government,” said Maria Iskaros, Student Association senator. “I felt broken, but knew that Michael Brown’s family was experiencing something much worse.”

Such outlets for expressing emotions can be cathartic, one official said.

“It affects our psyche on different levels of development,” said Gweneth Lloyd, director of the Student Counseling Center on campus. “Misdirected anger can make us vulnerable, we must make sure we are not being vulnerable and call ourselves to action.”

By noon, students were headed towards the University Police Department station. They stopped midway to unite with other participants to hold a 45-second moment of silence for Brown, symbolizing the 4.5 hours he was left dead in the street after being shot by police on Aug. 9, 2014.

Students organized in the Student Association office so the protestors could be prepared with their rights and duties during the protest.  “It was extremely well done and all happened in the matter of 40 minutes,” Iskaros said.

Following the demonstrations that took place early morning Nov. 25, shortly after the Brown verdict was announced, would be the die-in on Monday, Dec. 8 dedicated to the deaths of both Brown, Garner, and others killed by police; where their murderers were not indicted. “Justice was not served,” said Samantha Pagan, second-year student and member of SAMI, in a flustered voice.

The die-in took place in the Atrium of the Student Union with approximately 50 people from the SUNY New Paltz community. For 15 minutes, students, teachers, and faculty lay on the floor motionless.

“Our students have gotten to a place of empathy in terms of institutional racism. This is a wake-up call for this generation. It is a very personal wake-up call. It is in your face,” Lloyd said.

Campus organizations have continued to organize students around sociopolitical issues such as police brutality and institutional racism and their efforts can be seen documented on social media using the hashtag #NewPaltzWakesUp.

“The first demonstration raised the most awareness because it was so eruptive, and the other demonstrations people have organized have kept the dialogue and awareness alive,” Iskaros said.

The injustices are in focus now; they are boiling over, Lloyd said. She recommends students deal with these sociopolitical issues and their emotions by envisioning themselves as change agents, achieving positions of power, looking for opportunities where they can make a difference, questioning iniquities in the justice system and staying vigilant and proactive instead of reactive.

“It was frustrating to hear that some of the problems we face here are a part of a greater societal issue that needs focus,” said Osato Okundaye, president of the Student Association. “But it was breathtaking, seeing the amount of students come together after the indictment, hearing the force through the voices of that many students who showed up really solidified the feeling of the experience.”

Thu Feb 5 , 2015
After anticipating up to two feet of snow and bringing the Northeast United States to a standstill, snowstorm Juno ended up spreading more panic than flakes.  SUNY students took to the streets to enjoy a day off. Here are photos from our contributors. 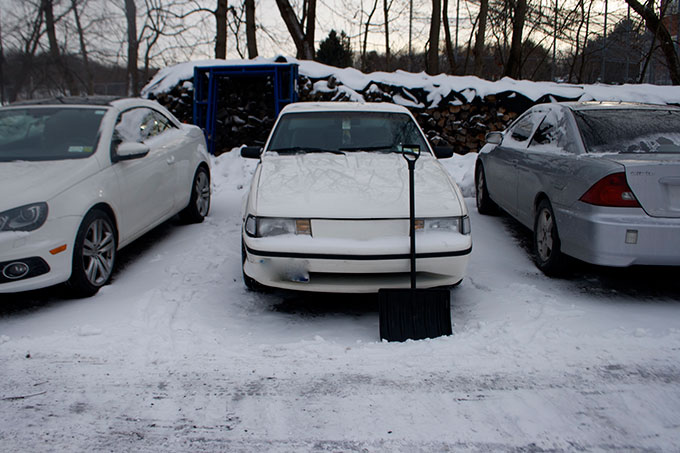