President Barack Obama set a hard line during the State of the Union Address in January 2015, saying he wanted to ensure recent economic improvements would be enjoyed by all Americans.

The chief executive voiced support for paid sick leave, a higher minimum wage, the closure of corporate tax loopholes and touted his plan to make community college free for all Americans.

In his opening remarks, Obama said the U.S. economy was creating jobs at the fastest pace since 1999, and “the shadow of crisis has passed” since the Great Recession was in full swing when he took office six years ago.

Using the term “middle-class economics,” Obama said “this country does best when everyone gets their best shot.”

He challenged Congress to “trying living off of $15,000 a year” if they believed the current minimum wage was sufficient.

He spoke against partisanship, but struck a bellicose tone in the speech, knocking Congressional Republicans for last year’s government shutdown and repeatedly threatening to use his veto power.

Some of his proposals crossed the aisle, however.

He also pushed infrastructure projects, receiving perhaps the roundest applause of the night.

Though the majority of his speech touched on domestic affairs, the president also addressed foreign policy.

Obama urged caution in engaging America’s enemies abroad, saying that though no options were off the table when dealing with Iran’s nuclear ambitions, he felt diplomacy was the best route, and threatened to veto any additional sanctions against Tehran that would derail the process.

He also said he wanted to re-open ties with Cuba and only use drones in a “properly constrained” way.

However, he took a pugnacious tone with The Islamic State, saying he wanted Congress to authorize military action against the group, which currently governs an estimated 8 million people in areas of Iraq and Syria and has been accused of gross human rights violations.

“I have no more campaigns to run,” the president remarked towards the end of the speech, which was more progressive than those over the last few years.

When a heckler cheered, the POTUS chucked, saying, “I know, ’cause I won both of them.”

Thu Feb 5 , 2015
By Mariah Brown The lights of the New Paltz University Police Department station illuminated on a crowd estimated to be 300 students, chanting “Black nation on the rise, we got to educate, agitate, organize,” “No justice, no peace,” and “Hands up, don’t shoot.” Two students held up large signs that […] 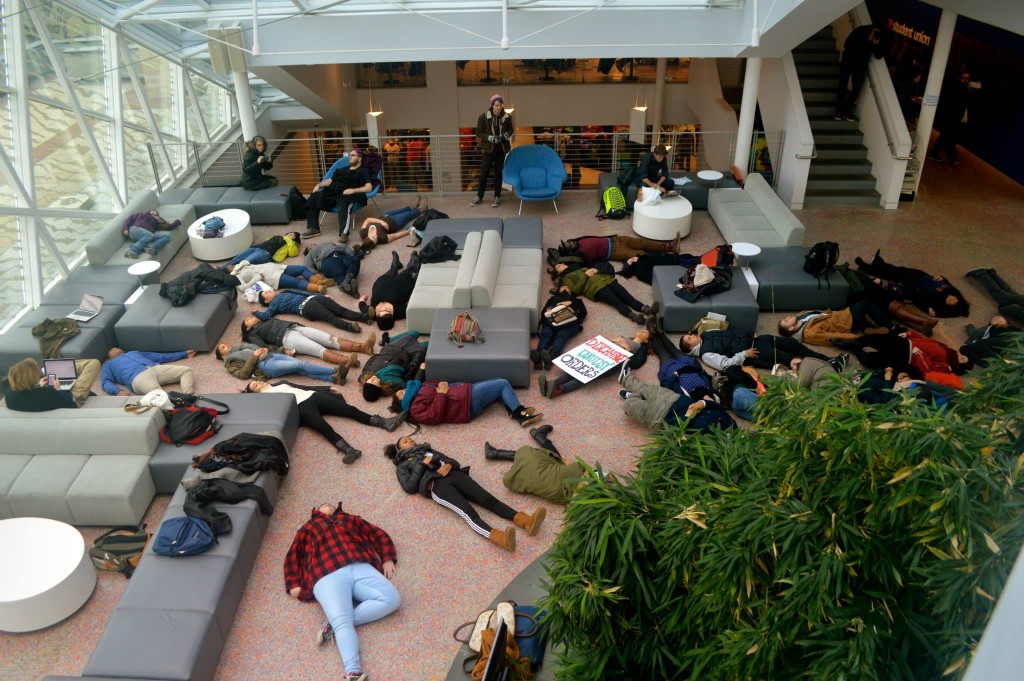