Skip to content
By Ava Yurchison
Rayburn Boland was born deaf to two deaf parents and a slew of deaf family members, and attended mainstream schooling until he was 8 years old. At that point, Boland’s parents felt that the mainstream education wasn’t fit for him any longer, because Boland was exceeding in the classroom faster than his hearing peers.
Boland, principal for the New York School for the Deaf in White Plains, laughs and says that he remembers his mainstream teacher always telling him, upon completing his work to “go and read a book.” On one particular spring day, he finished his work and was once again told to go and read. As Boland approached the bookcase full of pages, he noticed that he has read every book. He alerted his teacher who was in disbelief that he had read over 300 books. Boland protested that he had indeed read all the books.
“The teacher thought I was lying and started to ask me questions based on the books, you know the character, the plot lines, etc. And I answered appropriately,” said Boland. It was at that point that Boland’s parents decided he needed to be put in a deaf school where his peers could challenge him.
Upon attending his first deaf school, Boland was hit with a culture shock. All his life, he had been raised in a deaf family within a hearing community. He had neighbors and community members, who spoke sign, therefore, when the time came for him to attend the Alabama School for the Deaf, that was the first time Boland felt different.
“I went to a school for the deaf and realized, ‘Oh, I’m deaf, that’s my identity.’ That means I’m different from the other students here. I am in a ‘school for the deaf’. I never really thought about that,” explains Boland.
The process of becoming a member of another culture, without being born into that culture is referred to as enculturation. This is a process that many deaf students go through within their lifetime as they find their identities in both the hearing and deaf communities.According to the National Institute on Deafness and Other Communication Disorders (NIDCD), there are two genres of being deaf. The first is people born deaf the second are people born hearing but later become deaf. Every 2-out-of- 1,000 children in the United States are born with hearing loss in one or both ears. Of those children, 90 percent are born to hearing parents. On the other hand, about 2 percent of adults ages 45-54 have some kind of hearing loss, and that rate increases upwards to 50 percentThe NIDCD also reports that, “As of December 2012, approximately 324,200 people worldwide have received cochlear implants. In the United States, roughly 58,000 adults and 38,000 children.

”The Mayo Clinic explains the cochlear implant as, “an electronic device that partially restores hearing in people who have severe hearing loss due to damage of the inner ear and who don’t benefit from hearing aids.”

Doctors surgically place a processor behind the ear to capture and process sound signals, which are then transmitted to a receiver, implanted behind the ear. From there, the receiver sends the signals through wires to the cochlea, the spiral cavity of the ear which produces nerve impulses in response to sound vibrations. Once a signal has reached the cochlea, the auditory nerve continues the message’s journey to the brain, which then interprets the signals as a form of hearing.The sounds one can hear once implanted vary based on the individual. Initially, sounds can sound like a series of static and squeaks similar to when your listening to the radio and lose connection to a crackling noise. However, over time an individual can learn to turn the signals they receive into something they can understand. This is only after speech and auditory training. Such training should begin before the operation and continue long afterwards says Michael Dorman, professor of speech and hearing science at Arizona State University.

Opinions on the cochlear implant vary differ drastically based on who you ask. Many members of the deaf community feel that cochlear implants aid in the destruction of their culture. They do not feel that deafness is a disease that needs to be corrected or fixed with technology; therefore they do not see the value in the risk of having surgery to receive the implant.At the same time, some members of the community are in favor of having a cochlear implant. These people argue that the procedure does not take away a person’s deafness but rather that the cochlear implant serves as an assistive living device. Further, they contend that it aids in the enculturation process.

Johnnie Duartes, was born hearing but lost his ability at the age of two when he contracted the bacterial and fungal infection meningitis. From there, he slowly started to lose his hearing and is now completely deaf. In an effort to remain as normal as possible, Duartes attended mainstream schooling his entire life. In other words, he remained in a public school environment with disabled and non-disabled students.

Although, due to his lack of hearing, Duartes sought other ways to communicate with his hearing family, while embracing the deaf world. He learned sign language and used notepads to write things down but always felt that those modes of communication were ineffective. Duartes made the choice to get a cochlear implant and since then has found his identity within the hearing world to be stronger.

“I do like it a lot, because it help me to hear better and what will happened out there going on,” explains Duartes. He goes further to say that he does though, still identify with the deaf community through the use of sign.

Rebecca Swenson, deaf studies professor and lecturer at SUNY New Paltz, also argues that the cochlear implant can help deaf people identify with the hearing community but it is that individual’s choice and not something that should be forced upon them. She has been a member of the deaf community since she attended Gallaudet University, the first deaf university in America, but does not identify as Deaf.

“I am a friend of the deaf community,” says Swenson. She explains that she has been immersed in deaf culture for many years, although, she does not feel completely assimilated due to the fact that she is hearing.

Swenson recalls many situations while getting her degree at Gallaudet University where deaf students who attended mainstreamed high schools, high schools for hearing and non-disabled students, got their first experience with deaf culture. For many of these students, it took going to a deaf school like Gallaudet University to realize, “oh I have an identity as a deaf person.”

When it comes to technology helping to aid in the identity of a deaf person, Boland is all for it. He says that because deafness is invisible that media and other technologies such as the cochlear implant give a sense of visibility to something that is not going away.

Tue Feb 3 , 2015
President Barack Obama set a hard line during the State of the Union Address in January 2015, saying he wanted to ensure recent economic improvements would be enjoyed by all Americans. The chief executive voiced support for paid sick leave, a higher minimum wage, the closure of corporate tax loopholes […] 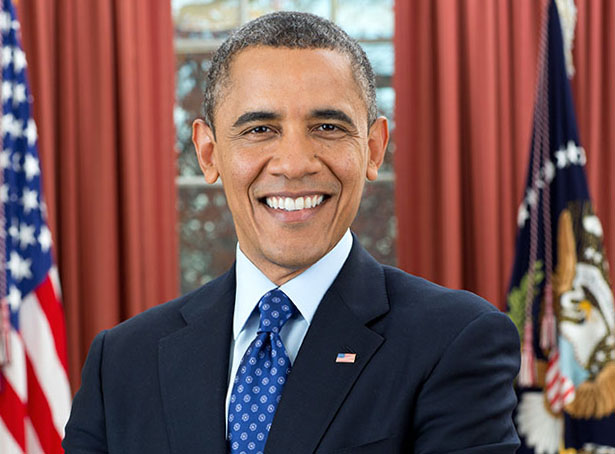