As snow dusted the town of New Paltz on Tuesday afternoon, Dec. 2, determined activists lined the intersection of Main Street and South Putt Corners while chanting together:

“No oil spills, not one drop, Pilgrim Pipeline’s got to stop!”

The activists were protesting against the construction of a proposed Pipeline to be built on the thruway. The New Paltz Climate Action Coalition and Protecting Our Waters sponsored and organized the gathering. Members encouraged concerned citizens to join the action.

Although New Paltz and Rosendale voted and passed “Resolutions Opposing Pilgrim Pipeline”, it’s hard to tell what will happen in court due to the quasi state-owned land determined by Thruway Authority.

But Dan Guenther, an original member of Climate Action Coalition said, “Our hope is that we can let them know that we’re not going to just stand by and let them walk over us, we’re going to put up a fight.”

The goal of the demonstration was to send a strong message to the New York State Thruway Authority that the pipeline should not be allowed on a thruway easement. The proposed pipeline would run 178-miles long. Pilgrim claims the methods in constructing the pipelines are the safest and most environmentally friendly to date, but environmentalists believe the construction will bear tremendous risk with little to no reward.

According to the Pipeline and Hazardous Materials Safety Administration, “light sweet crude oil” or Bakken shale oil is extremely flammable which poses significant risk and potential for deadly explosions if released in an accident. Organizers say construction would damage land and water adding to climate change, and put residents at risk.

Miriam Strauss, co-chair of New Paltz Climate Coalition claimed in the press release that Pilgrim Pipeline Corporation has been acting in an intimidating manner toward property owners along the lines of the proposed pipeline.

The Most Popular Dog on Campus

Thu Dec 4 , 2014
By Jess Napp One cold January day in New Paltz, Augie darted onto the frozen pond on the SUNY New Paltz campus to chase away Canadian geese and fell through the ice. His trainer and handler, Mike Malloy, immediately started to undress himself, prepared to plunge into the frigid water. Amidst the chaos […] 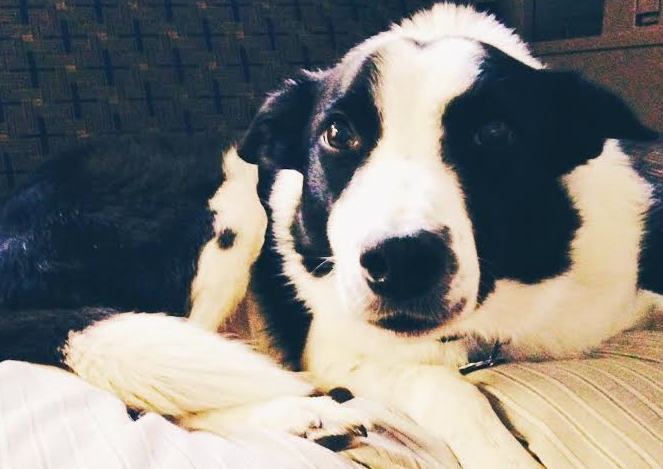