“Um…this fall, man this is very tough…this fall I will take my talents to South Beach and join the Miami Heat.” With this statement, millions of hearts were broken. Cleveland fell into despair and their fans were shocked and outraged. The man they worshiped, called a “King,” was gone. There seemed to be no hope of him ever coming back. Then this past summer, everything changed. Cleveland is about to get back their “King.”

In 2010, LeBron James made a fateful decision. He left Ohio, his home, and the state that embraced him as a hero. He left the Cleveland Cavaliers and took his talents to South Beach to join the Miami Heat. James enjoyed unprecedented success in Miami by making four straight NBA finals appearances and winning two of them. Now, four years later, “King” James makes his return to Cleveland, Ohio, to play for the team that brought him into the league 11 years ago. He now seeks to bring glory to a city that has not seen a major sports championship since 1964.

The Cleveland Cavaliers had the first overall pick at the NBA draft June 26, 2003 in New York City. There was only one clear cut choice. LeBron James. As a rookie for the Cavaliers, he shined. He averaged 20.9 points, 5.5 rebounds, 5.9 assists and 1.6 steals. James only got better and better as the season progressed. He was dominant on the court and worked his way up the NBA ladder to eventually be considered the absolute best player in the league. Many fans of the NBA loved James.

“He was a great influence for the league, the city he played in and for his community,” said Melissa Kramer, a second-year sports writer for the New Paltz Oracle.

“I thought he was a great all-star and had all the tools to be a successful NBA player. He was dominant,” said Zach Grossman, an SA senator and recreational basketball player at SUNY New Paltz.

James led Cleveland to the finals on one occasion and was constantly putting them in contention to win the ultimate prize. Beneath the surface, however, things in Cleveland weren’t as happy as they seemed. James felt as if he wouldn’t win a title in Cleveland and went to chase a championship in South Beach.

James, Chris Bosh and Dwyane Wade joined forces in Miami in the summer of 2010. Bosh left the Toronto Raptors just as James left the Cavaliers. Needless to say, some of his fans were not happy.

“I hated him,” said Grossman. “Personally I wanted him to go to the [New York] Knicks but oh man…I felt like he was the biggest jerk in the world. I thought he did it for the money.”

“I thought less of him,” said Karl Evers-Hillstrom, a third year journalism major at SUNY New Paltz. “His T.V. special was not needed and he was a real jerk in that situation. I hated him.”

“It was betrayal,” said Grossman

The three of them formed a “Big Three” in Miami, won two NBA championships and the rest is history. But now we get to the heart of this story, the King returning to his kingdom.

On June 15 of this year, the San Antonio Spurs defeated the Miami Heat in game five of the NBA finals to win their fifth championship in franchise history. LeBron James and the Miami Heat were thoroughly and completely dominated throughout the series and for the first time in about four seasons, the Heat looked mortal.

Soon after the loss, on June 25, James opted out of his contract with the Miami Heat. He became an unrestricted free agent and any NBA team was able to sign him to a deal. The Cavaliers and James were ready to rebuild the bridges that were burned four years ago. The owner of the Cavaliers, Dan Gilbert, apologized to James for his scathing letter four years prior. Cavaliers fans were starting to believe maybe he really could come home.

The very foundations of the NBA were rocked once again on July 11. LeBron James announced, via an article in Sports Illustrated that he was returning home. He was returning to the place where “He ran, he cried, and he bled.”

“People are gaining respect back for him again, I hear people and fans talking about how this was a great decision by LeBron,” said Grossman. “He’s gaining back the support of NBA fans.”

“LeBron’s image is being restored and fans are flocking back to him. He is more popular now than he has been at any point in his career,” said Evers-Hillstrom. “Cleveland and Ohio in general are just incredibly happy; this is good for the NBA.”

“Economically is a great thing as well, as it being good for the NBA and for LeBron,” said Grossman, and “season tickets have already been sold out for months and now stores and businesses in downtown Cleveland will see a huge boost in tourism and cash flow. It’s great.”

Soon after James announced his decision to return to Cleveland, other NBA stars followed in hopes of being his teammate, and getting a shot at an NBA championship. Mike Miller, a deadly three-point shooter in the NBA also joined the Cavs, as did James Jones, another NBA sharpshooter. Both were teammates with James in Miami. Shawn Marion, a 17-year NBA veteran, joined the Cavaliers as well, hoping to use his skills as a defensive specialist. In addition to the improved roster, is the Cavaliers All-Star power forward, Kevin Love. Love was the fifth overall pick in the 2008 NBA draft and has proven over the years that he is one of the best power forwards in the NBA.

Add those players to a core of All-Star point guard Kyrie Irving, Dion Waiters and Tristan Thompson, the Cavaliers are primed to be competitive once again. In one summer, the Cavaliers managed to turn their entire team around and now have envision dreams of glory.

“Winning a championship in Cleveland would be James’ biggest accomplishment,” said Kramer. “It would be amazing for him to share a championship with his hometown and home state.”

“It would mean so much more than winning a championship in Cleveland than in Miami. Cleveland has a history of failure in sports and if LeBron brings a title to Cleveland than he will be seen as a hero among the fans,” said Evers-Hillstrom.

The Cleveland Cavaliers and their fans have had quite a ride in the past 11 years. They knew what success felt like for seven years and then had it taken away in an instant. Four years later, they are now primed to feel success again. The King has returned to his throne, bringing hope, success, happiness and glory. The boy from Akron, Ohio is ready for the challenge.

“In Northeast Ohio, nothing is given. Everything is earned. You work for what you have. I’m ready to accept the challenge. I’m coming home” — LeBron James

Thu Oct 9 , 2014
By Jonathan Perry Living with HIV/AIDS can be exhausting. This is not only a physical challenge, but also a mental one, as people with HIV must deal with their own fears as well as myths and misconceptions about this disease by the general public. These were just some of the […] 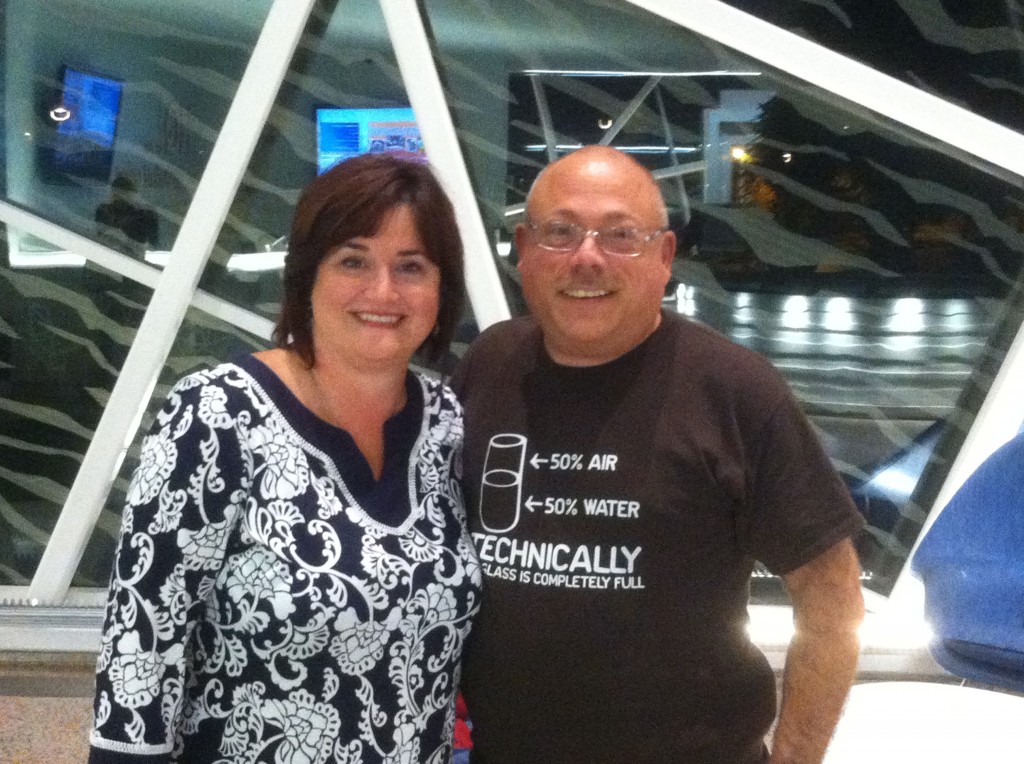