SUNY New Paltz is in the process of joining fellow campus communites by improving its bike friendliness.

The League of American Bicyclists recognizes colleges and Universities that promote and provide a bicycle-friendly campus. Participating institutions include University of Minnesota, Colorado University, Princeton, University of Michigan and Cornell. Recently, even more colleges, including SUNY campuses, have been moving towards bike-friendly status.

According to Lisa Mitten, the campus sustainability coordinator for SUNY New Paltz, the Athletics and Wellness Center is in the process of developing a bike-share program. When this program is implemented, students will be able to rent bikes for the entire semester for a nominal fee.  The expected launch of the new bike share program is August 2014. Currently, mountain bikes can be rented on a daily basis from the Athletics and Wellness Center.

Robin Weinstein, a fourth-year photography student and an avid biker, thinks the campus community needs to work on becoming more accessible for cyclists.

“There are so many staircases [on campus] so you always have to plan a route that avoids them. Instead of taking a direct route to my class, I have to take longer detours through parking lots or on roads,” Weinstein said.

While biking on campus can prove to be a challenge, a recent increase in the availability of bicycle parking has helped. This past fall, new bike racks were installed all over campus, including several at the SAB/STL/FAB quad and under the covered portion near the library.

“I remember my first year, there was that big set of bike racks near Wooster [Science Building] that was always filled up and bikes were always falling on top of each other and I don’t see that happening anymore,” said Weinstein, who has noticed the increase in adequate bicycle parking in recent years.

Jayna Cowal, another zealous biker, and a third-year photography major said she has trouble finding places to park her bike when she’s not on campus.

“On campus there are enough places to park my bike, but in town it is a little more difficult to find a place. I usually have to find a fence or a pole somewhere in order to lock it up,” Cowal said.

Luckily for students, even more bike racks are expected to appear on campus soon.

Once the LeFevre Hall renovation is complete this August, there will be outdoor, covered bike racks on the east side of the building.

Mitten said she hopes a biking committee led by both faculty and students will be formed this semester, but more interest is necessary to getting it started.

“I am currently discussing this opportunity with a number of faculty and students.  The committee could use additional members, especially since two student bike enthusiasts are graduating at the end of this semester,” Mitten said.

The sustainability committee will vote later this semester on whether to form a working group on bikes in May. At that point, students, faculty or a combination of both will have the opportunity to join and lead the bike working group. The organization could then apply for New Paltz to become a “bike-friendly campus.” This is a status that colleges and universities can apply for on different levels: bronze, silver, gold and platinum depending on the particular campus.

The New Paltz Bicycle and Pedestrian Committee is working to make the town more bike friendly as well. The Hudson River Valley Greenway has recently awarded the Town of New Paltz an $8,500 Greenway Conservancy grant for the New Paltz Flats Bicycle and Pedestrian Trail Project. This grant will be used to create a trail from the Wallkill River in the center of New Paltz to the Wallkill View Farm Market. Plans for the trail include both bicycle and pedestrian paths to increase the bike-ability and walkability of the area. Advocates for the idea hope that the easier access will help to increase sales for stores in town.

If you are interested in joining the newly forming bike committee, contact Lisa Mitten of the Office of Campus Sustainability at mittenl@newpaltz.edu.

Thu May 8 , 2014
The importance of science vs. the significance of liberal arts in undergraduate college education has created an ongoing discussion between SUNY New Paltz faculty and staff about the future of the General Education (GE) requirements at the college. The question of what GE requirements SUNY New Paltz students should be […] 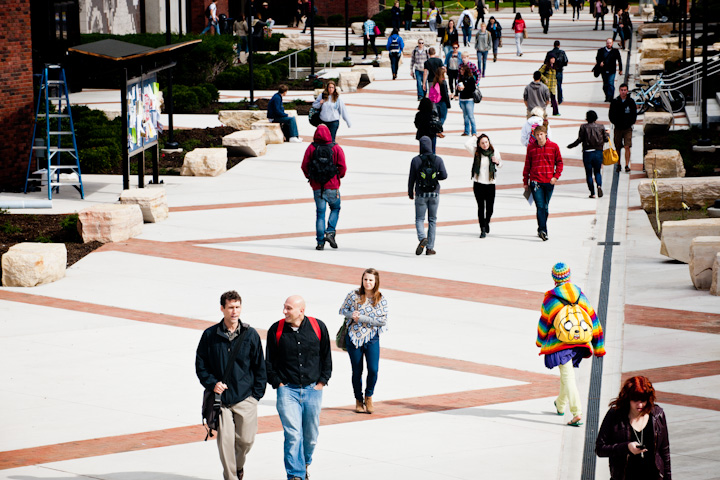