Exercise, Freedom, Happiness, Relaxation. All of these words can be used to describe hula-hooping. Despite the idea of hula-hooping being a children’s activity, it is a true art form, a practice and a great source for exercise.

A study done in 2010 by the American Council on Exercise revealed that working out with a Hula-Hoop burns as much as 210 calories in only half an hour. “When I started hooping four years ago I was about 15 pounds heavier and couldn’t touch my toes. It’s pretty remarkable how transformative a simple plastic ring can be,” Brianna Clements from Red Hook, New York said.

Hula-hooping is a great core strengthener. It works 30 different muscles in and around your core such as the internal and external obliques and the transversus abdominis, according to Diana Defries, founder of Hoopswhirled—a London-based hooping related business. Hooping also builds stamina and it is great cardio exercise, even if you are only practicing for 10 minutes a day, she said.

According to HoopRelief, since ancient times healing powers have been attributed to dance and movement. Not only is hooping great physical exercise, but also provides an outlet to many who have found themselves struggling with depression and anxiety. “I personally have anxiety problems and have found hooping to be incredibly helpful when my anxiety and stress begin to take over,” Kara Dott from Albany said. “When I pick up my hoop and put on my favorite music, I don’t have time to overthink and continue the vicious cycle of anxious thoughts. Whenever I start hula-hooping, I get lost in the motions of it. The repetitive motion is soothing and therapeutic. It immediately calms me.”

Kara said she hoops for fun, but that hooping requires serious focus and determination, which connects her even more to her body and mind.

“Hooping gives me an outlet. It’s like dancing with a partner but your partner just flows with you,” said Kelly Kennedy from Miller Place. “I started hooping just because it seemed fun, but then I realized how many new things you could work towards and how free it makes you feel.”

The “hooping movement” began at music festivals around the United States, but has now blossomed into a much more mainstream activity. “I saw hoop dancers for the first time at Mountain Jam Music Festival on Hunter Mountain four years ago. They were mesmerizing. I was enamored with their grace and athleticism and quickly realized I wanted to be a hoop dancer,” Clements said.

Briana now performs professionally. Over the four years she has been hooping, she has really dedicated her life to it. And she wouldn’t want to be doing anything else.

“I haven’t experienced anything that compares to the euphoric feeling I get when I’m entertaining a crowd,” she said. “A couple summers ago I did an evening street performance in Times Square. I set up beneath the Times Square cam that feeds footage to the Jumbotron. Not paying mind to the people around me, I started dancing. About five minutes into my performance, my eyes caught a glimpse of the several story screen above me. A crowd of 200 or so had formed a dense ring around me. It was a pretty powerful moment. I was able to savor my spotlight for all of 20 minutes before NYPD came to break up the herd of onlookers.”

Now that more people are discovering the benefits and joy of hula hooping, the community has grown into something wonderful, connecting people all around the globe. “Of all the communities and social groups, I’ve been a part of this one feels most like home,” Clements said. Dott said, “hooping and the community have helped her to break out of her shell and feel more comfortable sharing her talents.” Hula-hooping can be a group activity just as much as a solo one. Hooping in groups provides a feeling of belonging to something. Being surrounded by people who share your passion is uplifting. Hooping in a group can give you the opportunity to learn from observation and also share what you know but it is also important to invest time hooping for yourself and developing your own personal style.

Hula-hooping is easy to start. Just pick up a hoop and start spinning. At first, it can seem frustrating and maybe even impossible, but if you stick with it, just like anything, you will begin to understand the movement and improve daily. “Remember that there is no wrong or right and everyone has their own unique flow. Always keep a positive mental attitude about what you are doing,” Dott said.

No matter your skill level, many hoopers will tell you that it is an outlet that provides you with great physical exercise and a positive outlook on life. Hoop dance offers the chance for personal transformation through experience of self-embodiment, joy, flow and opening to the creative potential for self-healing.

Thu May 1 , 2014
Dorsky Exhibition from The Little Rebellion on Vimeo. The 80’s are alive and well on the SUNY New Paltz campus, as the Samuel Dorsky Museum showcases the decade in its current exhibition. With an array of jewelry, photography and prints dating back to the era, the eclectic collection entitled ‘1980s […] 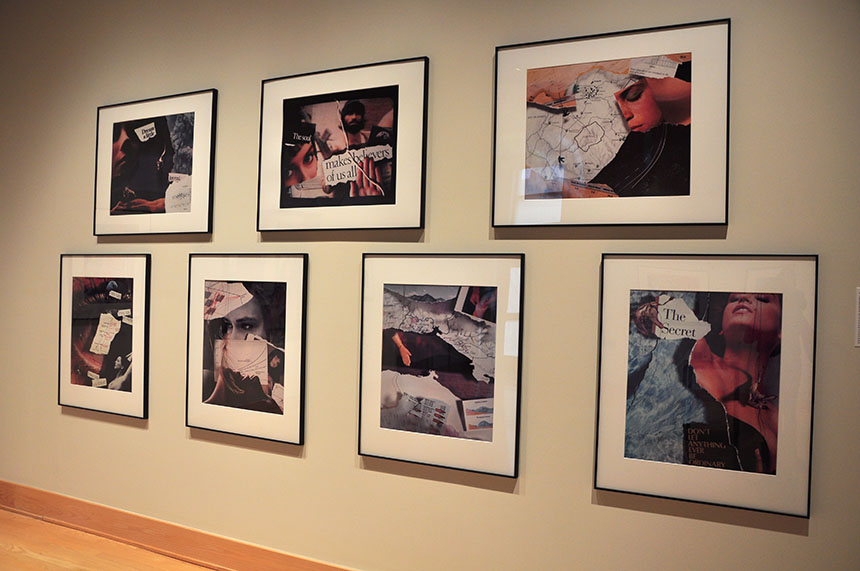