Overwhelmed students can seek help through on-campus counseling. However, this increasing trend proves to be a controversial topic on the SUNY New Paltz campus, where students have been affected by policies limiting session amounts and availabilities.

At SUNY New Paltz, the Psychological Counseling Center (PCC) implements an eight-session limit per academic year for students looking to get individual help.

Second-year history major Evan Rosenberg went to the center for several sessions before the graduate student who was counseling him transferred to a different department, causing him to feel like ‘someone’s project.’

“You can’t put a limit on how much help someone can receive,” he said. “It needs to be changed.”

Yet, the majority of schools in the SUNY system abide by the eight-session policy, according to Senior Counselor at the PCC, Sue Acosta.

“What we do here is solution-focused therapy addressing immediacy,” Acosta said. “It’s a very effective way of helping. We’ve all seen it succeed. If it wasn’t effective we wouldn’t be doing it. We can’t play around with student safety.”

After a sexual encounter that verged the line of assault, one student who claims she sought immediate help from the campus counseling center, was “turned away” and told to make an appointment.

With messy hair and a swollen face from crying, this third-year female student, who asked to remain anonymous for privacy reasons, went to the center and was asked if her situation was an emergency.

The student was told to come back or call back since they were booked for the rest of the week.

“I didn’t want to spill my soul to the receptionist in a waiting room with other students, especially since what was bothering me was so personal,” she said.

Even though she stated she wasn’t suicidal, the student said she was disappointed with the counseling center for sending someone away who was visibly shaken up and upset.

Acosta said normally when a student comes in and expresses need for urgent assistance, they are accommodated.

“If they feel the situation is immediate we are here to address it,” she said. “We are pretty good at making an assessment. Usually people who come over here are looking for help and will say it. That’s the reason they come.”

The free sessions are appealing to many students looking for guidance. Over 600 students utilize the SUNY New Paltz counseling center per year, but the short-term style of care the center offers is limited due to budget restraints and solution-focused efforts.

“There are some people who come in with past trauma that can’t be fixed with eight sessions,” Acosta said. “We keep that in mind [when referring off-campus]. We’re here to help people who are really struggling. Eight sessions seems like a short time, but it can be really helpful.”

Zach McGrath, a fourth-year commuter student and father of an autistic child, went to the center once and was referred to therapy off campus. He said he is in favor of the eight session limit, and welcomed more specialized help.

“There were a lot of people there when I went, and the center can only do so much,” he said. “As an emergency-type situation, they were there for me the way that I had hoped they would be. I think anyone that’s looking to go there for a long term fix is looking in the wrong direction. They have resources there, but they are not the be all, end all.”

McGrath said he recognized the “stepping stone” role of the counseling center and went off campus for further counseling, despite financial concerns, a deterrent for many students.

According to Acosta, most of the referrals the counseling center makes to off campus therapists take insurance. Even further, most offices will see students on a sliding-scale pay agreement, for as low as $5 if needed.

“People often times are ashamed to go get help,” McGrath said. “Because not only do you need to ask for mental help, but also economic help. It’s not easy for very many people to swallow their pride twice over.”
The Psychological Counseling Center can be reached at 845-257-2920 to make an appointment Monday – Friday 8:30 a.m. to 5 p.m. For a mental health emergency, contact the PCC “Emergency Contact for Student Consult” by calling the University Police Department at 845-257-2222 and requesting assistance.

Farming: The "Invisible Economy" in the Hudson Valley

Thu Apr 17 , 2014
Local farms are recognized as a staple for the Hudson Valley. Since the region is often associated with the taste of freshly picked September apples and cider stands, many say that the local farms in region produce food with a flavor and richness that packaged produce simply can’t offer. The […] 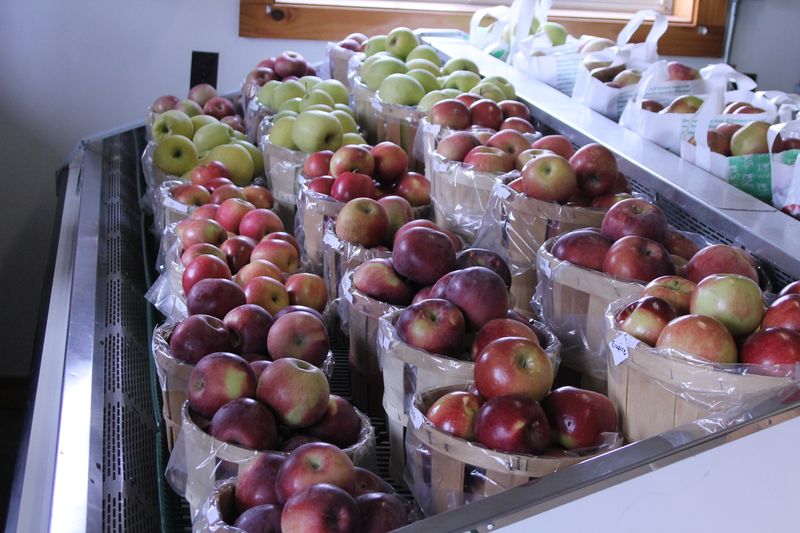