Staying bright-eyed and bushy-tailed for an action-packed day in college can be difficult, so it seems only natural to start the day off right … with caffeine.

But if you tend to get agitated at others before your morning fix, or you get headaches when you go without that afternoon soda, you might have a problem.

According to a recent study, co-authored by Psychology Professor Laura Juliano of American University, some caffeine users have withdrawal symptoms when they don’t consume, known as “caffeine-use disorder.”

People with this condition are often unable to reduce their caffeine intake, even though they are aware of health complications the addiction is causing. Caffeine Use Disorder is a serious issue that interferes with daily functioning, but that does not mean you can’t consume caffeine without harm.

If you feel the constant need for caffeine, here are some ways you can cut back, without completely giving up that cup of coffee.

The phrase ‘quitting cold turkey’ does not apply to caffeine addiction. Most people who make the decision to halt their caffeine intake feel miserable and return to their old habits. If you are serious about decreasing your daily caffeine amount, then you need to undergo a gradual transition.

Based on the latest research, Laura Juliano recommends healthy adults should limit caffeine consumption to no more than 400 mg per day, about two to three 8 oz. cups of coffee. So, if you drink five bottles of soda a day, cut back one bottle each day until you reach 400 mg of caffeine.

You might want to give up when you start having withdrawal symptoms, such as feeling lethargic, but just drink a lot of water and remember these symptoms are a result of over-consumption.

Exercise in the Morning!

Drugs give you a false sense of feeling your best, which is tricky when it comes to caffeine.

“Addiction is trying to do, in an artificial forced way, what we want to happen in an organic way,” said Dr. John Montgomerey, a SUNY New Paltz professor specializing in addiction.

Try putting aside time in your daily schedule to exercise. Going for a run in the morning or a bike ride is naturally energizing. You won’t want to “run on Dunkin” when you are running on the natural power of adrenaline. It might be more convenient to grab that energy drink than do a set of push-ups, but ultimately you will feel better and ready to take on the day if you exercise.

Instead of buying a large Cup O’ Joe, switch up your order.

“Consider having green or oolong tea, which only has 35 mg of caffeine per 8 oz.,” said Vicki Koening, registered dietician and nutritionist in New Paltz, N.Y.

You are still satisfying your caffeine craving, without overdoing it. Plus, green tea is loaded with antioxidants and oolong tea boosts your metabolism, so it’s a win-win!

Relying on caffeine to stay awake and feel normal points to one major problem: You are not getting enough sleep. You may think that, “the power of caffeine will allow you to get away with less sleep, stay up later, have more fun and still be able to get your work done.” But cheating sleep can lead to harmful effects to both your brain and body.

Sleep loss can cause brain damage because neurotoxins are not being cleared up properly, according to neuroscientist Sigrid Veasey of the University of Pennsylvania.

If you can’t get the recommended eight hours of sleep, try to take a twenty minute nap when feeling sluggish. A small amount of rest is much better for you than a 5 Hour Energy Drink.

The Evolution of Ethics

Thu May 1 , 2014
In 1859, Charles Darwin’s On the Origins of Species introduced a radical idea that has since influenced countless thinkers and effectively changed the way people view the world — the theory of evolution. The finches of the Galapagos Islands became the classic example for Darwin’s theory of how natural selection […] 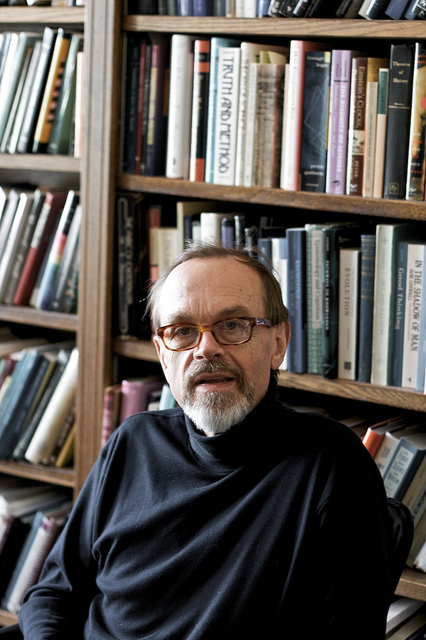