Skip to content
Three goal posts stand at different heights on two ends of a field in the middle of Old Main Quad. A whistle blows and two teams charge from the posts towards a volleyball midfield.  Some are already holding clear, plastic balls as they charge and one stays behind to guard the posts.

A golden “snitch” watches in the distance. He’s waiting for two runners to try to grab the sock full of tennis balls around his waist. He knows this game of Quidditch depends on it.

These were the stakes Sunday at the First Annual Quidditch Tournament hosted by Dumbledore’s Army of New Paltz (DANP). A crowd gathered to watch members from DANP, the New Paltz Rugby Football Club (NPRFC) and others come out to take part in the magical sport from J.K. Rowling’s Harry Potter series.

For this event, DANP raised funds for the World Wildlife Fund (WWF) and the Hudson Valley Society for the Prevention of Cruelty to Animals (HVSPCA).

Bongiorno said DANP has been trying to set up a Quidditch tournament for three years, but lack of interest has always held the idea back. Bongiorno was appointed president of the Quidditch Committee, which worked to make the tournament possible. 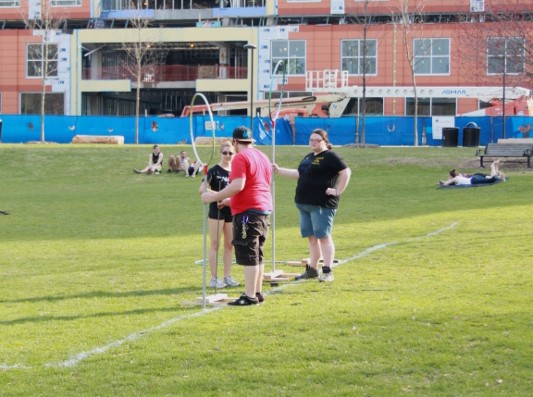 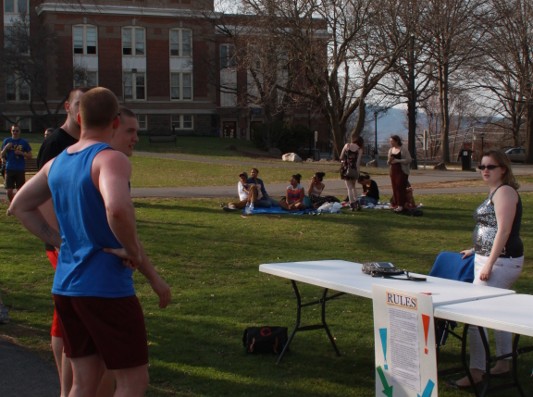 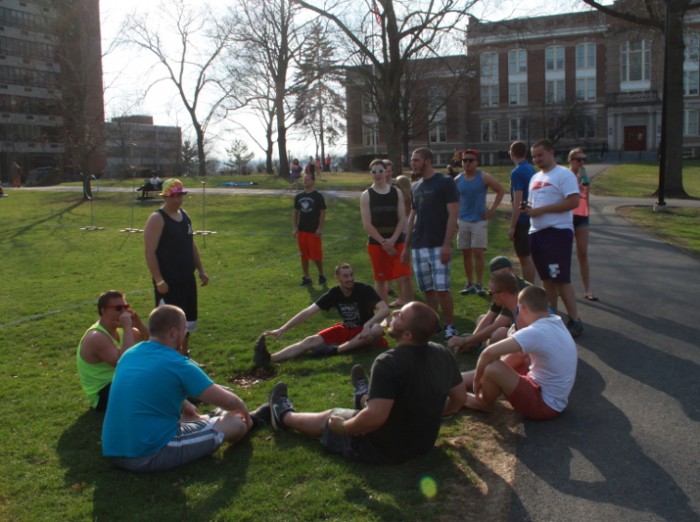 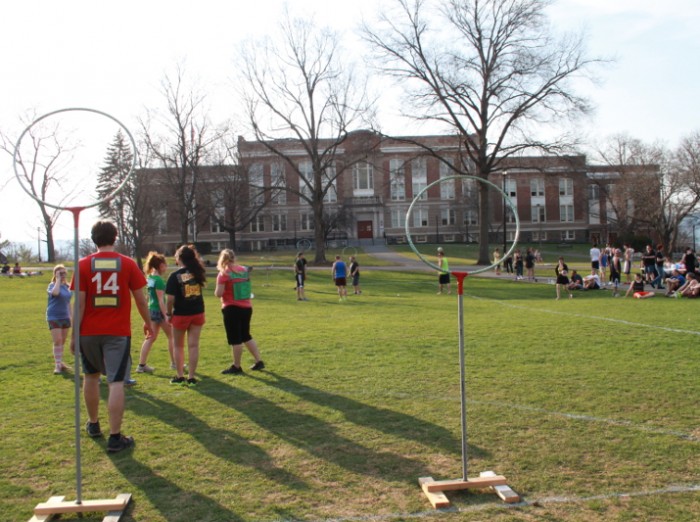 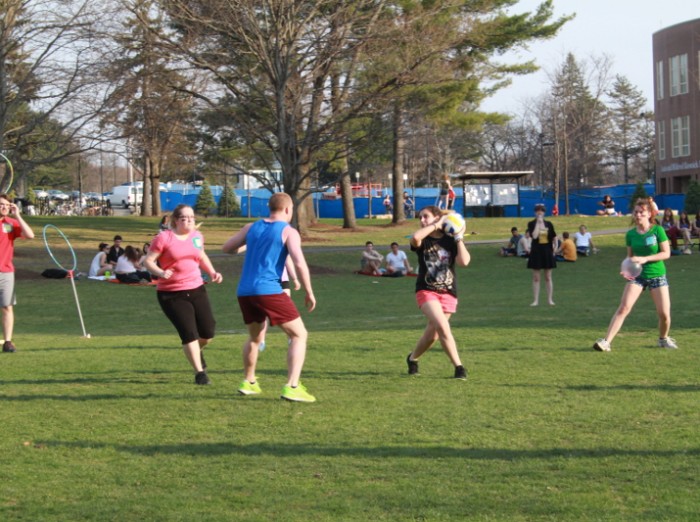 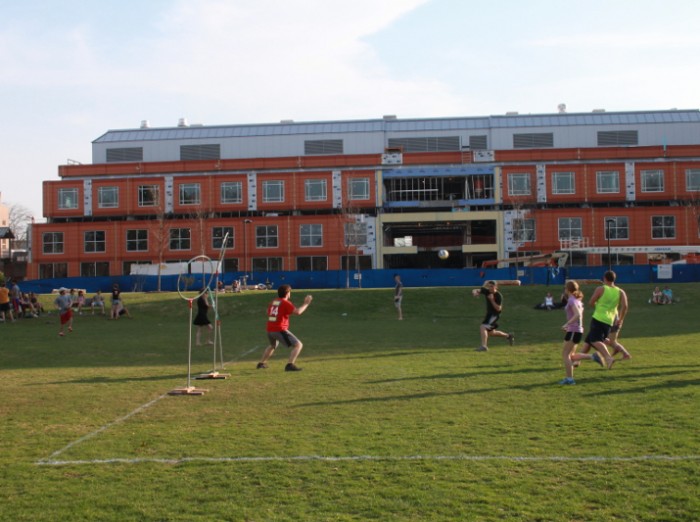 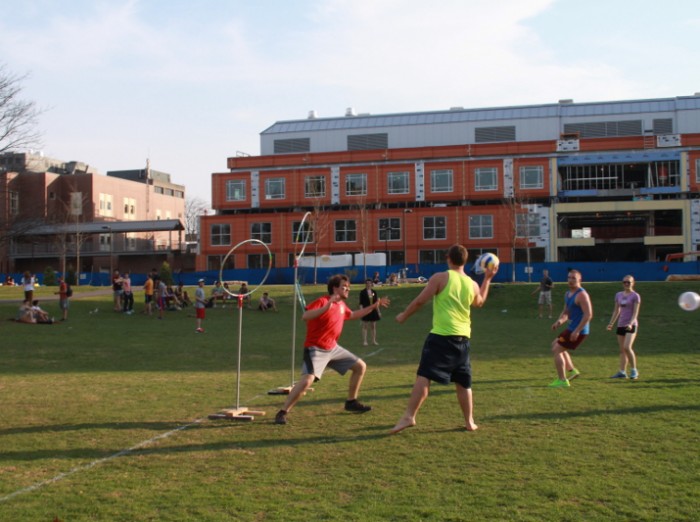 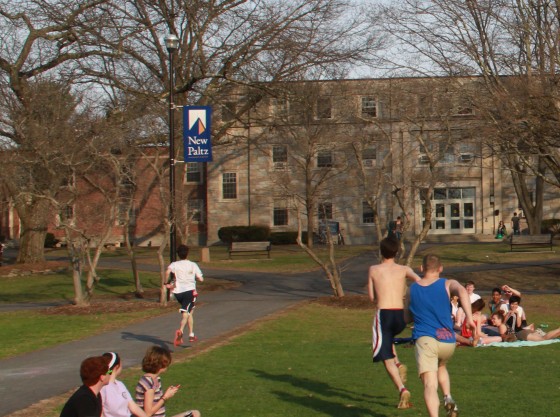 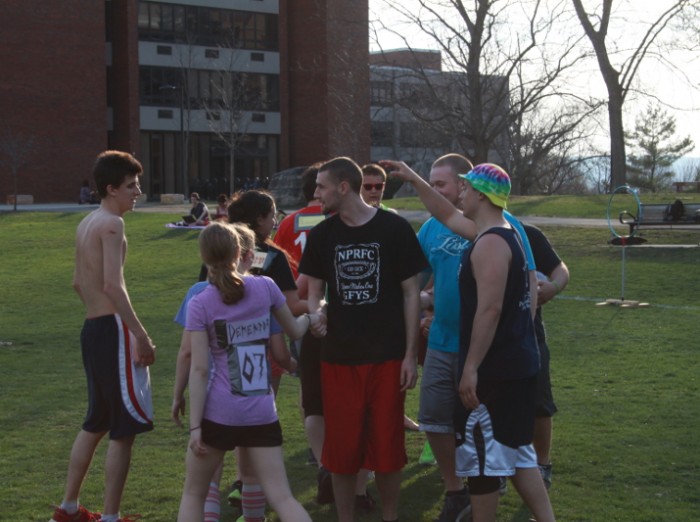 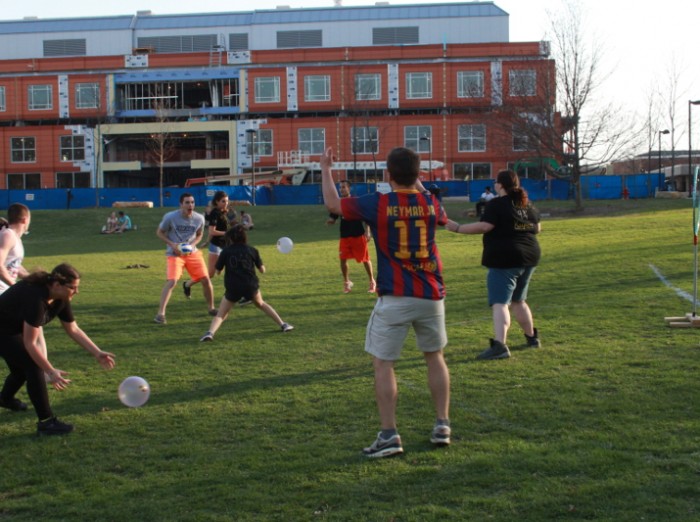 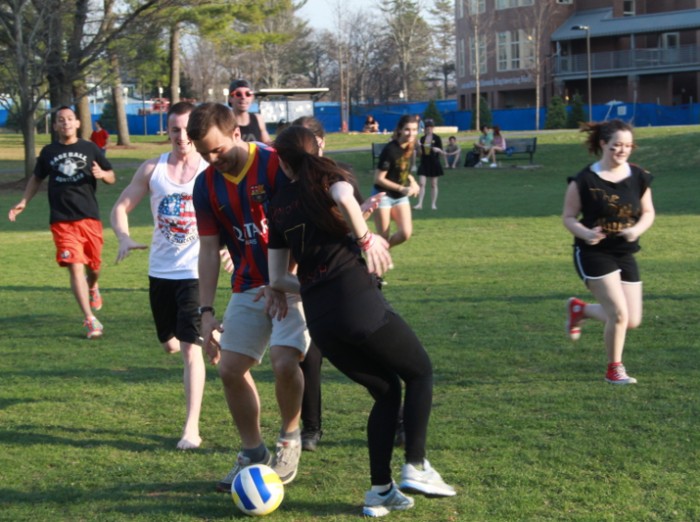 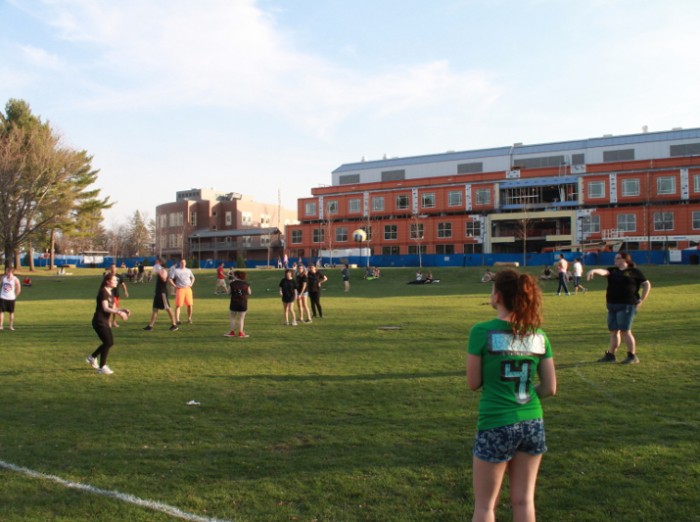 On other campuses, the game follows International Quidditch Association (IQA) rules, which could sometimes call for a whole campus to be used as a playing field. DANP decided to play a simpler version so anyone could participate. Brooms, a symbol of the game, were removed to make sure no one was hurt.

The volleyball in the center served as the “quaffle,” which scores a point when thrown into one of the hula-hoop stands set up as goal rings. The ‘Chaser’ was the one who dealt with the quaffle, but the Chaser was always under pressure from the ‘Beaters.’ The clear plastic balls served as ‘bludgers,’ which the Beaters used to knock the quaffle out of the Chaser’s hands.  Keepers kept a close eye on Chasers and deflected quaffle shots.

The highlight of the match was the Golden Snitch. IQA rules calls for a person to act as the snitch, and they can run anywhere within the sight of the referees while “Seekers” from each team attempt to chase them and grab a tennis ball from their waist. Through bushes and crowds, up trees and over rocks, the snitch always kept the crowd on their toes. Whoever catches the snitch won the game for their team.

Four teams faced off: The Nifty Nifflers, made up of DANP Executive Board members; The Magical Creatures, made up of other DANP members; The NPFRC and the Bloody Barons, a group of people outside DANP that signed up to play.

DANP is looking to combine the funds from this event with those from the “Yule Ball,” their biggest event of the year, to send to WWF and HVSPCA.

Thu Apr 24 , 2014
In a cluttered room on the third floor of the Student Union, the walls are lined with cans of chicken noodle soup, jars of Jiffy peanut butter along with a number of non-perishable food items. In what was once just an office, on-campus Pastor Dianna Smith has done away with […] 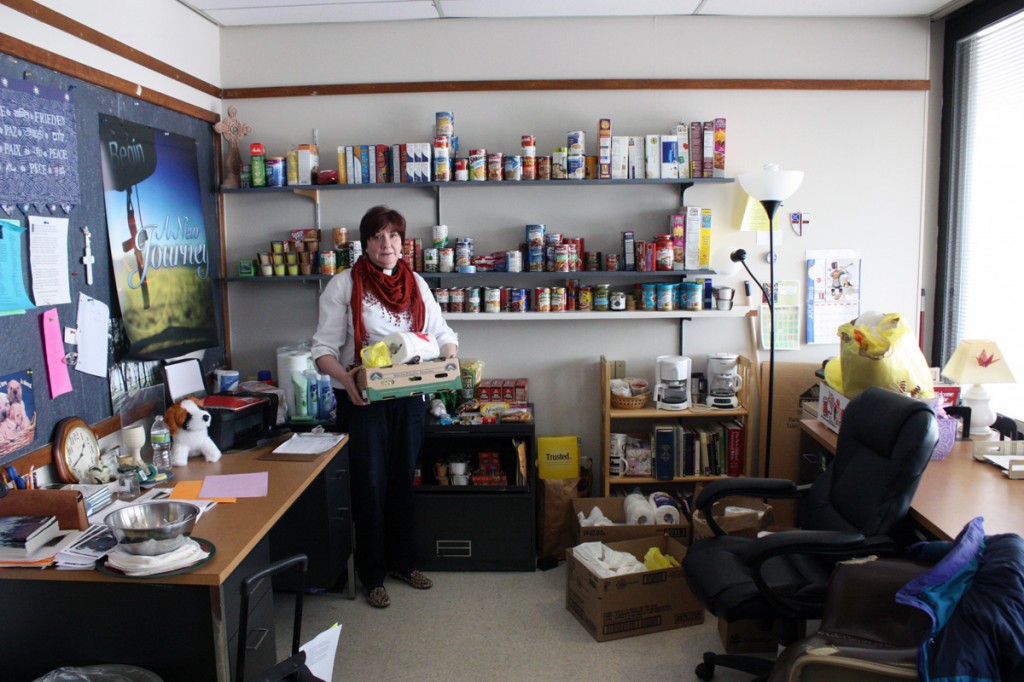