It’s not rare to hear SUNY New Paltz residents call the campus creek dirty. The muddy “Gunk” doesn’t look like the most crystal clear creek in the world.

The creek is a major feature of the campus, stretching from the Haggerty Administration Building (HAB) circle to the Southside Loop. Many students walk over it on their way to class or to eat at Hasbrouck. SUNY New Paltz officials say the Gunk isn’t as dirty as everyone thinks, and that it has a mostly healthy ecosystem.

The Gunk has been monitored and contained for the past four years. Figuring out what’s in the Gunk is also a good gauge of how effective SUNY New Paltz’s recent green infrastructure initiatives have been doing. More physical pollutants in the water, like water bottles or tires, are things the Office of Environmental Health and Safety (EHS) on campus is trying to manage, but it’s proven difficult. Michael Malloy, Director of Environmental Health and Safety (EHS), says the Gunk is supposed to look muddy.

The Gunk is a group of man-made retention ponds which absorb both storm runoff and water from the wetlands across the street on Rt. 32.  The shallow water flows slowly, dropping off nutrients and sediment in the Gunk, giving it its muddy look. Clean water can then flow down to the Southside Complex into the Sawmill Brook, then into the Walkill River, and finally into the Hudson River, said Malloy.

Professor David Richardson of the Biology department and Environmental Geochemical Science major Caitlyn Maceli run the SUNY New Paltz Data Buoy project. According to its website, the buoy “contains several different sensors that continuously monitor water quality in the large pond on the SUNY New Paltz [campus].” The buoy measures temperature, dissolved oxygen, pH levels, connectivity – the level of salt in the ponds – and the pond’s general contents. Real time updates of these figures are available at http://buoy.newpaltz.edu. Richardson says the project has found a slightly higher-than-normal level of phosphates and nitrates, but there’s no danger in that. E. coli from goose droppings was an issue for the creek several years ago when the number of geese was much higher. A border collie named Augie was bought by the school in 2011 to heard geese away from the creek. Since then, the effect of E. coli on the Gunk has dwindled, said Malloy.

Richardson and Maceli said that the only other recent issue has been low levels of dissolved oxygen. They attribute that decrease to algal blooms—large populations of algae that grow at a rapid rate.

The algal blooms eat up oxygen which usually goes to other animals in the creek, such as carp, largemouth bass, sunfish, and turtles, some which are invasive species that have been dumped in the Gunk by departing students.

To deal with the algal blooms, EHS has hired a contractor to curb algae growth in the past. A copper sulfate solution safe for the Gunk stops and kills a good deal of the algae. However, Malloy prefers a different, non-chemical approach.

“Around the end of September or in October, I steal all that algae, and I give it to the campus gardens,” Malloy said.

One of these gardens sits near the Gunk, off the edge of the HAB circle. It’s called a bio-swale, and helps clean runoff water before it enters the Gunk.

The bio-swale is one of the green infrastructure initiatives, or “best management practices,” that the EHS Department has introduced in response to storms that have recently troubled the area, including Hurricane Irene and Tropical Storm Lee. The parking lot extension on Rt. 32 is another initiative. It is paved with a porous pavement, allowing more water to be absorbed into the ground and less to run into creeks and cause flooding. Many of the green initiatives surround and function with the Gunk.

Even though the Gunk is a lot cleaner and healthier than many students may think, there’s is still the issue of trash left in its waters. The EHS has found bicycles, car parts, traffic cones, and televisions. The oil and grease in car parts and bicycles are especially dangerous to the ecosystem. Malloy said sometimes keeping the Gunk completely clean is impossible.

The EHS Department holds a spring cleanup every year, with all students welcome to help. However, stopping the dumping is a bigger problem. The EHS Department may have another chance this upcoming May. The office is planning to sponsor a free sport fishing clinic with the New York State Department of Environmental Conservation (DEC) which will teach the biology of the Gunk and the importance of keeping it clean and safe.

State Facilities Should be Buying from the Backyard, Group Says

Thu Mar 27 , 2014
March 27, 2014 As the state’s closure of four upstate prisons pushes forward, a group dedicated to closing prisons and boosting agriculture upstate is pushing for a bill that encourages state facilities to purchase locally grown products. The group Milk Not Jails staged a “picnic” on the Million Dollar Staircase […] 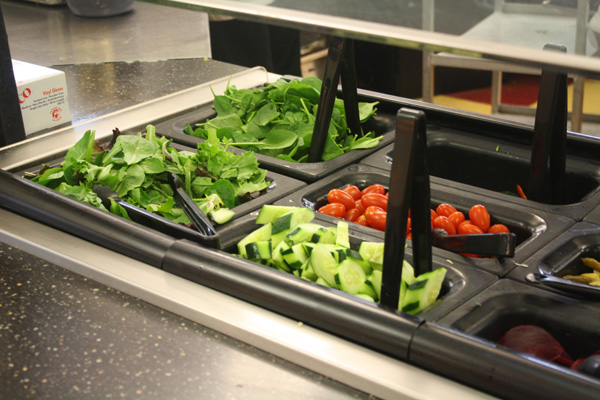