Anti-war protests broke out in nearly every major city in the U.S. and were practically routine in New York in the days leading up to the Iraqi conflict. Here in the Hudson Valley, one average citizen decided she couldn’t sit back and wait any longer – she had to see for herself what was going on, and bring “the face of the Iraqi people” to the American public. This woman was local journalist, mother, and photographer Lorna Tychostup.

Tychostup has been a journalist for over 15 years. She started out working for publications in the Hudson Valley, focusing on politics, news, and international issues.

Originally she wanted to go to Afghanistan. A job opportunity photographing the Loya Jirga (a mass meeting of Afghan elders that make crucial, usually political, decisions) fell through at the last moment and gave Tychostup the chance to really think about her situation.

“It fell through, but also I had been afraid to go,” Tychostup said. “So I did my research.”

That meant  reading book after book by Robert Young Pelton, a journalist and war photographer who had seen conflict in Afghanistan. Pelton’s books specialize in war-zone reporting and according to Tychostup, made her “come alive.” Armed with this new knowledge, she decided to pursue a way to get to Iraq.

At the time, December of 2002, Tychostup was the senior editor of news and politics at Chronogram magazine. Through a phone call to Kathy Kelly, an American activist who has traveled to several countries as part of a peace team and who had written part of the article, the decision to go to Iraq suddenly became real for Tychostup.

“I just happened to call on the day they were protesting on the steps of the United Nations,” Tychostup said. “She basically said ‘Sure, this is how we do it’… now I had avenue and suddenly I needed to get to Iraq.”

Tychostup recalled being at an Irish bar in midtown with two other women who were also going to Iraq.

“This young guy told us ‘Okay you’re gonna have to write a letter to your family telling them goodbye and telling them that there is no need to bring your body home’… and I swear to you these two women looked like they were about to pass out,”  Tychostup said.

When news of her departure went public, Tychostup was met with hefty opposition. “Look, you seem like a very sweet woman,” said one anchor of Fox News who interviewed Tychostup prior to her trip. “But I think what you’re doing is bordering on treason.”

That line eventually became the title for the documentary which focused on Tychostup, “Bordering on Treason”,  which followed her journey to and from Iraq over the course of 10 years.

Tychostup grew up in New York City, during what Tychostup remembers as “a very dangerous time.”  Her commutes to school got her beat up regularly.

“I knew how to handle myself, and if you make the assessment and do your research, you make sure you are prepared…travel light,” she said. “It’s not a glamor thing.”

When she got to Iraq, Tychostup eventually got to know the civilians and photographed them as they went about their everyday lives. She even accompanied newly found friends to their eldest son’s wedding.

“I don’t know if you could tell from the documentary,” Tychostup said. “But I’m not a normal person. I don’t have the fears a lot of people have, and I don’t really know why.”

Tychostup recalls the day she “became a journalist.” It was in February of 2004. A maid was cleaning her room in an unprotected hotel in downtown Baghdad while she and a few others watched a news report on television.

“When it was over the woman asked who I was voting for and I told her I didn’t know yet… she kept asking why I wasn’t voting for George Bush.”

Having been in Bagdad three weeks already, Tychostup had heard many Iraqi citizens tell her how much they loved Bush.  “This was one year into the invasion and I’m thinking… these poor misguided people… but then I started thinking about it and really got disgusted with myself.  That was the day I became a journalist. When I realized you can’t tell your agenda. You have to tell what’s actually going on.”

When she came back, Tychostup immediately wrote an article for Chronogram, detailing what had happened, and how many Iraqi people were actually supporters of Bush.

The fallout was swift and took her by surprise. Unable to fit into any category—the political left or the political right—Tychostup dealt with harsh opposition from both sides. Her talk at SUNY New Paltz, which was set prior to her article being published, was canceled. Her guest appearances on multiple media outlets were cut short, as she was pushing neither side’s agenda.

“I was declared a Bush lover,” Tychostup said.

In the end, the photographs Tychostup took throughout her multiple visits to Iraq found a home with the American Friends Quaker Peace organization. The organization brandished a “boots” exhibit in Brooklyn. A pair of boots for every soldier who died in Iraq was placed on the ground, resembling a cemetery with footwear instead of crosses.

The number of soldiers dead at that time was 2,000, according to Tychostup.

Tychostup’s photos traveled along with the exhibit to show human faces, the deep cost of war. She has since given talks at over 100 college campuses throughout the nation as well as some high schools with her story and photographs.

“Bordering on Treason” will be shown at SUNY New Paltz on Thursday, April 26 in Lecture Center Room 102.

What's That Funk In The Gunk?

Thu Mar 27 , 2014
It’s not rare to hear SUNY New Paltz residents call the campus creek dirty. The muddy “Gunk” doesn’t look like the most crystal clear creek in the world. The creek is a major feature of the campus, stretching from the Haggerty Administration Building (HAB) circle to the Southside Loop. Many […] 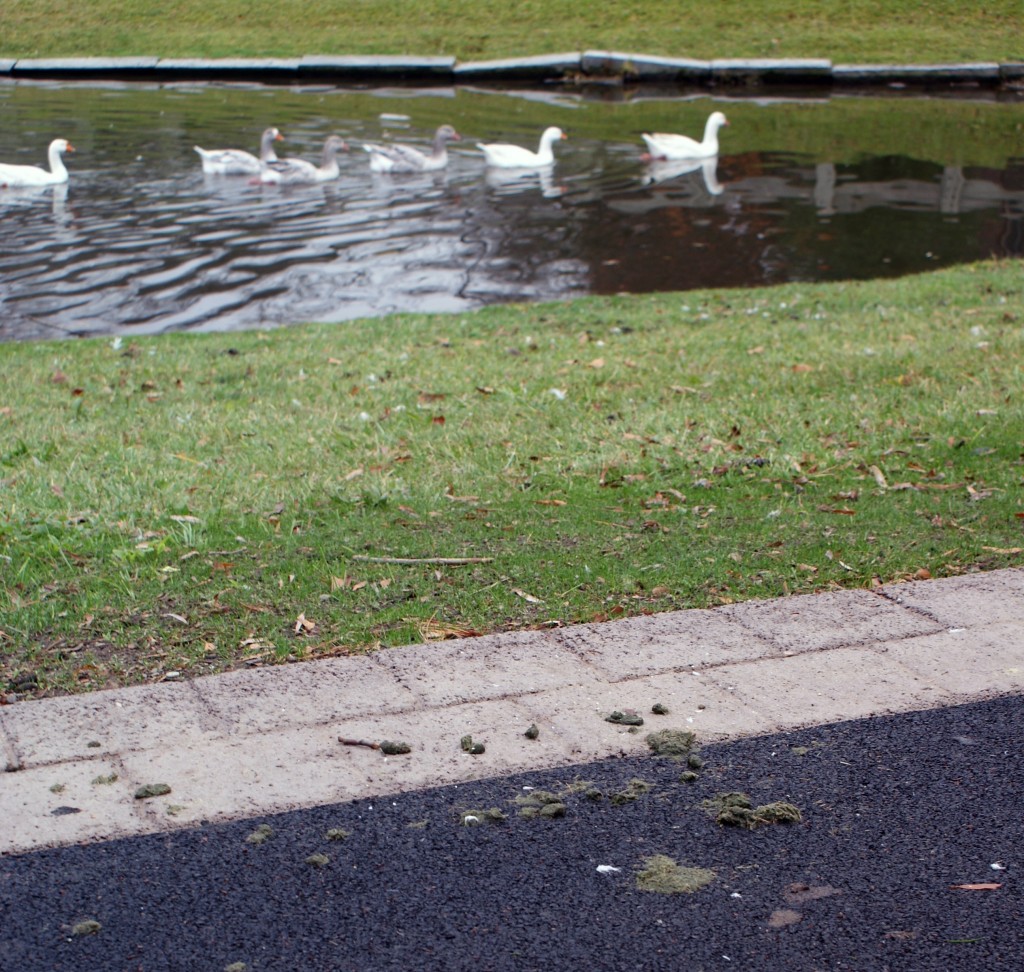