The snowfall masks an already invasive pile-up of snow. It blankets the windows like dense powdered sugar.

Meghan Levine, a third-year student at SUNY New Paltz, turns a key to open Water Street Market’s Eden Boutique for the day. The store-front display: earth-tone earrings, chunky knit scarves and sweaters that look as soft as they feel.

“So much for window shopping,” Levine said.

The recent snowstorms that have barraged the Northeast over the past month has resulted in snowfall of 59.3” thus far in Poughkeepsie — a 20.4” increase from last year, according to the National Weather Service.

Before the snow from one storm can melt, more snow falls, covering the Village of New Paltz in a layer cake of ice, dirt, snow and salt. Dangerous road conditions and snow-stoppered sidewalks have kept customers home, hindering local businesses.

“It is very difficult for customers to get around when we have a lot of snow,” said Amy Cohen, CEO of the Groovy Blueberry.

Cohen said another obstacle in attracting customers is the poor parking situation around her shop.

“The parking situation was very bad for a few days and we already have a huge parking problem in downtown New Paltz.”

However, what Groovy Blueberry loses in in-store sales during the winter, it makes up for in online sales on Zulily, Amazon and major department stores and boutiques across the country.

“Due to our national following we are able to stay busy despite the weather,” Cohen explained.

While shoppers have stayed away from local boutiques, grocery and hardware stores have flourished as New Paltz residents scramble to stock up on food and snow-related materials.

True Value of New Paltz has “just been sold out of everything,” according to store owner Louie Benson.

“There seems to be a lot of white fluffy stuff around, we don’t let it slow us down. We’re here to help you with your snow trouble to the best of our abilities…”

Just one-tenth of a mile east of True Value stands ShopRite, another New Paltz business that continues to keep their head above water no matter what the winter brings.

“The day before the storm last week was the busiest I’ve seen it in two years,” said Kristen Lopez, front-end runner at ShopRite. “We don’t have any shovels left and nobody has salt.”

Lopez worked five hours past her scheduled shift on Feb. 12, the day before the storm, due to “steady” lines throughout the day and until closing.

Back at Eden, Levine stands alone in the store as snowplows grumble their way down Main Street, a soundtrack she has become all too familiar with. She grabs a shovel and heads out to the storefront in an attempt to clean up.

“Everything will be better once the weather heats up. For now, all you can do is chip away at what’s left of the winter,” Levine said.

Thu Mar 13 , 2014
SUNY New Paltz students along with men and woman of the New Paltz community gathered in the Student Union Building Friday, February 14, 2014 to perform the annual “1 Billion Rising,” flash mob dance in order to spread awareness of violence against women, rising together, standing up when no means no, […] 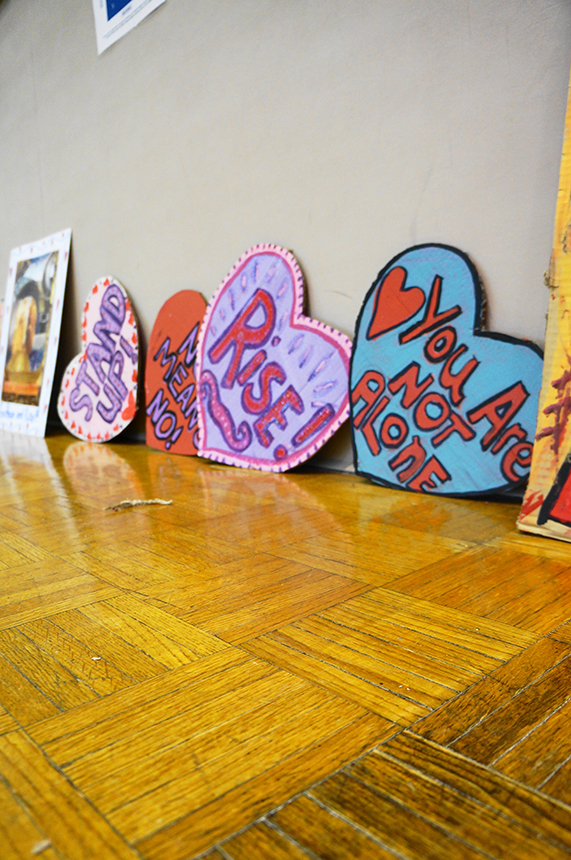