Many people can relate to Homer Simpson’s famous catchphrase “Mmm, beer,” and the statistics back up the claim that the beverage’s popularity is on the rise.

In 1995, there were approximately 500 American breweries, including the major industrial operations like Anheuser-Busch and Miller. Today, there are more than 2,700 and another 1,700-plus in the planning stages according to U-T San Diego. In the past 20 years, the beer industry has created a huge niche for itself.  Not only are more people choosing beer as their preferred beverage over wines and liquors, they are also becoming increasingly concerned with the quality of the beer they are drinking.

According to U-T San Diego, there was a widespread consensus that “craft” beers will more than double its share of the beer market, from 7 to 15 percent, by 2020.  What differentiates a craft beer from regular beer?  A craft beer is a brew with a distinctive flavor, produced in small quantities and distributed in a particular region.

Heady Topper made by The Alchemist Brewery in Vermont is an example of a craft beer whose ratings and sales are through the roof.  “We have people coming in every day asking about Heady Topper, when we will get it in, et-cetera. It is really near impossible to get,” said Cory Wirthmann, manager of K&E Discount Beverages in New Paltz.  The Alchemist tripled production of Heady Topper last January to 36,000 cans a week, but the demand just keeps getting stronger.  Although this is only one example of a small brewery reaching a passionate audience with huge success, it is indicative of a larger trend and the explosion of the craft beer industry itself.

According to Business Insider, 13 million barrels of craft beer were produced in 2012, up more than 71 percent from 2006.  Technomic reports that there were $62.3 billion in retail sales of craft beer in 2012.  “Beer drinkers are opting for pricier beer now,” said Wirthmann. “I have college students who walk in here every weekend and buy $10 and $11 six packs.”  According to USA Today, super-premium domestic, craft, imported beer and cider categories added 44.9 million cases to the market.

It has definitely become a trend over the past few years among younger people to drink higher quality beer. In fact, 35.5 percent of craft beer sales are to people aged 21 to 34, according to a study conducted by the Nielsen Company.  This flooded market has bred a new generation of beer fans who have a different mentality on their favorite drink.  Whereas people used to be attached to one particular brand or brewery, there is now a thirst for the latest and greatest.  There is now a market for the people who are interested in flavor, process and words like ‘Belgian’ and ‘Stout’.  Craft Breweries are aware of this market and taking advantage of it.

“Customers do have a fairly steep learning curve, you know? I mean when I first started drinking beer, I had no idea or really cared what I was drinking,” James Dillon, bartender at the Gilded Otter in New Paltz, said. “People need to be shown what beer can taste like and then they can start to develop a taste for these flavors.”  And the beer industry knows this.  Beer marketing spending in major media outlets grew 6.5 percent to $11.3 billion in 2012, according to the Homebrewing Association.

So what does this flooded market actually mean for breweries who are trying to make a name for themselves and get their brand out there?  Well it certainly means more competition than ever before.  When questioned about what he expects for future breweries, Dillon said he thought that there are going to be a number of packaging breweries that will fail.  He also expects to see buy-outs of mid-sized breweries by competitors from more distant markets, even more so now that a number of larger breweries (e.g. Lagunitas) are building more than one location.  These are all signs of a maturing market.  Only time can really tell what the future holds for this growing industry.

Thu Mar 27 , 2014
March 24, 2014 Students studying journalism at SUNY New Paltz have the opportunity this semester to investigate the relationship between society and disease with the help of an award-winning journalist. Sonia Shah, a critically-acclaimed science journalist is spending this spring semester working with students as the college’s 2014 James H. […] 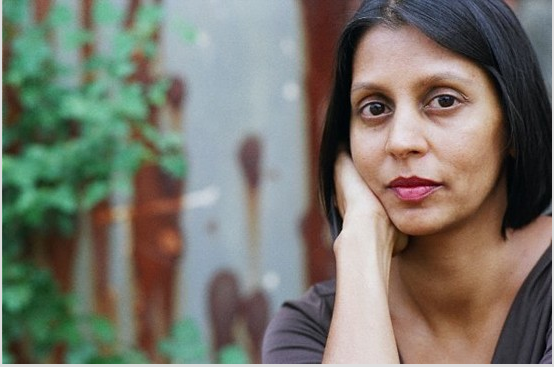