Second-hand shopping is exploding, but at what cost?

It’s one of the most kicked-around cliches of all time, and it’s as applicable now as it ever has been. Vinyl is back in Vogue, retro haircuts are back in and there was even a momentary Zubaz infatuation in 2013.

It should come as no surprise that thrift shops are booming. Once only a last-stop for consumers who needed clothing and household items at a discounted price, thrift shops have become a cornerstone of the hipster community, a place where clothes ranging from tragically ironic to ludicrously cheap can be sieved out after a few minutes of searching.

The thrift shop’s current national foothold is noticeable in every metropolitan area. Big thrift chains like Goodwill turned over a $4 billion-plus profit in 2012 and 2013 statistics that are likely to be similarly high. From 2007 to 2012, Goodwill saw a $2 billion annual increase in sales of clothing.

Smaller thrift shops, adopting antique store tactics and employing agents to acquire the most popular clothes from bigger chains, are popping up left and right.

But has the encroaching hipness of the American thrift shop, spurred on of course by Macklemore’s 2013 hit ‘Thrift Shop,’ had a divisive effect on the thrifting community?

The National Association of Resale Professionals claims that there are 25,000 thrift and consignment shops operating in the United States, and that thousands of those shops have opened within the past five years. A large percentage of those shops are small boutiques, as mentioned above, stocked only with the hippest throwaway merch.

Eric Savolainen, owner of Hyde Park Consignments, located between Bard and Marist on Route 9G, Savolainen sees no problem with the presence of youthful thrift shoppers.

“Honestly, our shoppers run the gamut and consist of people who are looking for a good deal – working parents looking to stretch their dollars, college students looking for cool decor, collectors looking to add to their displays,” he said. “ I would love to see more younger people take advantage of secondhand stores – it’s tough to break that mall habit but again they would ease the strain on their parents wallets.”

Savolainen concedes, however, that his store isn’t exactly in the thrift store sweet spot.

“Our store has a bit of a split personality, our clothing tends to be more up-to-date rather than vintage while the remainder of the store has a more antique/vintage flavor,” he said.

Patricia Churnetski owned a thrift shop in Red Hook, NY, for a year and a half. While Red Hook has a pretty diverse population, her shop only attracted a certain kind of shopper.

“I expected trendy college students,” she said. “And that is what I got.”

“I believe that thrift stores are important, not as much for the thrift as for my very strong belief that things should not be thrown away. Often older is better than newer in the quality categories and that things should be found and cherished, not consumed,” she said.

To shop owners like Savolainen and Churnetski, there are no downsides to a national upswing in thrift and consignment interest. Sales are sales, and it doesn’t matter to whom they are made.

To shoppers, however, a different issue is presented: even charity, in the form of thrift and consignment shopping, formerly an arm of charity meant to make clothing available to those without the means to afford quality things, has been gentrified and turned ironic in the 21st century.

The question now is whether or not, in the coming years, Goodwill will experience a downturn in sales as neo-bohemains flock to more sterile, hip, and appealing thrift boutiques.

Thu Feb 27 , 2014
The primary reason I refuse to buy bottled water is because I can get it for free. Sure there are costs associated with all drinking water, whether it be digging a well or city water fees. By purchasing it bottled however, we are encouraging a system that believes water is […] 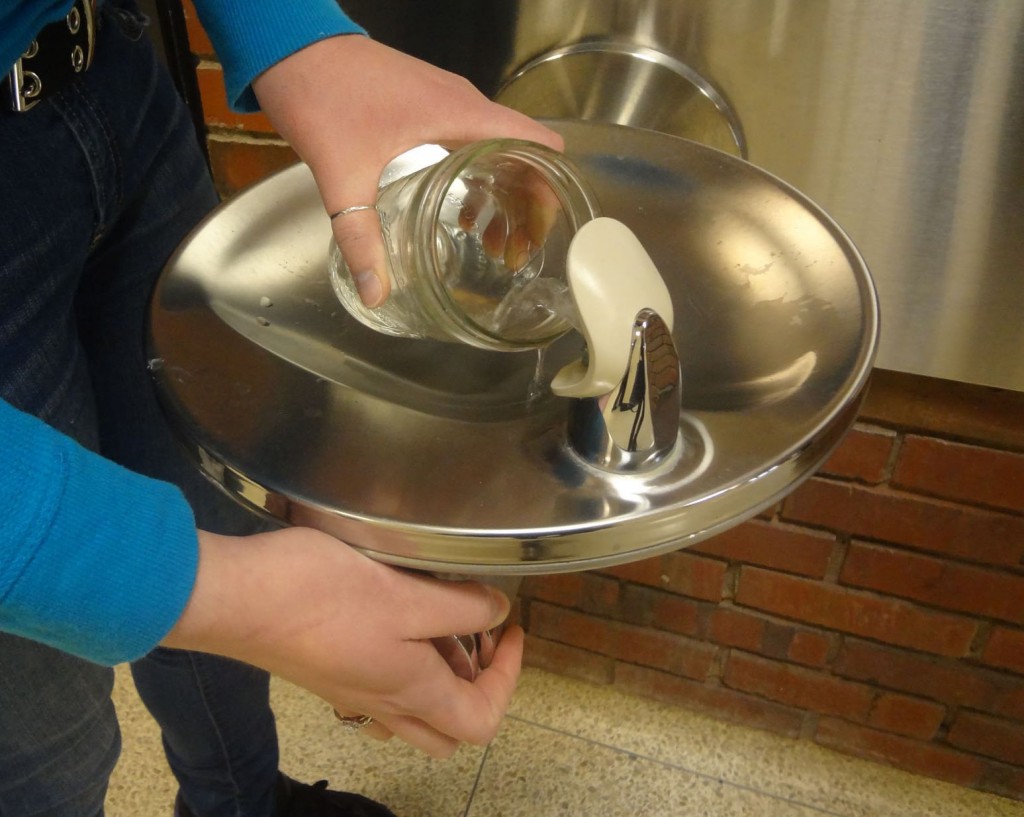