The Evolutionary Studies Program (EvoS) celebrated Charles Darwin, the grandfather of evolutionary studies, the week of what would be his 205th birthday with two guest speakers who encompass concepts of evolution from both a human and plant life standpoint.

Darwin’s theories are the centerpiece of the EvoS program, an 18-course minor created 9 years ago by EvoS director Glenn Geher. This week and the semester-long lecture series not only celebrates Darwin and evolutionary science, but gives students a chance to meet thought leaders in the field.

Ralph Holloway, a physical anthropologist at Columbia University, kicked off Darwin week Feb. 10 with a lecture on his studies of skull endocasts and what they say about brain evolution from an evolutionary standpoint.

“Ralph Holloway is a big leading expert on brain evolution from an evolutionary standpoint,” Geher said. “His paper the students read before the lecture looks at the size of the skulls, with skulls being a proxy for brain size, of lots of ancestral hominids or pre-homo sapien creatures going back around 4 million years ago. And the main thing you tend to see is brain expansion. As we see the skull being reshaped, the brain was too.”

Bill Varga, a botanist from Utah and creator of the Botanical Gardens in Utah spoke Feb. 12 about desert plants and the evolution and adaptation of desert plants and how that effected Native American culture and social behaviors.Both talks were followed by a reception with birthday cake served in honor of Darwin.

“That’s what we try to do with the program and with Darwin Week, cover two totally different things,” Geher said. “The nature of cacti versus human brain evolution from an evolutionary perspective illustrates Darwin’s theory and helps students see the connection between these seemingly disparate phenomena’s.”

Geher said the the point of the EvoS minor  is to expose students to evolutionary principles and then show them how applicable it is across lots of different areas , which is why the lecture series is “the cornerstone of the EvoS program itself.”

But both Darwin Week and the EvoS series were not always this extravagant. Geher said that in 2006, when the creation of the EvoS program was in the beginning stages, the Dean of Liberal Arts and Sciences contacted him asking if he had heard about Darwin Days being held by other colleges’s evolutionary and anthropology departments. Geher was intrigued by the concept of paying homage to the grandfather of evolution, and planned an event of his own.

“We just had four people already who taught on campus they just gave ten minute talks on how evolution relates to their respective areas of teaching and we totally packed one of the big lecture rooms – it was a  very big response,” Geher said.

Since then, the series of evolutionary talks has grown into a seven-lecture series of speeches every spring semester. Prior to the main lecture held to the public, students can attend a private pre-talk with each speaker and learn more about their work and ask questions one-on-one.

The 7th annual seminar series will continue Feb. 24 with a lecture from Dr. Natalie Jeremijenko of New York University in Lecture Center 102 at 5:30 p.m.

On How Wrestling Rhinoceros Beetles, Drinking LovexCola and Similar Adventures, AKA Public and Lifestyle Experiments, May Produce A Bio-Diverse, Tasty and Desirable Future

From Ardipithecus To Agriculture: The Science of Diet and Human Evolution

When One Male Is Not Enough: The Diversity of Primate Mating Systems

Sat Feb 22 , 2014
The students of SUNY New Paltz can now reap the full benefits of 3-D printing on campus, as the newly implemented program celebrates its second semester by becoming the first 3-D printing program in the nation to feature a MakerBot Innovation Center. Formally known as the Hudson Valley Advanced Manufacturing Center, […] 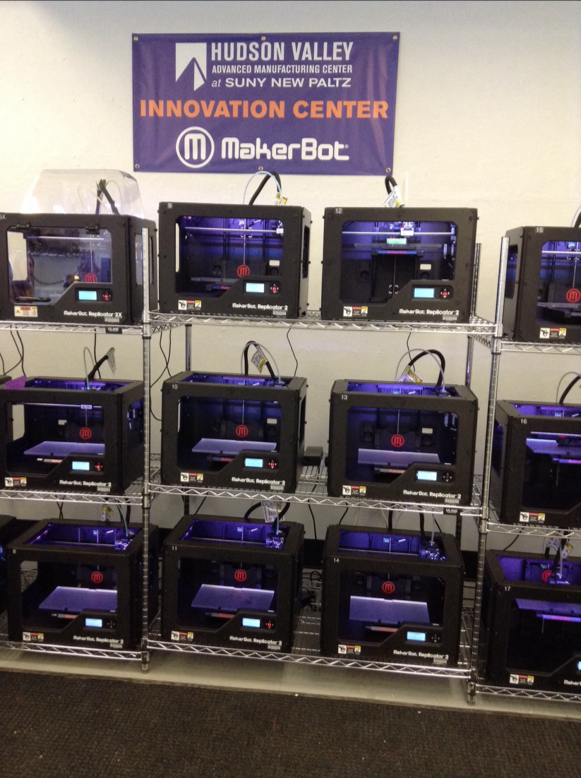