A recent poll by Quinnipiac University shows 30 percent of New York voters say Gov. Andrew Cuomo is, “dragging his feet … to avoid making a decision,” on natural gas drilling in the Marcellus Shale.

Only 21 percent of voters polled indicate they believe he is, “carefully evaluating the issue of hyrdrofracking,” while 46 percent offered no opinion.

“After more than four years of debate over safe natural gas development, the idea that yet another poll should matter is frankly a sad commentary on the state of politics in Albany,” said Karen Moreau, executive director of the New York State Petroleum Council. “As we read today’s Quinnipiac poll, more upstate New Yorkers support hydraulic fracturing, others will point to the overall numbers that are heavily skewed by New York City voters who enjoy the benefits of cheap natural gas but have bought into the fear tactics by so-called activists.”

The poll also shows that for the first time ever, New Yorkers oppose drilling for natural gas by a margin of 46 to 39 percent. Since support peaked in favor of drilling at 47-42 percent in August of 2011, when the university first started polling the subject, voters have been virtually tied.

“New Yorkers might be getting impatient with the long delay over natural gas drilling. They’re turning negative on the basic idea and more of them see foot-dragging by Gov. Andrew Cuomo rather than a careful evaluation,” said Maurice Carroll, director of the Quinnipiac University Polling Institute.

But Moreau disagrees with this logic.

“The issue isn’t polls; it’s leadership. Quinnipiac found for the first time in six months more New Yorkers are dissatisfied with the direction the state is heading. Those numbers were even worse upstate, where 38 percent were satisfied compared to 62 percent who are dissatisfied with the state’s direction,” said Moreau. “Those are stark numbers that reflect a growing concern about the future and the state of our economy. Clearly, a jobs plan based on three casinos for upstate hasn’t instilled much confidence in the people of New York. ”

Upstate voters were the only demographic polled that showed to favor drilling more than not, 44 percent in favor of drilling and 42 percent opposed. Suburban voters, meaning voters in the suburbs of New York City, were split at 42 percent. New York City voters oppose drilling 53-32 percent. Republican voters clearly support drilling 62-21 percent while Democrats are opposed 60-24 percent.

Of those who said the governor was dragging his feet, 36 percent of them were from upstate and 31 percent were from a household where someone was a member of a union. A majority of the voters who held no opinion on the matter were from New York City or its surrounding suburbs.

“The governor’s strong leadership on gun-control cost him Republican support. A decision on drilling or hydro-fracking, could win back some of that support, but what would it do to his Democratic support?” said Carroll.

Moreau said Cuomo has become too steeped in the politics of fracking.

“There is also a growing sense that the governor has allowed this issue to become mired in politics, despite claims that he will let science decide. Rather than leading, he appears to be letting the polls make his decisions. That isn’t leadership, and it is certainly not the Andrew Cuomo we knew and supported in the first two years of his term,” Moreau said.

(*Republished with permission from The Legislative Gazette, by Billy Delap)

Mon Apr 15 , 2013
April 01, 2013 With endangered species’ conservation in mind, Gov. Andrew Cuomo announced a partnership with environmental groups to help protect the Hudson River during the construction of the new Tappan Zee Bridge. Riverkeeper and Scenic Hudson worked with the Governor’s Office to minimize the environmental impacts of the […] 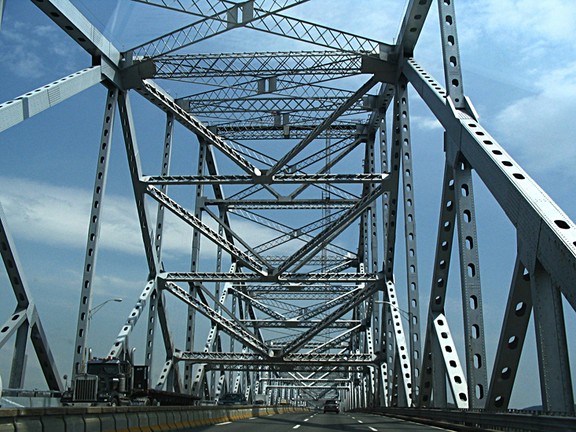