Eighteen states and the District of Columbia have laws that allow medical use of marijuana.

The bill (A.06357/S.04406) would allow the medical use of marijuana under a doctor’s supervision, for patients with cancer and other conditions. It would set up a regulated and controlled medical marijuana system.

“If the patient and physician agree that the patient’s severely debilitating or life-threatening condition should be treated with medical marijuana, the government should not stand in the way,” Gottfried said. “It is cruel to deny treatment to patients who are suffering or to turn them into criminals.”

A practitioner licensed to prescribe controlled substances could certify that a patient has a severely debilitating or life-threatening condition that could and should be treated with the medical use of marijuana. Certified patients would then have to register with the New York State Department of Health, according to a joint statement released by Savino and Gottfried. Certifying and dispensing medical marijuana would be included in the Internet System for Tracking Over-Prescribing Act enacted in 2012.

I-STOP is a database that gives physicians information on a patient’s prescription history.

The Pharmacists Society of the State of New York released a statement supporting the use of medical marijuana, assuring pharmacies’ ability to handle medicinal grade marijuana that is packaged and dispensed to qualified patients.

The New York Health Department would license and regulate “registered organizations” to produce and dispense medical marijuana for certified patients. They would be required to comply with detailed “seed to sale” security controls and regulations. A clinical advisory committee made up mostly of health care professionals would advise the health commissioner on clinical matters, according to a joint statement by Savino and Gottfried.

The bill would also impose an excise tax on manufacturing and dispensing medical marijuana. Half the revenue would be shared with the locality where it is manufactured or dispensed.

“Thousands of New Yorkers have serious medical conditions that would benefit from medical use of marijuana,” Savino said, “Anybody who ever had a family member suffering from a debilitating disease learns very quickly the limitations of modern medicine at treating pain.

Doctors and patients have documented that marijuana can offer very effective pain treatment — where other medications have failed — for many patients who suffer from cancer, epilepsy, multiple sclerosis, HIV/AIDS, and other life-threatening or debilitating conditions.”

A 2012 Siena poll found a strong majority of New Yorkers support legalization of medical marijuana, 61 percent to 33 percent, including 69 percent support to 27 percent among independent voters.

“With this bill, we’re putting forward a carefully crafted and restrictive model with great oversight by both patients’ physicians and the state Department of Health,” said Savino. “Our bill proposes a highly regulated and controlled ‘seed to sale’ model that will guarantee that New Yorkers suffering from debilitating conditions will have access to medical marijuana. But it also goes to great lengths to help insure that the marijuana is used only for medicinal purposes by patients truly in need.”

Gottfried, D-Manhattan, added: “This is sensible, strict, and humane legislation. The fact that this is not the law in New York is political correctness run amok, at the expense of the suffering of thousands of our fellow New Yorkers.”

(*Republished with permission from The Legislative Gazette, by Amanda Conto)

Mon Apr 15 , 2013
On Monday, April 1, Cameron Kirkpatrick, 17, Newburgh, N.Y., visited SUNY New Paltz and shared his stories about living with Asperger’s Syndrome in Student Union Building 100. The event was hosted by the campus organization, Autism Speaks U. Kirkpatrick delivered a heartfelt and funny depiction of his personal growth, development and […] 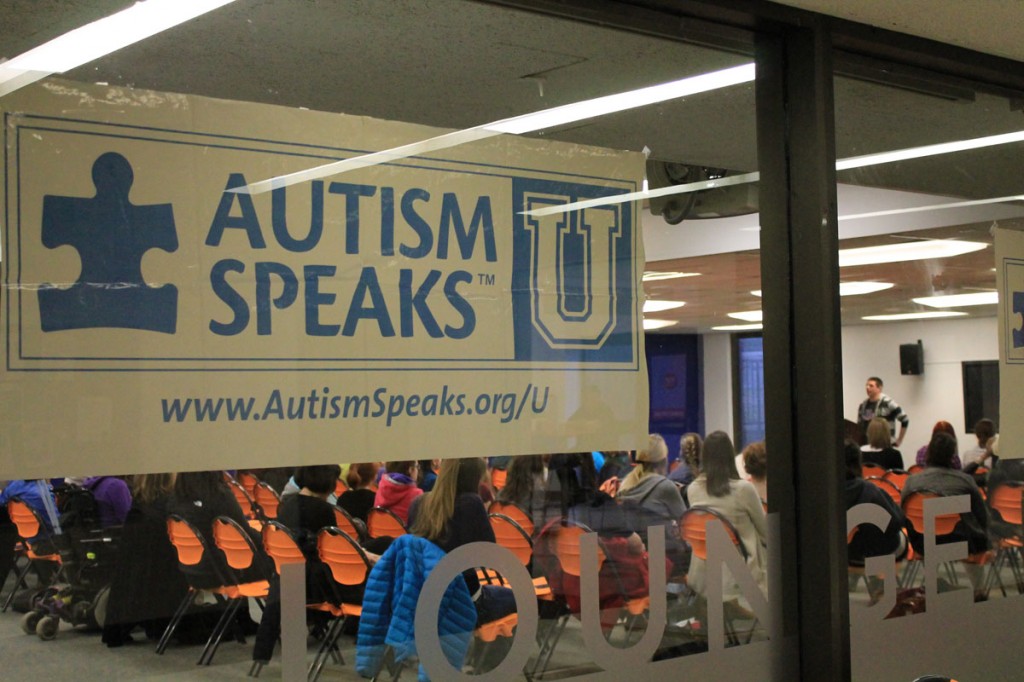