As an act of solidarity, the Senate Latino Conference voted against the Education, Labor and Family Assistance (ELFA) budget bill package because it failed to include the DREAM Act.

Sen. Ruben Diaz, D-Bronx, in early March urged Hispanic legislators to oppose the budget if it did not include the DREAM Act.

Diaz was formally excused from budget voting but was seen the day before at Washington D.C. rallying against same sex marriage.

Espaillat followed Diaz’s suggestion and voted against every budget bill because the DREAM Act was not included and the minimum wage agreement was “too weak,” according to a spokesman for the senator.

“The failure to include DREAM Act funding in the education budget is a missed opportunity to bring these young Americans out of the shadows, allow them to earn an education and make their parents proud,” Espaillat said. “Through their courage in speaking out, these young DREAMers have already proven their intelligence, heart and patriotism. While this budget is a step back, we won’t stop fighting until this injustice is corrected.”

While Espaillat was the only Hispanic senator radical enough to take such a strong stance against the budget for not including DREAM Act funding, other Hispanic senators voiced their anger about the inaction of Senate conference leaders.

“Equal access to education is a keystone of democracy. Not including funding for the DREAM Act in the state budget is a disservice to thousands of New Yorkers who wish to realize the American Dream and work to ensure that future generations can and will lay the foundations for a long and prosperous life,” Dilan said.

Peralta, the sponsor of the Senate DREAM bill (S.2378) said, “Including the DREAM Act in this budget would have sent a clear message that New York is still a place that values hard work, a place that is willing to make a smart investment in growing its middle class and solidifying its economic future. Its exclusion means telling thousands of young New York immigrants that, although they have done nothing wrong, all their hopes, dreams and hard work are less important than passing a tax credit making it profitable for Walmart to fire a 25-year-old single-mom and replace her with a teenager. The DREAM Act belonged in this budget, but we will not stop fighting until every young New Yorker has the opportunity to succeed.”

A recent report by the Fiscal Policy Institute found that passing the DREAM Act would be a large economic benefit to the state as college graduates typically earn an additional $25,000 a year, which, in return, means $3,900 more per year, per student, in state and local taxes.

In the same report, an analysis by the Fiscal Policy Institute concluded that the DREAM legislation would increase the cost of the state’s Tuition Assistance Program by $17 million, which represents 2 percent of the current TAP expenditures.

Rivera, who has spoken at rallying events in Albany supporting the legislation, said he was “incredibly disappointed in the Senate’s failure to incorporate DREAM Act funding in the education budget.”

“Not only did the Education, Labor, and Family Assistance budget bill completely omit funding for the DREAM Act, it proposes a minimum wage increase that does not meet the immediate needs of our workforce and that will be outdated by the time it reaches fruition,” said Rivera. “Investing in our youth and our workforce is of vital importance and will only strengthen our economy and society.  For these reasons, I could not support a bill that failed to do either.”

Serrano also released a statement after budget voting saying that, “The DREAM Act provides opportunities for countless immigrant families in East Harlem and the South Bronx. On behalf of those families, I will continue to fight to ensure the DREAM Act becomes a reality.”

Both the Senate and its same as bill in the Assembly (A.2597) will be dealt with after lawmakers come back from vacation on April 15 during the regular session.

According to the Fiscal Policy Institute, if the DREAM Act was to be financed through the state income tax it would only cost a typical taxpayer, who has an adjusted gross annual income of $45,000 to $49,999, 87 cents per year.

(*Republished with permission from The Legislative Gazette, by Josefa Valasquez)

Nearly 1-in-3 Voters: Cuomo 'Dragging His Feet,' on Fracking

Mon Apr 15 , 2013
March 25, 2013 A recent poll by Quinnipiac University shows 30 percent of New York voters say Gov. Andrew Cuomo is, “dragging his feet … to avoid making a decision,” on natural gas drilling in the Marcellus Shale. Only 21 percent of voters polled indicate they believe he is, “carefully […] 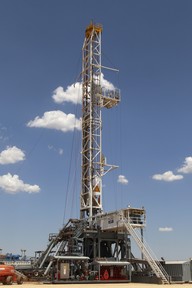