According to the National Association of Anorexia Nervosa and Associated Disorders, Inc., “91 percent of women surveyed on a college campus had attempted to control their weight through dieting” and “25 percent of college-aged women engage in bingeing and purging as a weight-management technique.”

SUNY New Paltz nutritionist Evelyn Gezo says that eating disorders are “pretty prevalent” on our campus, but she could not give any statistics on the matter since not everyone who seeks treatment has to see her.

Some students may come into college already struggling with an eating disorder. Gezo said that some parents approach her at freshman orientation weekend to give her their child’s history.

Her battle began when she was only 9 years old. As she began to grow more quickly than her peers, she began to feel bigger than them.

She eventually told her mother that she was unhappy, and felt that she needed to lose weight – and her mother told her that “10 to 15 pounds wouldn’t hurt.”

Her struggle with anorexia began when she was fourteen years old. Her parents divorced when she was in the sixth grade, and her mother quickly remarried a former Goldman-Sachs executive who was overcoming substance abuse . He and her mother wanted a perfect life together, which put pressure on Costello.

In the year that her mother was married to this man, Kiley’s anorexia consumed her life, she said. She began ritualistically watching what she ate and would check her stomach to see if it was flat enough for her liking. She would weigh herself after school when nobody else was home and, if she was below 140 pounds, she would add an extra 15 minutes per pound to the hour she was already spending on the elliptical.

Her step-father encouraged her, saying that “the world is nicer to a thin teenager than a fat one,” while her mother condemned her for her behavior, saying that her husband won’t put up with an over-dramatic teenage daughter.

When she finally worked up the courage to tell her mother how she felt, her mother laughed in her face. She thought it was “a normal 16-year-old thing,” and didn’t believe her until she attempted to commit suicide, Kiley said.

Costello estimates that it took her approximately six months to feel “back to normal.” Since then, she has taken steps to eat more regularly and feels that she has “gained her life back.” She is thankful for her experience and said that overcoming her eating disorder is her favorite part about herself.

With spring break coming up, students are preparing for “pre-spring break extreme dieting,” said Gezo. During this time, students decrease their food intake, while increasing their use of diet supplements such as pills, fat burners and laxatives. Some students also begin different cleanses and juice diets.

She encourages everyone on campus to be on the lookout for the beginning stages of an eating disorder and to remember how to appropriately confront a suspicious situation. She also offered tips for students who do not know how to speak to their friends about this subject. She said:

If you have any questions or want to speak to Gezo, she can be contacted at gezoe@zmail.newpaltz.edu.

New Paltz Students Weigh in on the Drinking Age

Tue Mar 19 , 2013
What teenager wants to go to college knowing that they will not be able to have a drink with their friends until their senior year? The opportunity is not given to young adults to make the decision of whether or not they are responsible enough to have a beer with […] 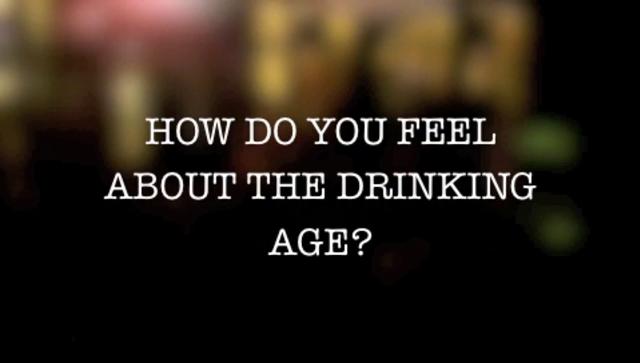