A new collaboration is making waves at SUNY New Paltz.  The group effort, pioneered by professor Dan Labbato, brings the potential of student talent from the theater, media and English departments to utilize their individual disciplines.  The outcome is student-written, organized, directed, filmed and edited material.

The workflow that is modeled after a Hollywood TV studio begins with screenplays written by Larry Carr’s Dramatic Writing Stage and Screen class.  The scripts are then sent to the TV Studio Production and Acting IV classes.  These two classes work together to first understand and adapt the screenplays then film them together.

During the spring semester, the footage is sent to the Advanced Video Editing class where the students put all of the material together for “Video Remix,” a show produced for the school’s TV station, WNPC-TV on channel six.

Labbato explained that liberal arts is, by its nature, an interdisciplinary heading.  The goal of the project is to bridge the gap that is created between these disciplines.  By taking part in the collaboration, students are able to understand how these disciplines work together in life.

“Media is a culmination of all these things: psychology, history cultural studies.  Media production intertwines all these things,” Labbato said.  “Interdisciplinary ideas are a really big concern for me.”

Labbato, along with Paul Kassel of the School of Fine and Performing Arts and Carr of the English department, started the collaboration to help students receive real-world training in their fields.

Three years ago, the TV Studio Production class began working with the Acting IV class.  The full collaboration didn’t begin until the Spring 2012 semester when the Dramatic Writing Stage and Screen and Advanced Video Editing classes joined the project.

Carr explained, “This is the way the world now works: through the collaboration of different people bringing their knowledge to the table.  It’s the way things get done and done in a more creative, exciting way.”

Every student in Carr’s screenplay class submits a draft for the collaboration, but only three are selected.  “Everybody writes, everybody submits,” said Carr, “ you start with 20 pieces and end up with three.”

The process for selecting the screenplays is also a collaborative effort by the professors involved.  First, Carr filters through the screenplays and selects 10 that are the farthest along.  The screenplays that have been revised to the point that they’re ready to use are then analyzed to see if the writer, director, actors and production team will be able to work together and make the piece.  When explaining how the screenplays are selected, Carr asked, “Is this producible?”

Being on the set of one of these shoots truly gives the impression of professionalism.  The church-like scene is quite tense while the production is being filmed.  And it is on these shoots that the full scope of the collaboration is made clear – most of the students would not have had the chance to work in this manner if it had not been for the collaboration.

Jenna Ely, a third-year Radio and TV Production major said that the collaboration was helpful.

“It gave us insight on how a TV studio is run,” she said.

Dino Davarus, a third-year Digital Media Production major shared a similar sentiment saying that it was good to work with the actors to better understand their perspective.  He also said that the collaboration has helped him to deal with working under pressure.  “I feel better prepared,” he said.

“I am grateful for the participation and collaboration across campus,” said Kassel, “[the effort] benefits both programs greatly and, of course, is a natural fit.”

Labbato also said that major production studios operate in the same manner as the collaboration here.  There are the writers, production people, actors, editors, set designers, etc.  “Why not use the same model to pull these people together?” Labbato said that all of this effort is to help push students “to make dynamic and dramatic work.”

There is also potential for growth. The ultimate goal would be to have the entire campus involved, but budgetary constraints make the process difficult.  But that doesn’t mean it’s impossible.  Perhaps if this collaboration gets enough attention other students from different disciplines will be able to showcase their talents as well.

Carr also stated that it would be ideal to have this collaboration open to all departments.  Students from the non-humanities, such as the Science, Business and Engineering schools can potentially have more to offer the collaboration.  And Carr believes this will eventually be possible, but this may take a while considering budgets and time.  “[We] need to keep it small so it’s doable,” Carr said, “we need to respect the growth of the project.”

“I hope this collaboration is the start of an ongoing series that will grow and bring in others from a variety of fields,” Carr said.

Thu Feb 7 , 2013
“The Dark I Know,” SUNY New Paltz’s first original student-written musical, told the story of two families’ experiences during the complex and socially crippling era of Nazi Germany. The character-driven production was as much about human emotion as it was about history, according to playwright and SUNY New Paltz student […] 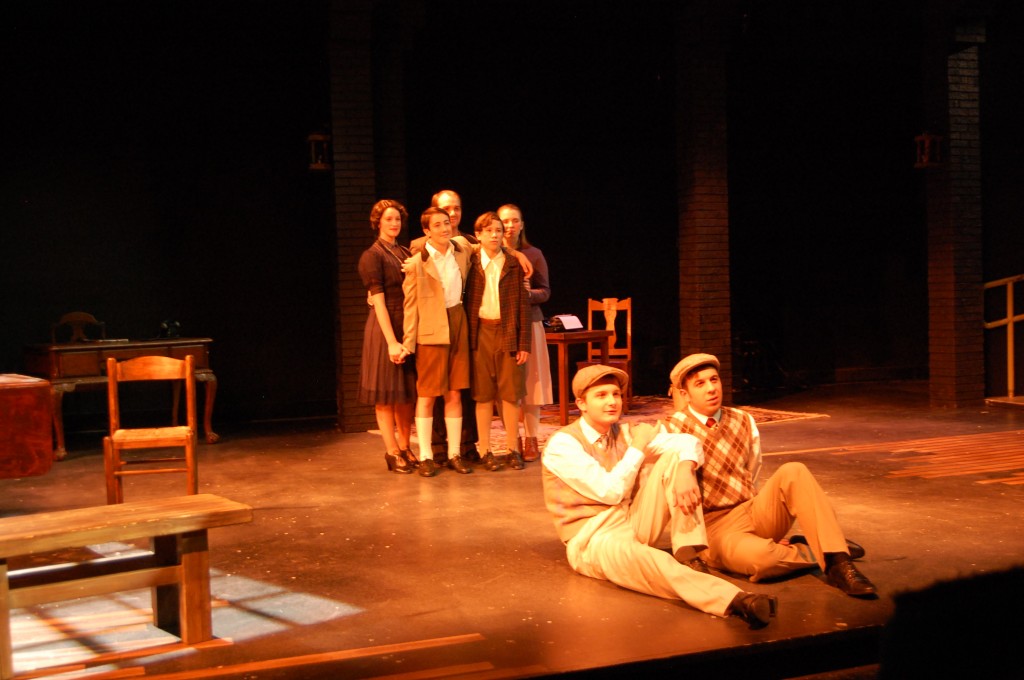