Sami Harrison looks like a typical college student. She likes biology, she lives off-campus and she plays the popular New Paltz game “Humans Versus Zombies.” While sprinting across the quad wearing an orange arm band, avoiding enemy attack, she appears no different from the average student.

Except that she stops by the campus day care center after a long day of classes to pick up her 3-year-old son Liam.

Harrison is one of several student mothers at SUNY New Paltz and one of 3 million cases of unintended pregnancies that occur yearly in the U.S., according to a Guttmacher Institute study. Balancing schoolwork with parenting can be a huge challenge for these moms, they said.

When Harrison discovered she was pregnant before starting her freshman year, she expected her family would be less than thrilled.
“I thought my dad would yell and kick me out of the house, but he was surprisingly very supportive,” Harrison, 20, said.
Harrison said her father gave her the option of abortion or adoption, but throughout the course of her pregnancy, she realized she wanted to keep her son. They respected her decision.

Humbled by her parents’ unconditional love, Harrison acknowledges that many young mothers are shunned by family members and forced to support themselves.

Now living with her parents, Harrison said her living expenses have been reduced and she is able to work toward her goal of being a medical examiner.

Unlike Harrison, student mother Crystal Purfield didn’t start off her college experience as a mother. Though Purfield found out she was pregnant while pursuing her undergraduate degree, she didn’t let that get in the way of her schooling.

Now a graduate student, Purfield cares for her 3-year-old daughter Sophia, who Purfield said has had a profound impact on her.

“Once Sophia was born, it completely changed me for the better. I feel like I did not have much direction before I became pregnant,” Purfield, 26, said. “I don’t think I would have made it this far if I wasn’t a parent.”

For Purfield, being a full-time mother attending school means her biggest priorities are balancing parenthood with her schoolwork.

“When I have finals or a lot of assignments, my daughter falls under the radar sometimes and starts acting out for attention,” Purfield said. “The dual roles are something I have been struggling with since the beginning of graduate school.”

These are problems many student mothers, like Joanna Jaramillo, face.

For Jaramillo, a business finance and management major, balancing schoolwork with caring for her daughter Angelina is a daily challenge, from the moment she wakes up.

Each morning, Jaramillo awakes a tired Angelina at 8:30 a.m. after she completes a few hours of homework. Jaramillo gets Angelina ready for school, a process that can be difficult if her daughter is tired.

The morning routine can be “stressful,” Jaramillo said, adding that as Angelina ages, it becomes easier.

“Now that Angelina’s older, she has become more independent,” Jaramillo, 22, said. “She helps me do things, like grab her lunch bag or put on her coat or shoes.”

Harrison and Jaramillo are among the 15 other student parents whose children attend the Children’s Center/Day Care on the grounds of SUNY New Paltz. Children ranging from ages 2 to 5 years are accepted into the program at a rate of $4.75 an hour; on average, children spend about 18 hours per week at the center, officials there said. These expenses can be deferred by a tuition subsidy block grant for those who qualify or can be paid through student loans.

Marcia Villiers, director of the Day Care Center, encourages parents to take advantage of the subsidy to offset childcare costs and counsels student parents in all available options. “We meet with them to discuss and support any issues which arise. We offer information for resources for parents,” Villiers said.

Though the challenges can seem insurmountable at times for student-parents, every sacrifice Jaramillo’s made has been for her child.

“You give up so much, but at the end you gain this incredible child who looks up to you,” Jaramillo said. “To Angelina, I am the whole world.”

The way Jaramillo sums up her experience echoes the way many student mothers feel.
“At the end of the day,” Jaramillo said, “I don’t regret a thing.”

Mon Nov 26 , 2012
By Darcy Reddan Hurricane Sandy on PhotoPeach In the aftermath of Superstorm Sandy, feelings of animosity linger toward the corporations and local governments that failed to act and help those in need. As the water recedes and people begin to put their lives back together, there remains a wide spread […] 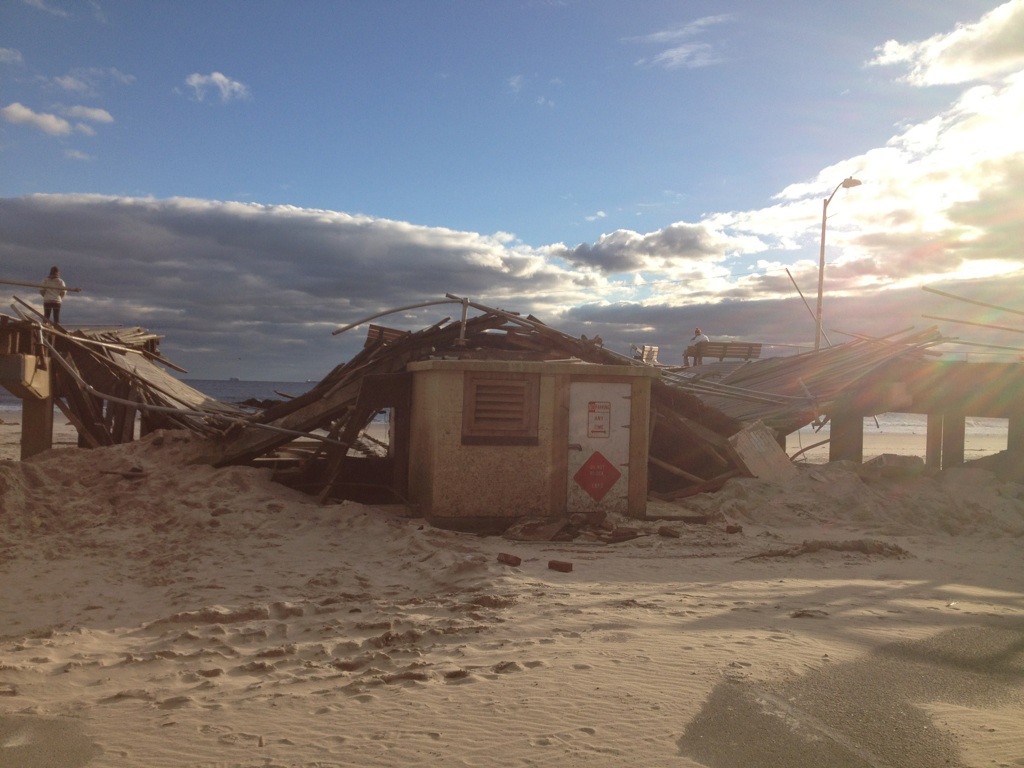