Town of New Paltz Planning Board recently hosted an open forum to discuss the Park Point Project, a building construction that would provide apartment-style housing at SUNY New Paltz. The next hearing is Monday, Nov. 19 at 7 p.m. at New Paltz Town Hall

The project would provide housing for 700 students and 30 faculty and staff members. President Donald Christian and Vice President of Student Affairs David Rooney both said the addition of Park Point would provide student housing for 60 percent of students, a 10 percent increase from what is currently offered.

We at The Little Rebellion support the building of Park Point and hope approval for the project will come as soon as all of the environmental facts are confirmed.

The housing-crisis that nearly everyone at the forum discussed is severe and something has to be done about it as soon as possible. The school hasn’t been able to provide housing for transfer students since 2007, and it can’t keep turning perspective students away. The administration wants to be as welcoming as possible, but it can’t do that unless we have the space to welcome them.

Another issue we feel the need to bring up is that the availability of Park Point would likely decrease the amount of first-year students that are tripled their first semester at school. The space for three students in one room is available in residence halls such as Lenape and Esopus which are recent. However, in older buildings such as Bliss Hall and Bouton Hall, having three students in a room is an enormously tight fit and could potentially be a safety hazard.

While Park Point would be a large leap in the right direction toward solving SUNY New Paltz’s housing crisis, there are some major issues that must be addressed by both Wilmorite and administration before the project is approved. While we do not doubt that the environmental concerns students have will be taken seriously and be taken accounted for, we are concerned about how much it will cost students to live there.

Apartment-style housing is expensive on any campus, but having a recreational area, a pool and a club house is a scary factor where costs are concerned. Paying to live at Park Point could be difficult for students from lower-income families. It would be unfair of the administration to keep the prices up to a point where it becomes inclusive to the group of students whose families can afford to let them live there.

We hope that if the prices for living at Park Point are high, financial aid and loan aid will be able to cover most of the costs. Something with the potential benefit of  Park Point can only be beneficial if it is accessible for everyone who attends SUNY New Paltz.

While there are a laundry list of concerns that must be attended to before the project’s approval, such as figuring out the cost of living and easing environmental concerns, we commend the administration for looking to ease student worries when it comes to housing. We feel that with the proposal of Park Point and their willingness to listen to every concern students and community members had to offer, the administration is truly putting student need and desire as the most important priority.

Sat Nov 24 , 2012
Students and children came out Saturday night, Nov. 10 to play gym games, win prizes and support the Men’s and Women’s Basketball team at the 10th annual Kids’ Sports Night and Hawks Madness pep rally in the Athletics and Wellness Center. Parents came and dropped off their children or waited outside the gym while […] 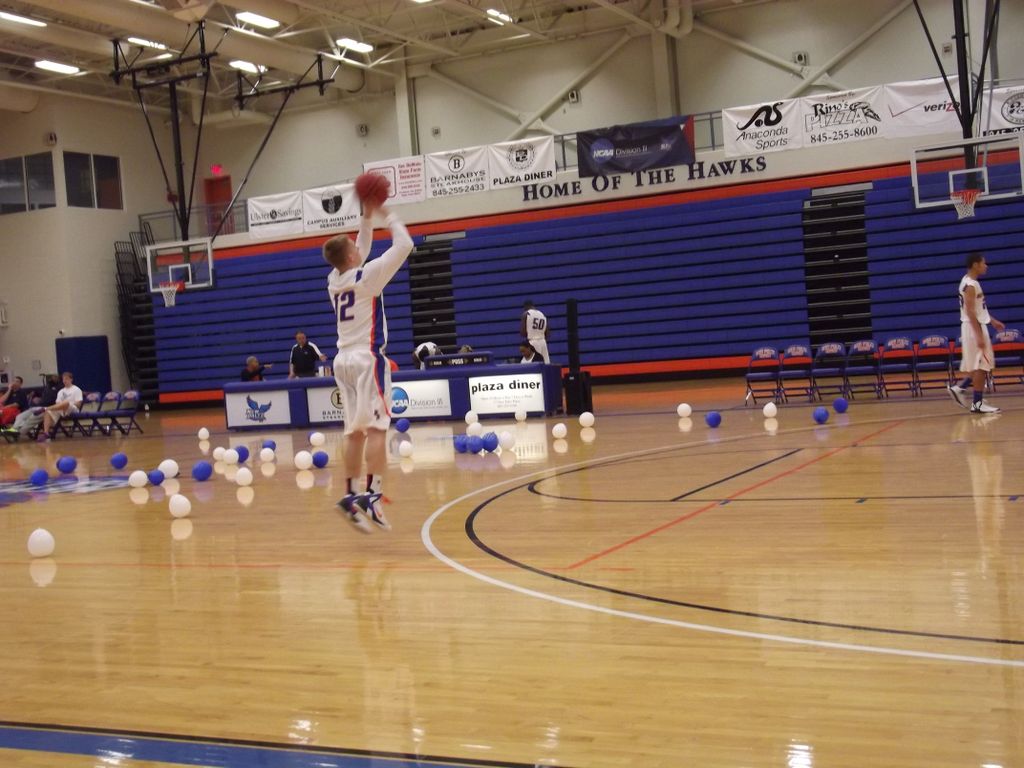