A well-known Westchester assemblyman has retained a critical senate seat for New York Democrats seeking the first Democratic Senate Majority in the state Legislature since 2009.

George Latimer, D-Rye, has defeated Republican challenger and Westchester businessman Bob Cohen in a close race for the 37th Senate District. With 81 percent of precincts reporting as of press time, Latimer leads Cohen by slightly more than 8,000 votes according to unofficial election results. The most recent New York state Board of Elections statistics show there are 80,928 total registered Democratic voters and 57,922 registered Republicans.

Latimer will succeed retiring Sen. Suzi Oppenheimer, D-Mamoroneck, a 28-year veteran of the upper house of the state Legislature.

Latimer said he received a call from Cohen shortly after polls closed Tuesday night, during which Cohen conceded. In a speech shortly after at the Westchester Democratic election party at Coliseum in White Plains, Latimer expressed optimism for his fellow democratic candidates running in close elections statewide.

“We are going to show this state what a majority [in] the New York state Senate…showed you 15 years ago,” Latimer said. “We can govern intelligibly, we can govern compassionately, we don’t forget our friends…and we govern our principals whether it’s a good day or a bad day, whether its popular or unpopular, we stick to those principals.”

The campaign between the two candidates became increasingly negative over the last few weeks. Latimer acknowledged that “it was not a pretty race,” and went on to reference several accusations brought forth by his challenger, including accusations that the Assemblyman missed “too many meetings.” Latimer said he was portrayed as “public enemy number one” by Cohen.

But Latimer dismissed the accusations and said, “you know what? You can call me senator from now on.”

The win in Westchester County was critical for Democrats, who could not afford to lose many Senate seats if they hope to win enough seats to earn the Senate majority.

In the Assembly, Latimer sat on numerous committees which include the Environmental Conservation, Governmental Operations, Insurance, Labor, Local Governments and Transpiration committees.

The assemblyman has also sponsored legislation concerning housing, transportation, health care and property taxes. He wrote provisions to laws that allow Freedom of Information requests via e-mail and laws that prevent radio piracy and organ donations.

Latimer was praised by fellow Democrats for his accomplishments in the Assembly and for running a strong campaign.

“George Latimer has always been a great advocate for the middle-class residents of the suburbs that he represents and [he] is a champion of lower taxes,” Democratic Senate Campaign Chairman Sen. Mike Gianaris, D-Astoria, said.

Numerous calls by the Legislative Gazette to Cohen’s campaign office were not immediately returned.

Mon Nov 19 , 2012
Italy, Mexico, Sweden. Three locations far away from New Paltz, and ones that might sound alluring to students wishing to get away from class or even just the weather. For 17 students on campus, despite the fact that these locations are called home, they chose to spend two months living […] 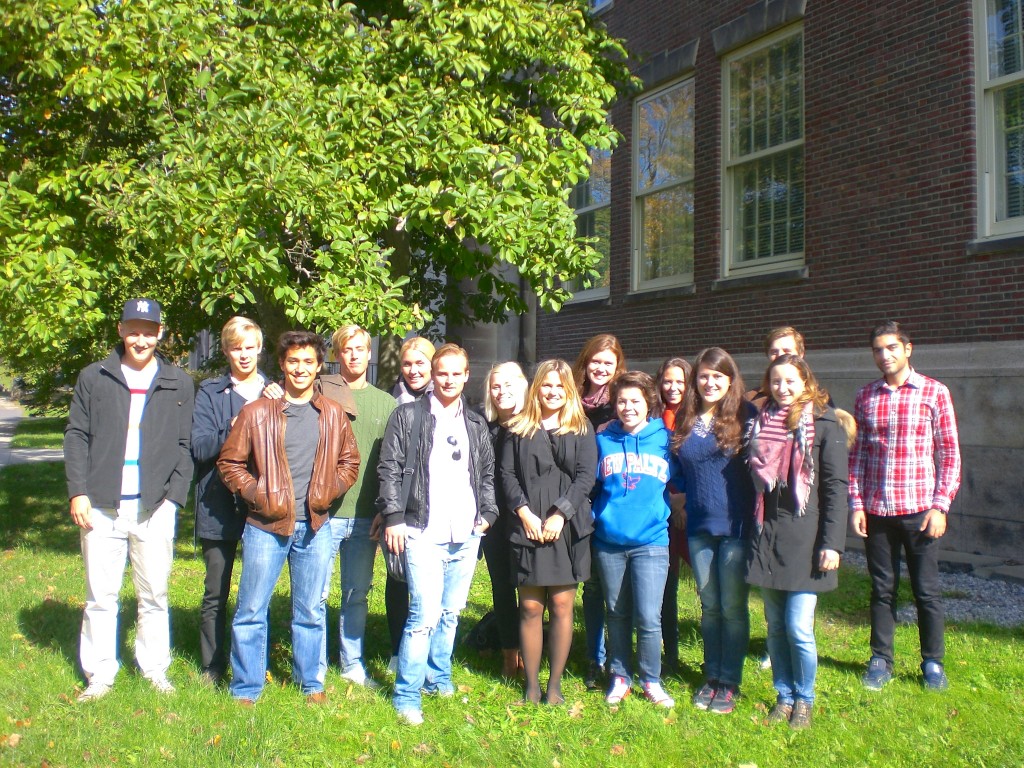