U.S. copyright laws have prohibited online piracy since 1998, but illegal downloading is far from being out of the mainstream.

Timperio said the Recording Industry Association of America (RIAA) tracks IP addresses that violate copyright laws and notifies the internet provider and then students found illegally downloading files receive first infringement notices and their internet is turned off until they respond.

“We spent a lot of time on the wording of the infringement notices,” Timperio said.

Timperio also said that the college does not want to incriminate students, but still has a responsibility to comply with online piracy laws.

“I got caught downloading a movie and they shut my internet down. I had to admit I downloaded it and delete my torrent program,” said fourth-year music major Jeremy Hippler.  “[I] only lost my internet for three days.”

While first time offenders receive what could be seen as a light punishment, Timperio said probation is a possibility for second time offenders, though there are very few.

Most students who are caught are using BitTorrent.com applications, Timperio said. He also said the internet provides a wide variety of options for people looking to download files for free.

“I used Megaupload before it got shut down and Mediafire before they gutted it,” second-year communications major Steven Killar said. “Nowadays I just use YouTube to mp3.”

Other students said they use file sharing services such as The Pirate Bay and torrenting applications such as uTorrent to download files onto their computers without any trouble.

Schomann also said that students can try to cover their tracks by immediately deleting files off their computer, even though it makes the download run slower for the next person.

While Hippler said that illegally downloading is technically stealing, he said that there was a “Robin Hood” sort of mentality because downloaders are stealing from the people who want to pass the Stop Online Piracy Act (SOPA), a bill with the intentions of cracking down on websites that distributed copyrighted goods illegally according to Forbes magazine.

As the bill stood, the attorney general could attain a court order to require “a service provider (to) take technically feasible and reasonable measures designed to prevent access by its subscribers located within the United States to the foreign infringing site.”

This interpretation worried some of government censorship abuses before the bill was shot down at a House Judiciary Committee hearing until considerable changes could be made.

“People like telling other people about illegal websites because they can share it at no cost to themselves,” said second-year art history major Avril Kumar. “Everybody wins.”

Thu Oct 25 , 2012
“Undiscovered New Paltz” is an assignment undertaken by students in Lisa Phillips Feature Writing class. In the series, student journalists chronicle their experiences with the roads less traveled in New Paltz, shedding light on the seemingly-mundane, under-appreciated corners of the town. Here is another: Carolyn Quimby writes about the Nyquist-Harcourt […] 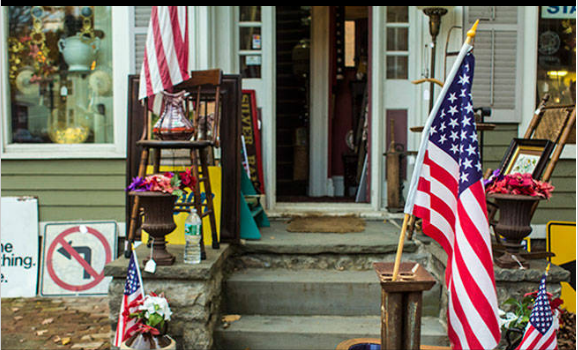