Although SUNY New Paltz is no rookie to topping the charts of college rankings, these accomplishments do not seem to be the determining factor for potential students when choosing a future college, according to L. David Eaton, vice president for enrollment management.

The school recently ranked seventh Best Public Institution in the Northeast in U.S. News and World Report 2013 Best College’s Guidebook, which Eaton said is determined by academics, graduation and retention rates, alumnus contributions and other factors that demonstrate the quality of an institution.

“You have to do some things right to keep ranking,” Eaton said, noting that the college also recently ranked one of the Best Graduate Schools for Fine Arts by U.S. News and World Report in the 2013 rankings, making the cut as 83rd in the report and being one of four SUNY schools to place in the top 100.

Eaton said last year was a successful one for New Paltz, as it ranked 32nd best Regional University in the North in U.S. News and World Report as well as making the top 100 most affordable schools and ranking 55th best public four-year institution, both in Kiplinger’s Personal Finance Magazine.

Although being listed favorably reiterates that New Paltz is “a solid institution,” Eaton said it shouldn’t make a prospective student’s decision to attend the school.

“The rankings won’t tell you how diverse the student body is,” he said. “They miss the qualitative stuff like who you are and what fits for you. To find out if this is the best place for an individual, the rankings aren’t useful.”

Students agree with that mentality, and although the rankings prove to be an interesting feather in a potential school’s hat, a personal connection makes the final say.

“When I applied, the big thing was that New Paltz was ranked the Hottest Small State School in the country,” Danielle Esposito, a fifth-year early childhood education major, said. “I thought it was cool, but it didn’t make up my mind to come here.”

Although New Paltz’s past and recent rankings make it easy for the university to rest on its laurels, Eaton argues that there is always work to be done.

“We live in a culture of continuous improvement and we can always get better,” Eaton said.

Fri Oct 12 , 2012
The Bookstore at New Paltz came under a lot of heat from both professors and students for being ill-prepared for the wave of textbook-searching students this semester. Disorganization, a lack of books and continuous delays left many frustrated. To combat these issues, an open forum was held on Oct. […] 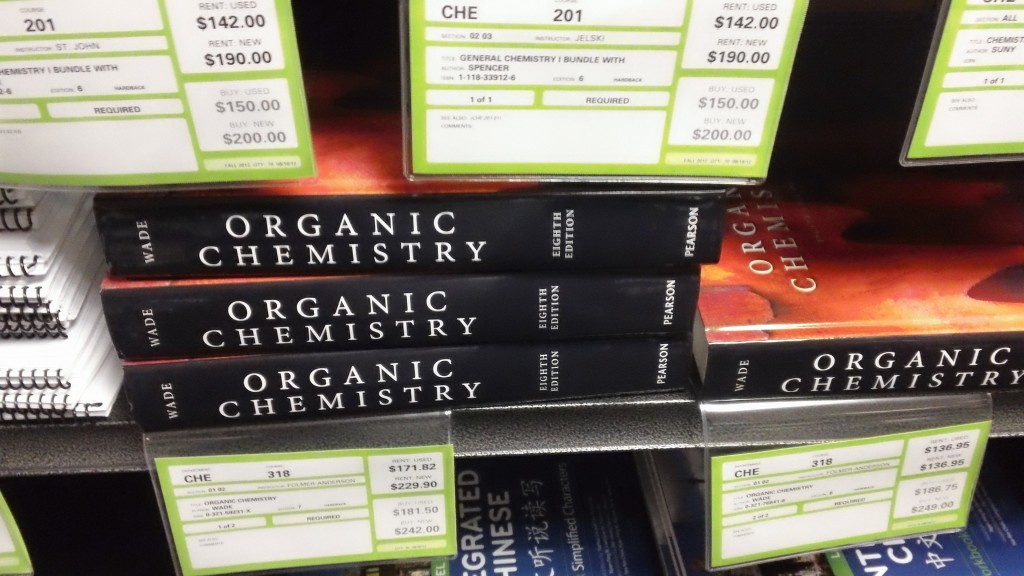