After two SUNY New Paltz students were sexually assaulted over a one-week period in the village of New Paltz, students and police are starting to look for more active solutions to solve the problem.

The attacks are currently being investigated by the New Paltz Police Department. A suspect was apprehended shortly after the second attack occurred on Sept. 2 on South Chestnut Street. The assailant in the first attack on Aug. 26 near Plattekill Avenue is still at large.

The news didn’t come as a shock to fourth-year Political Science major Carling Devin, who also serves as an organizer for New Paltz Survivor’s Group, a sexual abuse support organization.

The University Police Department (UPD) recently released the Security/Crime incident report from 2011, which showed that there had been 12 reported cases in 2011, more than doubling the amount in 2010.

According to the Centers for Disease Control (CDC), one in every five college-aged women has experienced rape at some point in her lifetime. The Rape, Incest and Abuse National Network (RAINN) statistic said that 54 percent of sexual assaults are not reported to police.

UPD Chief David Dugatkin said the number between nationwide statistics and the numbers at New Paltz are hard to compare.

“You’re quoting nationwide statistics,” Dugatkin said. “It might not be that we are at the same level as those numbers, I’d like to think we’re not…I do agree and will say that there is under-reporting that goes on at times.”

Alison Turkos, a volunteer coordinator for Slut Walk, an anti-victim blaming organization, said one of the reasons so many sexual assaults go unreported is the fear that comes along with it.

“When you’re a victim or survivor of rape [reporting it] can be one of the scariest things in the world,” Turkos said.

Devin agreed with Turkos and said one of the biggest reasons for this is rape culture.

“It’s put on [the victim] not to get raped,” Devin said. “Most rapes don’t get reported and there’s also so much guilt associated with it that is internalized. Women think it’s their fault when they get raped and it’s because people blame them, the culture blames them.”

She said it could be boiled down to “victim-blaming” and “victim-baiting.”

Even though the presence of rape culture is dominant, Dugatkin said he and UPD will stand by any victim who comes forth.

“It’s unfortunate,” Dugatkin said. “Sometimes the victim might think ‘I might have done something to cause this,’ and that’s never the case, the victim is the victim and we want to be there for them.”

Dugatkin was quoted by YNN saying that women should “walk in well-lit areas with one or more friends”  to prevent future attacks.

Students reacted to Dugatkin’s comments by saying that might be interpreted as the police placing the onus of preventing rape on the victim instead of the police or the assailant themselves.

“I’ve heard that before and I understand and appreciate the frustration as best as I can being a man,” Dugatkin said. “When we give out that advice, that’s not in any means the intent of it…all we’re trying to do is maybe give someone a tip that they might not have thought of otherwise.”

Devin said she understands where Dugatkin is coming from, but it is still unfortunate that women have to be on guard.

“To a certain degree we have to be aware and maybe we shouldn’t walk home alone at night drunk,” Devin said. “At the same time, why should I have to carry around a rape whistle with me just to feel safe?”

To prevent future attacks, Dugatkin said “implementing better outreach to the community” such as an anonymous tip line and a Facebook page, though both were set up before the recent attacks, would be beneficial. UPD is also “making officers more aware that these things occur” and “looking at addressing more lighting in certain areas of the village.”

Devin said she believes the issue would have to be addressed more systematically for there to be any real progress.

Building Your Own Brand

Thu Oct 18 , 2012
Students and faculty members gathered in the College Terrace on Monday, Oct. 1 at 6 p.m. to listen to a panel of four professionals speak about their careers and answer questions on forming personal brands, a component they said is really important for landing a job. The economy is in […] 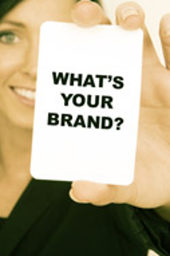