“You want to know, and we want to tell you.” This slogan has covered bulletin boards, lamp posts, T-shirts, and bright green fliers placed on tables and desks across the SUNY New Paltz campus.

The TRANSaction event that this slogan advertised, organized by the LeFevre Hall staff and Residence Director Stephanie Abrams, was an effort to spread awareness and generate questions and discussions about the transgender community.

Over 200 people came to the event, crowding in doorways and to the sides of Lecture Center 102. They had to be settled with a “Shh” by LeFevre resident assistants before two student speakers, Cody Hill and Eli Mann, opened with a brief “Trans 101” lesson.

Hill, a transgendered male, began by explaining that a transgender person is someone who presents or identifies themselves beyond the sex that they were born with. “It’s not a choice,” he said, “It’s not a matter of being male or female, it’s really fluid.”

A transgendered individual does not need to undergo a medical transition to be considered transgender. The change can focus on dismantling social constructs, like Hill has done, who was born female.

When people are born, as Mann, also a trans male, explained, they are identified by the appearance of their genitals and raised in accordance to that identification. Transgender individuals are those whose gender identities, such as behaviors and associations, don’t align with their assigned sex.

An important point, made by Mann, was the differentiation between sex and gender. A person’s sex is identified by the appearance of their genitals, he said, while a person’s gender identity is derived from the social constructs that dictate the rules of dress, language, mannerisms, etc.

Both Hill and Mann said that transgender individuals suffer high rates of victimization, police brutality and hostility, poor or no access to healthcare, higher rates of suicide, a sense of dehumanization, homelessness and poverty.

They also can’t find a bathroom.

When Mann lived on campus, he would walk to the Jacobson Faculty Tower, one of the few locations of campus’ gender neutral bathrooms, from wherever he was. Hill has been antagonized in public bathrooms, saying that he has even been physically removed.

Their lesson on transgender basics was followed by a talk by Pauline Park, chair of the New York Association for Gender Rights Advocacy (NYAGRA) and president of the Queens Pride House, organizations that focus on the rights and laws that effect transgender individuals.

Park spoke about the injustices faced by the transgender community. One of the focuses of her organizations is reforming the laws about changing a person’s sex on their birth certificate because the assigned sex usually doesn’t align with the projected sex the individual has chosen.

After these presentations, the audience separated into small discussions groups throughout the Lecture Center, meant to encourage deeper questions and discussion.

Each group was visited by different guest speakers. Some of the speakers included Rex and Karen Butt, the Trans-Coordinators of the Hudson Valley branch of PFLAG (Parents, Family and Friends of Lesbians and Gays).

They are the parents of a transgender daughter, Cadence, who was assigned male at birth and grew up as Jared. Before realizing that she identified as a female, Cadence suffered from such intense bouts of depression that she was asked to leave her college when her grades began failing.

Karen Butt explained that her first thought was that her child would be losing her male privilege before realizing the relief that had settled on the family. “It was like I’d gotten my child back,” she said.

The family is out about their daughter’s identity and have written a book dealing with the issues that transgender families and individuals face that they plan to self-publish in the next few months.

TRANSaction concluded with a regrouping of attendees who were told by Bouton Hall resident director, Chanel Ward, to take a collective deep breath before encouraging to make themselves better before attempting to make their communities better.

“I want to thank you from the bottom, the middle and the top of my heart,” said LeFevre resident assistant, Mike Blandino. “I hope you picked something up tonight that you can use tomorrow.”

Its All Greek to Me

Thu Mar 15 , 2012
When people think about Greek life, they may think about big houses with exclusive parties filled with students who haven’t got a care in the world. Well this idea is far from the truth, according to current Greek life members. Greek life has struggled with a bad reputation, such as […] 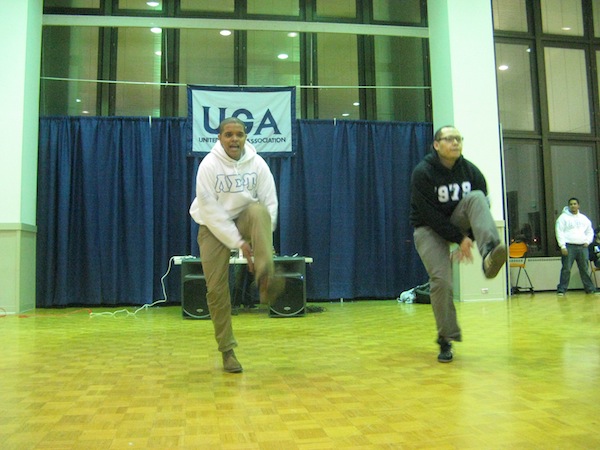