The Recycling Club held its second annual Game Night March 15 in the Student Union Building multipurpose room.  Ten teams of members from different clubs and organizations competed in game show-themed activities based on recycling and protecting the environment.

The game show-themed games played included Jeopardy, The Price is Right, Wheel of Fortune and an obstacle course.

“It’s a fun way to learn about environmental and recycling facts,” Kelly Drummond, a third-year secondary education major and president of the Recycling Club, said.

Game Night began in spring 2011 as a way to kick-off another Recycling Club event, Recyclemania. Since it was such a success, club members decided to hold another one just for fun.

The night was divided into four different rounds, giving each team a chance to play every game. In the “Price is Right” game, teams had to guess the price of “recyclable-friendly” products.

Students were not only surprised about how much they knew about recycling, but also SUNY New Paltz’s steps to become a “green” college. Drummond said the Recycling Club signed a national agreement called the Sustainability Plan, a commitment to help New Paltz work towards a greener environment.

Teams found the obstacle course to be the biggest challenge while trying to rack up the points.

Sigma Delta Tau and the Geology Club lined up to compete in the obstacle course. Teams were trying to take home the grand prize of $500. Teams had to run in-between coffee cups to get to the finish line and disrupting their path was other garbage and recyclables. As a member of each team ran, a pile of garbage needed to be sorted out.  Shortly after that members had to toss five bottle caps into a Styrofoam cup that was about 3 feet away. The obstacle course finished with two cardboard boxes labeled “Trash and Recycling” along with five different bottles and cans. The final task was sorting out the containers into the boxes they belong.

“You have to really know your recyclables to win this course,” Kaylah Kennedy, a second-year communication disorders major, said. “You could run fast, but deciding what is trash and recycling can slow you down.”

Aside from learning recycling facts, the Recycling Club had their chance to promote their other events on campus into their games. The coffee cups in the obstacle course were left over from the club’s Coffee Cup Consumption Demonstration, where students were exposed to how much paper coffee cups were wasted during each month.

“Improvements can be made,” Drummond said. “Students are recycling more, and learning what can be re-used.”

At the game’s end, Sigma Delta Tau emerged victorious. Aside from winning, students were able to learn a thing or two: to be conscious on how to maintain a healthy environment. 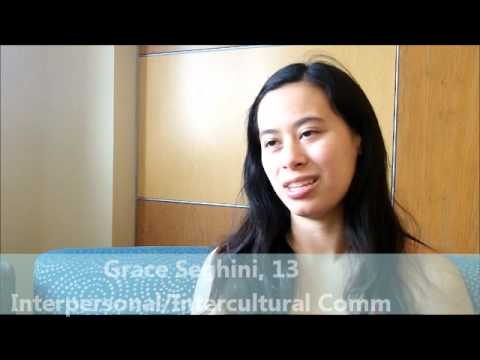