When people think about Greek life, they may think about big houses with exclusive parties filled with students who haven’t got a care in the world.

Well this idea is far from the truth, according to current Greek life members.

Greek life has struggled with a bad reputation, such as in TLC’s new reality show “Sorority Girls,” which features five girls traveling to England to establish their first “sorority on order to find the “potential new members”.  The show portrays these Greek life sisters as shallow, intellectually challenged and superficial.

“I wish people would ask questions about an organization, not rumors they heard about it,”  Caitlin Cummings, a second-year international relations student and a member of Sigma Delta Tau, said. “Letters are great, but the stories and traditions that support them are what makes a person join.”

SUNY New Paltz has 24 organizations based on different councils. While the organizations range in diversity and size, Greek life members can agree that their experiences cannot compare to what is seen on TV.

These are some of the most common misconceptions about Greek life:

Reality: Each organization was founded under its own values and traditions that may focus on philanthropy or community service, for example. Some may also be based on ethnocentric, religious or national values. Victor Ortiz, a member of Tau Kappa Epsilon Fraternity did his research to find where he belonged. “I wanted to join a Greek organization in order to experience and get that feeling that only brotherhood can give you,” Ortiz said. “I ultimately chose my org first because I loved our philanthropies and after rushing fell in love with the people in it.”

Myth: Fraternities and sororities are cliquey with each other.

Reality: Fraternities and sororities often work together to hold philanthropic and social events. Fraternities and sororities are part of a bigger council. Sigma Delta Tau National Sorority and Alpha Epsilon Phi National Sorority are part of the National Panhellenic Conference (NPC), an umbrella organization for 26 different sororities. “Panhell has truly come together to create a strong representation here on campus,” said Liana Messina, member of Alpha Epsilon Phi and president of Panhell. “We are striving to show the rest of campus what it feels like to be part of the National Panhellenic Conference as well as our respective organization,” said the third-year public relations student.

Myth People in Greek life do not care about school. Reality: School is why they are here in the first place. Some organizations organize study groups, for example. One of the SUNY New Paltz requirements for joining an organization is that students need a 2.5 GPA to join and a 2.0 to stay active. “If an organization was founded on partying it would collapse immediately,”  Cummings said. “There are organizations that were established over a hundred years ago that are still going strong because their members live by the values and traditions that were set forth so long ago.”

Myth: I have friends already. I don’t need to join an organization to form “life-long bonds.”

Reality: “Being Greek is being part of a family,” said Eric Vaughn, a fourth-year psychology student and a member of Kappa Delta Phi Fraternity.  “Since college is the first time many of us live on our own, it’s comforting to have another type of family that we can depend on for strength and comfort away from home.” Messina also notes that the bonds that she developed are not just friendships, but something bigger. “I am a part of a national organization and more importantly, I am part of a group of more than 40 women who are my best friends and support system,” she said. “No price can be put on the experiences and bonds that I have formed through my sorority.”

Myth: Greek Life is for people who want guaranteed friends.

Reality: While you do develop close friendships with your organization, according to the NPC website, Greek life can help develop leadership skills that students can apply in the future. Vaughn was elected to serve as president of the United Greek Association (UGA), a position that oversees all sororities and fraternities on campus. This position taught him how to work with other members who see things differently, he said. “It was been an amazing learning experience and has definitely helped prepare myself to work better within a group,”  Vaughn said. UGA is comprised of the executive board and the representatives of all recognized organizations. Led by Emily Spilman, director of Greek life, this board helps unite all fraternities and sororities through events such as Greek Week and Meet the Greeks.

Myth: You are buying your friends when joining a fraternity or sorority.

This is false. “When you pay tuition to SUNY New Paltz, are you buying a degree? No, you have to earn your degree through hard work,” Vaughn said.

Thu Mar 22 , 2012
Most people are busy working a few jobs in the current economic climate. This is especially true for recently graduated college students. For one SUNY New Paltz alumni, busyness is an afterthought. Lara Hope is more concerned with entertaining, while also helping people along the way. Lara Hope, 25, a […] 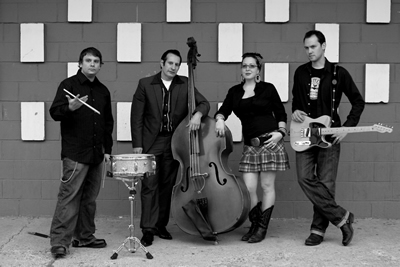