SUNY New Paltz first-year Isaac Doughty missed his court hearing at the Town of New Paltz Courthouse on Wed. Feb 9. following his arrest on early Tuesday morning. Doughty, a Deyo Hall resident, was arrested on charges of second-degree kidnapping, unlawful imprisonment and second-degree assault after holding his roommate and another female student hostage in his room.

According to University Police Chief David Dugatkin, Doughty was in possession of a small Japanese martial arts sword and would not allow his hostages to leave. His roommate was eventually able to disarm Doughty. Doughty proceeded to his suite’s common room where campus police officers proceeded to subdue him. Chief Dugatkin stated Doughty was not compliant and the officers used a Taser and pepper spray. Three officers were treated for minor injuries but no one else was hurt. It is still undetermined how the officers sustained the injuries.

Doughty was transported to St. Francis Hospital in Poughkeepsie and then to the Ulster County Jail with a $25,000 bail. He was then taken to Kingston Hospital for unknown reasons and Chief Dugatkin reported him in stable condition.

Thu Feb 16 , 2012
The Sojournor Truth Library has new Sunday hours. The library will open at 10 a.m. and close at 9 p.m. on Sundays, beginning Feb. 12 and continuing through March 11, Interim Library Dean William Connors announced Thursday. “This is an experiment to measure the apparent usefulness of Sunday morning openings,” […] 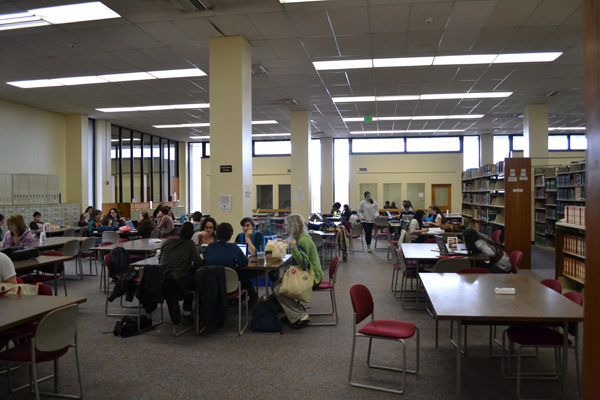