Sirens shattered the silence on Warren Street. Tom Casey, the Hudson Register-Star’s rookie reporter, scanned the street from his seat at The Cascades, a café two blocks up from the paper’s Hudson newsroom.

Casey called two more numbers, searching for the story behind the sirens, but found none. He ran back to the Register-Star’s newsroom, where he heard an officer on the police scanner announce it had been a false alarm, a hiccup on an otherwise placid Saturday afternoon. He sat down at his computer, unwrapped his sandwich and began browsing local blogs.

A graduate of SUNY New Paltz’s journalism program, class of 2011, Casey says the most difficult part of working as a reporter fresh out of school is the amount of time he’s had to commit, as well as the pressure of deadlines.

He started writing for the paper two months after completing an internship at The Legislative Gazette, where he would write about five stories a week. Now, in Hudson, some weeks he has had to write up to 15 stories, though Casey says he typically writes around ten.

“(Time constraints) make it harder because you have to write the stories and get them in by deadline,” he said. “It’s not an assignment. You don’t get a reprieve if you’re late.”

Tight deadlines also affect the type of articles he is able to write,  Casey says. Although working in a professional newsroom means he can pitch different types of stories and investigatory pieces more often, he says this is more of the exception than the rule.

“The Register-Star is about writing news-heavy stories and getting them in,” he said. “So, I don’t get to write as in depth as I would sometimes like to because the style of writing for a daily is different than for a weekly.”

The hours are long. Although the start of his day is flexible, any time around noon, he must stay until his stories have been filed and edited. When he has to cover and write articles about events in the evening, his day may continue until the early hours of the morning. For example, during the local elections this past fall, a few of his workdays stretched into the next.

Last Friday, Casey covered an awards dinner hosted by the Hudson-based Salvation Army to honor the bell-ringers of the Red Kettle Campaign, who raised $46,876 during the holiday season. A true “backpack journalist,” Casey took pictures of the event and wrote an article, which were published on the website later that night.

“That was a little bit easier to cover, because it’s a nice event, a nice story,” Casey said after the dinner. “I’ve gotten angry letters and angry phone calls. But, I think it’s like I heard in journalism class, if people are angry then you’re doing your job. It’s kind of the nature of the beast.”

Even the “easier” stories need to make it in by deadline, however. Back at the newsroom around 9:30 p.m., Casey needed to transcribe the interviews from his audio recorder, organize his research and quotes and file the final story by the 10:30 p.m. deadline. This hour was peppered with humorous but firm reminders about the time from the paper’s city editor, Francesca Olsen, a 2008 graduate of SUNY New Paltz’s sociology department.

“Do we have coffee?” Casey asked.

“So what’s your second story?” asked Olsen from behind her cubicle wall. “What’s it about? You cover it? You file it? I will remind you, because I am your cool boss, that you need to write two stories, that your mean boss would yell at you about. It curdles my heart not to have them.”

At 10:15 p.m., after a cup of coffee, a phone interview and a brief Rick Astley a cappella interlude, Casey filed his stories. He closed the NewsEdit document, leaving the desktop of his iMac cluttered with Stickies that matched the multi-colored sticky notes clinging to its white frame.

“Do you need help copy-editing or anything?” he asked. “No, you may leave,” replied Olsen.“Are you sure?” he asked.
“Well, I’m not going to leave just yet. Let me know if you need anything.”
The newsroom community helped ease the intimidating transition from student in a familiar community of peers to professional reporter, Casey said, in a new city with people he had never met, involved with issues he had never been exposed to before.
“I’ve only been there six months, but it really feels like we’re a team,” he said. “We pick each other up, pick each other’s stories up. I think it helps that we all like each other, too. I look to them to see how they conduct themselves and talk to people and write their stories.”

According to a Nov. 2011 article from the Poynter Institute, the unemployment rate of journalism majors is seven percent, more than advertising, public relations, communications, and English majors, which are all between six and seven percent. This compares to an average unemployment rate of 8.3 percent in the United States, reported by the U.S. Bureau of Labor Statistics.

“It sucks getting out of school and not having a job,” Casey said. “I don’t want to pretend and say ‘Go get ‘em, guys!’ but opportunities do pop up, you’ve just got to keep your eyes open. But if you’re a sports writer, we are looking for one.”

Wed Feb 22 , 2012
Room inspections will not change despite the recent violent incident on campus, according to the Department of Residence Life. Some students had questions following an incident last week where a first-year resident of Deyo Hall, armed with a katana, took several other students hostage in his suite. Would R.A.s be […] 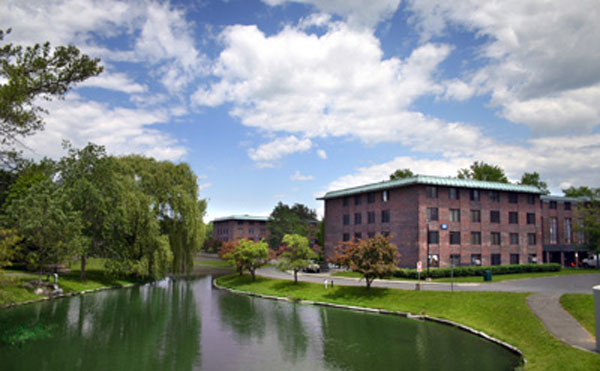