There is a new club on campus that aims to fight for reproductive justice.

This club, called Voice for Choice, intends to support all woman’s issues such as contraception, abortion, prenatal care, STIs, HIV/AIDS and other health issues through awareness and action on the local and national levels.

Voice for Choice organizers said the club was specifically designed to educate and support women in their own decisions on issues that can be controversial from a political, religious and cultural standpoint.

The group was created at a time when Congress is proposing to cut funds to health insurers that cover abortions. The House of Representatives just passed by a vote of 251 to 172 the H.R. 358 bill; the Protect Life Act that would prohibit federal funds from being used to cover the costs of health plans, including the coverage of abortion services. According to club co-founder Ashley Dryzmala, a fourth-year double major in international relations and women’s studies, if passed, the act will adversely affect women and families.

“Think about who directly this is affecting; it’s the women and families who can’t afford private insurances and depend on the government for help,” Dryzmala said.  “Hospitals also have the option to refuse to give a woman an abortion, even if she is dying.”

Dryzmala believes the club is important in the fight to bring about awareness and change.

“We will lose all of these protections that most women take for granted,” said Dryzmala. “It is a very scary moment in history and if we don’t step up now and demand our voices be heard, we will have an even dimmer future.”

The current generation believes that the battle over abortion rights ended with Roe v. Wade, when in reality, it hasn’t, Dryzmala said. On Jan. 22, 1973, the Supreme Court made a momentous yet controversial decision of making abortion legal in the United States.

“[Women] don’t realize that every day lobbyists and government officials are attacking and chipping away at the rights we have fought so hard for,” Dryzmala said.

According to the Center for Reproductive Rights, there are many issues that have gone to court within this year. With November approaching, Mississippi voters could decide to outlaw abortion in their state. Mississippi’s “personhood” initiative defines life as beginning at the moment of fertilization. This would not only outlaw abortion but many forms of birth control and even In Vitro Fertilization (IVF). In June 2001, Texas passed a mandatory ultrasound law for pregnant women and a North Dakota law bans all medication abortions.

“These laws are taking away our rights as they are popping up across the country in an attack on women and their well being,” said Dryzmala.

Rather than using the words “rights” or “choice,” Dryzmala emphasizes the words “reproductive justice.” She believes the terms “rights” and “choice” give a false sense of comfort to many people and that the obstacles and challenges of many individuals remain invisible.

“There are a lot of political and economic barriers that make it extremely difficult or impossible for many low-income women and families, and  disproportionately affecting those of color, to exercise their ‘rights’ or make a ‘choice,’” said Dryzmala. “We want to include the range of issues dealing with creating, or not creating, and maintaining a family.”

Dryzmala urges others to join Voice for Choice to exchange ideas and concerns in order to be better educated, raise awareness among peers and to make real changes locally, nationally and perhaps even globally.

On campus, she believes it is a problem that there isn’t a specified policy for pregnant students.Students must speak with their professors individually to request time off for when they give birth. This becomes a huge restriction for pregnant women when considering registering for classes.

“This lack of policy makes the individual vulnerable to her professors’ discretion, putting her in a possibly uncomfortable situation,” said Dryzmala. “As a collective of students we want our sisters to be protected and to create a mandatory maternity leave for pregnant students.”

According to Dryzmala, there is no maternity leave for girls, nor is there any reference to the matter in the Student Handbook. Despite allowing students leave for “documented health reasons,” pregnancy isn’t addressed.  This then leads the individual to speak to her professor.

“I think it’s very helpful to have a club where women can share their own personal experiences, opinions and talk about information that another person may not be aware of,” said Lozado. “We all need to be aware of what is going on.”

Dryzmala believes that Voice for Choice encourages the idea of choice to become a reality and urges others to join.

“It is important to be addressing these issues as a collective, especially considering the fact that they affect every single person in the world,” said Dryzmala.

Tue Oct 25 , 2011
The sky’s the limit for the Cosmic Club, which will hold its first meeting Oct. 24 with its new faculty advisor Raj Pandya, newly-appointed director of the John R. Kirk Planetarium. “We kind of want to get him acclimated with us and get us all on the same track before […] 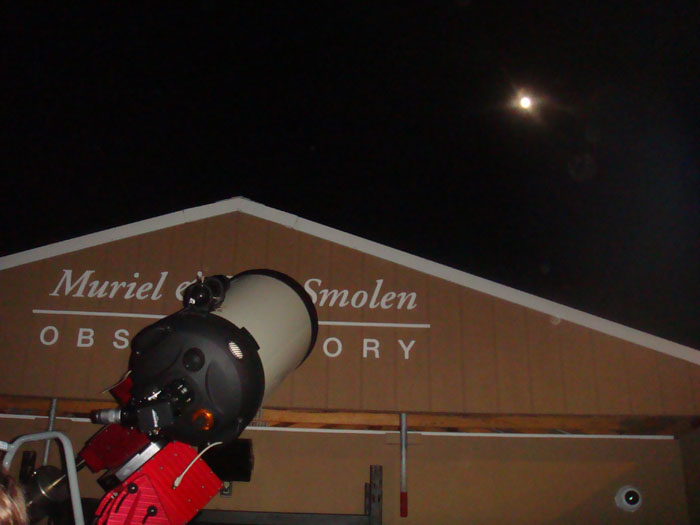