Despite the 1-0 loss to Drew University (15-2-0) in which the starters rested for the majority of the game in anticipation of the SUNYAC playoffs, the season ended on a high note.

“We’re extremely excited to be in the playoffs,” said fourth-year captain and philosophy major Tommy Garafola.  “Every year you start out with the goal of making the playoffs, and every previous year we’ve let ourselves down. Not this year, and we still have a lot of playing to do.”

The playoffs have been elusive for the New Paltz soccer team, reaching the SUNYAC’s for the first time since 2004. They clinched the sixth seed with two pressure filled wins against both SUNY Fredonia and Buffalo State.

A big reason for their success this weekend can be attributed to the individual play and leadership of its seniors, making Wednesday’s game all the more meaningful to fans and players alike, fourth-year Jimmy Altadonna said.

“A huge group of us seniors came in together as freshmen, visualizing the playoffs since the first day of preseason a couple of months after our high school proms,” said Altadonna, who was named the SUNYAC Player of the Week for his 6 point (2 goals and 2 assists) weekend, leading his mates to the playoffs.  “We’ve been through so much together, coming in as an abnormally large class, learning on the fly playing teams a lot more mature than us, and then having to change coaches. This year has been special.” As Altadonna said, the season began with a fear of the unknown for many of the players who were unfamiliar with the status of their coaching situation.

Last years coach, Eric Watson, left to be the head coach at Utica College.  Replacing him was former Hawks player Gene Ventriglia, a 1968 Olympian.  He served as head coach of the Army Black Knights women’s head coach for 24 years, and volunteered with the Hawks women for the past two.

Making a concerted effort to get to know his players, Ventriglia kept in constant contact with many of his players through phone conversations and texting, giving them a summer work-out plan and having team dinners during the preseason. The 66 year-old Ventriglia continues to keep a close eye on his group, routinely texting them.

But it isn’t just the off-field unity where Ventriglia has made his mark.  In instituting a new system designed to increase ball possession, moving senior transfer Jamal Lis-Simmons (who as the oldest player in NCAA division III soccer is having a strong season) from forward to center back, and by injecting a talented group of eight freshmen who play significant minutes to a solid core of seniors, he has created the perfect mix of talent and togetherness for the field.

Said Garafola on the impact made by all the new additions: “this is a team in the truest sense, a family.  We’ve struggled, we’ve had success, and we’ve done it together.  Without every player on the team, without Gene, the season isn’t the same and who knows how it plays out.  I wouldn’t change a thing.”

This sentiment was echoed by many on the team, and the excitement for Saturday’s game at the three-seed SUNY Geneseo couldn’t be higher.

“We didn’t work this hard and come this far to break a drought and just make playoffs,” said senior midfielder and chemistry/education double major Joe Emberger.  “We’re trying to win. I’ll give up my Halloween for an NCAA berth.”

Fri Oct 28 , 2011
Cupcakes are delicious, sugary, covered in frosting and coveted by children everywhere. Recently, cupcakes have made a comeback and are not just for children anymore. One local bakery’s use of sophisticated recipes and elegant designs have put this classic treat back on the map.  Moxie Cupcake’s pink and brown exterior manages […] 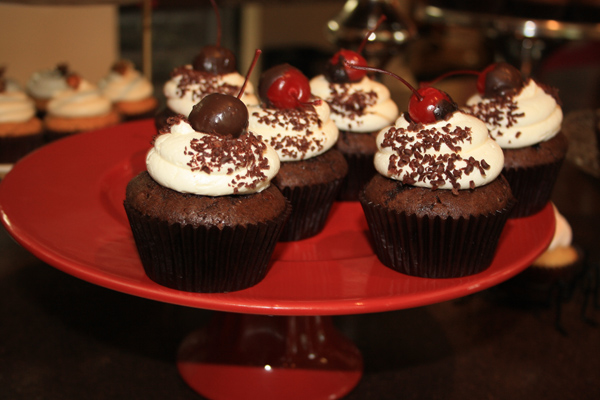