“We should find a way to send them pre-cooked meals, or maybe just gift certificates.”

The class was discussing ways to help the family of a boy in the town over who lost his father a day earlier. We heard the news of the attack in this very classroom, 24 hours earlier.

We had never met the boy. The blonde, mini-skirt wearing 7th grader who had the food idea wouldn’t bat an eyelash after making a classmate cry.

Even she wanted to help.

“I know how to help him,” declared a boy with a NASCAR notebook.

“We should go down to all the 7-Eleven’s and show them who is boss. That’s what my dad says.” But most of all, there are signs of fear.

“If you see something, say something.”

“Do not leave your bag unattended, and if you see an unattended bag, notify the nearest security personnel.”

Only thing I see is men with high powered rifles and scary dogs the size of horses.

Truth is, the signs of fear trump delayed flights in ubiquity these days.

For years following the initial attack, the news would declare the day’s “terror level color.”

If a Terror Level Red doesn’t scare people into submission of their civil liberties, nothing will.

Every “USA!” chant carried more meaning. Every house flew an American flag.  Every soldier in an airport received a standing ovation.  Everyone proud to show “these colors don’t run.”

Every time I used to see that clip of the Berlin wall coming down, I yearned for an event in my lifetime to witness and feel that joy.  The wall comes crumbling down and chaos ensues.  Flares are lit, masses of people celebrating as one.  David Hasslehoff sings, and people cheer?

The days after 9/11 didn’t have too many of those joyous moments, but the unity and pride that came with so many of the touching tributes surpassed that joy in my eyes.  From President Bush throwing out the first pitch at the first Yankee game, to U2’s Super Bowl performance with the names of everyone who lost their life that day scrolling behind him on a giant screen; America was proud again and we took every opportunity to show our strength.

The bickering of politicians and daily grind of life has dampened this feeling over the past decade.

But for the first time a couple of weeks ago, this generation had our Berlin Wall moment.

The ethical debate over celebrating death be damned.  Osama Bin Laden was brought to justice and when I saw the throng of young and old alike partying in the streets, I finally saw the joy and unity together in America.

At least for one night.

Everyone has their own 9/11 story.

I knew no one in particular who lost a loved one.  But even I had a story.

“Mack missed his train to school that day, so Mr. Clair had to drive him, and he was late to work in tower two. Mack saved his dad’s life!”

Whether it was a coping mechanism in an uncomfortable conversation, or I just wanted to fit in, I told this story too many times to count.

On the eve of the tragedy’s 10 year anniversary, during a raucous game of quarters, in which many drunken stories were told but none overly memorable, the conversation turned to 9/11 stories.

While everyone rattled off names of distant relatives and long-since forgotten friends who were affected, the sad truth became apparent.

Our desire to remain detached from the sadness of that day has clouded our ability to realize that each and every one of us carry our own 9/11 story.  We all are living with the consequences.  We are all living with the anger, the fear, and hopefully, the unity.

Mon Sep 12 , 2011
Caitlin Langone, recent SUNY New Paltz alumna and English major, was featured on the documentary “Children of 9/11,” which aired on NBC Sunday, Sept. 4, 2011. The documentary was a focus on the children, who are now adults, that have been affected and are still being affected by what happened […] 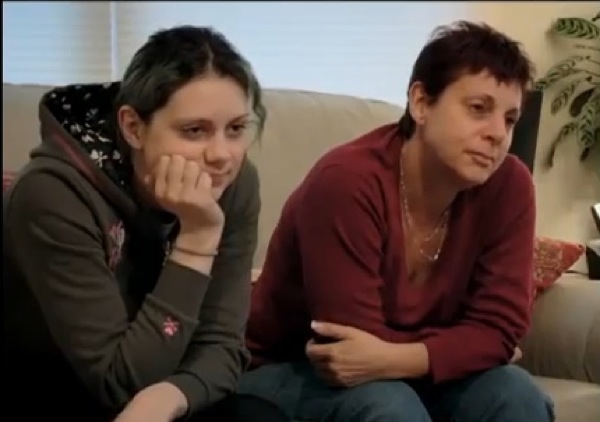