Everyone must remember, so we do not repeat the past. This was the sentiment expressed at a panel discussion just a few days before the 10-year anniversary of the September 11, 2001 terrorist attacks. The hijacked airplanes and attacks on the World Trade Center and Pentagon were addressed by four different panelists representing political science, history, and communications and media at SUNY New Paltz.

“Where were you when the towers crumbled?” asked moderator Gerald Benjamin, associate vice president for regional engagement and director of the Center for Research, Regional Education and Outreach (CRREO). “The moment you start remembering is critical.” Benjamin believes  memories are most important at this point in time because if people do not speak of the horror and record testimonials then all will be forgotten as time passes.

“In the past we used to ask, ‘Where were you when Kennedy was shot?’ and then there came a time when you couldn’t do that anymore,” Benjamin said. He remembers the “majestic towers” being built when he was a first-year student at Columbia University and also remembers the days following their destruction which included flags hanging in every window, t-shirts being sold and changing attitudes toward authority figures and firefighters. Americans’ connection to this event was very personal, he said.

“We require more–not less–military interaction,” said Lewis Brownstein, professor of political science, of the Iraq war. “We misunderstand the importance of our peril.” In his conclusion, Brownstein said the United States should not pull out of Iraq; that if military action ceases after everything that has been done, Americans will not be able to say that we have just moved on.

“9/11 historical memory represents the past shared by people. It’s not natural, it’s constructed and reconstructed,” said Hamilton Stapell, assistant professor of history. Three observations he made about shared memories of 9/11 include national unity, lack of competing theories, a non-political state of events where neither the Democratic nor Republican parties were blamed and a recollection of American’s self sacrifice and heroism. “If we do not remember properly we cannot deal with trauma, heal, honor those each year and we will not be motivated to fix the problems,” Stapell said.

“Our knowledge is from American media and they hold 9/11 in a particular place,” Persaud said. He is afraid that this will become something we only speak about once a year. “ABC didn’t want to read the victims’ names for three hours and 20 minutes anymore,” Persaud said, indicating that soon 9/11 may become a “forgotten memory.”

Endurance of memory is the most important thing to be stressed when talking about 9/11, the panelists agreed. “Ten years from today, I suspect very few people will remember it as Ground Zero,” said Stapell, quoting Jeffery Racheff, a freelance writer and blogger.

Sat Sep 10 , 2011
We Are All Children of 9/11 I “We should find a way to send them pre-cooked meals, or maybe just gift certificates.” The class was discussing ways to help the family of a boy in the town over who lost his father a day earlier. We heard the news of […] 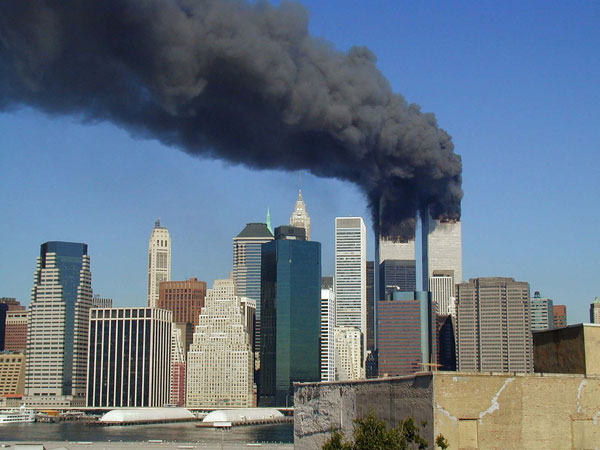