A new school year brings with it a new venue as Grimaldi’s Pizza steps up as the next big place to see a show in New Paltz. SUNY New Paltz students know this town feeds on music and with a live event happening almost every day of the week, Grimaldi’s Pizza has their work cut out for them. Grimaldi’s has begun carving out a niche in the local New Paltz music scene by holding its first show of the school year on Sept. 13. The show made a big splash by hosting three up and coming New Paltz acts including, Bounce Method, Ten Speed, and Just the Tip.

“I had a lot of fun,” said Beth Curran, a third-year creative writing major. “I always love when Ten Speed plays the Strokes and also we got a free slice of pizza, so that was great.”

James Warren, a third-year creative writing major, is a bartender at the pizza shop and books events at the venue during the week.

“[Grimaldi’s] is a cross between the club Rap, Poetry, and Music, and Oasis. It fits right in that gap,” Warren said. “It’s a classy venue with out being overly classy at the same time.”

In addition to rock shows, Grimaldi’s also hosts jazz acts and slam poetry. Their rock acts, however, seem to be drawing the largest crowds and making the most money.

It cost each of the 140 people who attended the first show $3 to get in and, according to Warren, the bar alone made about $900. This is compared to a night without an event, which Warren said, might make no money at all.

The bar was able to give each band $60 for playing.

“There was the usual crowd, but also some people that don’t drink or don’t go out so much, I saw more of them there,” said Samantha Gilio, a third-year art history major. “I saw a lot of people who usually go to bars too, so maybe a little bit of an older audience. A lot of my friends who normally go to P&G’s or [McGillicuddy’s] on a regular basis went there because it’s also a bar and not just a place where bands play.”

As a venue, Grimaldi’s Pizza stacks up fairly well against time-honored spots along New Paltz’s main street such as Oasis, Cabaloosa’s and Snugs.

Grimaldi’s is different from other New Paltz venues because it is a hybrid bar/pizzeria. While other New Paltz eateries serve alcohol and pizza, none have taken the step of fully combining the two. Grimaldi’s takes this idea further by introducing the idea of booking shows and live events.

“It sounds weird,” said Brenna Landerkin, a third-year double major in photography and radio/TV production. “Once I got there it made [the idea] better, if I got hungry I didn’t have to walk to Fat Bob’s or Gourmet, I could just go 20 steps away.”

The relaxed atmosphere seems to be one of the main reasons why the venue is doing so well right off the bat.

“I liked that there were two separate rooms so if you got overwhelmed by the noise you could go in the other room and sit down and have pizza. There was also a back area where you could kind of hang out away from the crowd,” said Gilio.

Their success might have something to do with the pizza as well. According to The New Paltz Oracle, Grimaldi’s Pizza is one of 24 locations nationwide.

“I’m from Brooklyn, so I’ve often gone to the original Grimaldi’s which is strictly a pizza place,” said Hunter. “The pizza here is pretty much just as good.”

The New Paltz location opened in August 2010 and prides itself on serving brick oven pizza made with only local produce, fresh local ingredients, and their own in house made cheese.

“Their pizza is really good because it’s brick oven pizza. It’s flatter, but it’s crispier and crunchy and it tastes fresher to me than the pizza at Fat Bob’s or Gourmet,” Landerkin said.

With their first big splash already made, the future looks bright for live events at Grimaldi’s Pizza.

“I’m booking shows for next week right now and I have shows booked for poetry slam up until December,” said Warren, “if bands ever need to book a show just find me.”

One Flood Victim and Where She is Now

Thu Sep 22 , 2011
Kelly Morehead, a third-year English literature major, had just transferred to SUNY New Paltz and had only been living on her own for a week the morning she was displaced from her apartment because of flooding. “Once I had gotten everything the way I wanted it and all my stuff […] 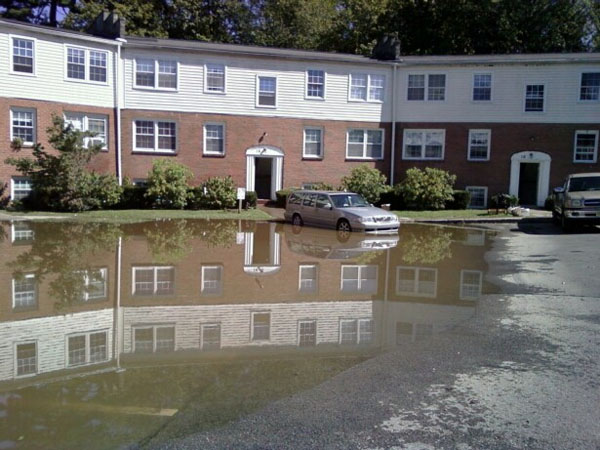