Many SUNY New Paltz students and faculty members are unaware of the existence of the Black Box Theatre.

Black Box, located in the Smiley Art Building, produces two plays each academic year. These student-run productions give students a chance to direct, design and act in the plays. Black Box is not a standard theater on campus; it is one of the only locations where students can write their own original plays and submit a proposal to the Black Box Committee to have the play produced.

“We have a pretty extensive outline of what information we’re looking for [in the proposal] that describe all aspects of the project,” said Nancy Saklad, the SUNY Department of Theatre faculty director. “Sometimes the proposer is the director; sometimes it’s a writer that wants their play produced and someone else will direct it.”

The Black Box Committee waits until all proposals are submitted, usually during the spring semester, before reading them.

“We each read all of the proposals and then get together and talk about them and their merit and value educationally,” said Saklad. “Then we make the hard choices.”

The Black Box committee includes Nancy Saklad, Eleanor Wolfe, the Costume Shop Manager for the Department of Theatre, Joseph Paparone, a professor for the School of Fine and Performing Arts, and two students from the New Paltz Players organization on campus, Rachael Brandt and Simone Bart.

Black Box productions has received much publicity and praise over the years. One of the plays produced earlier this year, “Wendy,” was written and directed by SUNY New Paltz senior Rachael Brandt. Brandt, a Theatre major, adapted the play from the novel “Wendy” by author Karen Wallace and was in direct contact with the author during the process of playwriting.

Brandt and SUNY New Paltz theatre professor Stephen Kitsakos submitted and received a grant that allowed Wallace to travel from her home in London, England, to the campus to work with Brandt and the actors personally.

“I feel so proud of the experience,” said Brandt. “It was really cool to work with Karen Wallace and to have that playwriting experience too; most playwrights don’t direct their own work so that was a great experience and opportunity.”

Brittney Pierri, a junior studying Theatre Arts and Communication Disorders, recently had her proposal to direct the chosen play “Wit.” “Wit,” written by the playwright Margaret Edson, will be directed by Pierri and performed during the next Black Box season in fall of this year. The play deals with the events that occur in one woman’s life after being diagnosed with stage four ovarian cancer.

“I first came across the piece in my Composition II class freshman year and knew I wanted to direct it one day,” said Pierri. “I had to really pick the script apart and come up with ideas that I could use for the show, which helped me a lot when putting the proposal together.”

Black Box is not just useful because of the opportunities it creates for any and all student actors, playwrights or wishful directors. It is also a great opportunity for students to learn how to expand on their ideas under the limitations of a low budget. Black Box productions are only allotted $500 per performance which pays for the costumes, set design, and props.

“I think when students do a Black Box production, having a very limited budget, they have to really use their ingenuity and creativity to find theatrical ways to bring their material to life for the audience,” said Saklad. “When you have nothing or very little, you have to find something special to bring the plays to life.”

“I definitely think the Black Box is beneficial to the campus, not just to theatre majors,” said Pierri. “It’s an experimental playground where students are the leaders and really collaborate to create a common project.”

Students who are interested in submitting a proposal to the Black Box committee can find the proposal outline on the Theatre Department blackboard link or through contacting one of the committee members.

Thu May 5 , 2011
In July, 2010, an Emerald Ash Borer (EAB), an invasive beetle residential to east Asia, was found in Saugerties, N.Y., and has since been infecting ash trees all throughout Ulster County in devastating measure. According to the National Invasive Species Information Center, the EAB was originally found in Michigan in 2002, […] 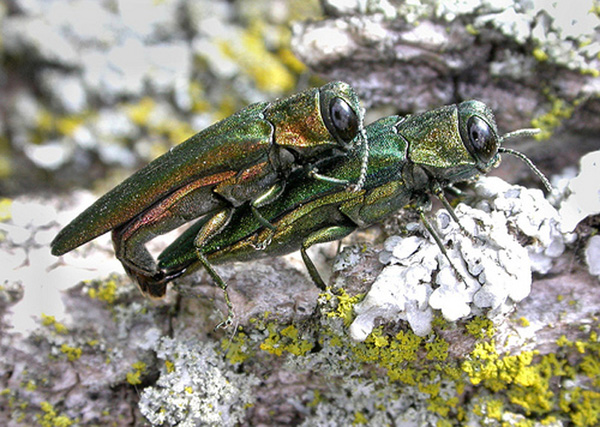