Video Remix is a student created television show that celebrates the creative spirit of SUNY New Paltz students by broadcasting a variety of video material to inform and entertain the public.  The idea for the show came from Communication and Media department Professor Dan Labbato.

“Students should be able to have their own TV show,” Labbato said.

There are three different episodes of Video Remix which will each feature three senior projects.  Labbato’s Advanced Video Editing class was given nine completed senior projects to edit and repurpose for Video Remix.  The editors were given the task of shortening the senior projects to about eight minutes each, creating the opening montages for the TV show, and putting together ‘bumpers’ which are short ten second montages that help fill the allotted 30 minute time slot.

“Cutting pictures to music and creating montages are real skills,” Labbato said.  “[The AdvancedVideo Editing class] has been working on it all along; it is a semester long project creating these three episodes.”

Labbato’s Studio Production class shot the introductions to Video Remix with three different sets of hosts for the episodes as well as the ‘wrap-arounds’, which are short messages interspersed throughout the program.  The first wrap-around invites the student community to submit their own video submissions for broadcast.  The second wrap-around announces the newly formed Lights, Camera, Action Club, which is a way for students from different majors to get together and create video projects.

“The campus is all set up for a production company,” said Labbato. “We have artists, actors, camera people, producers, writers, set designers.”

Making a video takes a group effort and Labbato hopes the Lights, Camera, Action Club will give students an outlet to collaborate with one another.

The three episodes of Video Remix will air in the Fall 2011 semester on the campus TV station WNPC.  Labbato plans to create more Video Remix editions with his Advanced Editing class in the Spring 2012 semester.

Sat Apr 23 , 2011
Great storytelling has the ability to motivate people to see the world in deeper, more meaningful ways. “Powerful storytelling can draw people closer together by helping people recognize others in their own hearts and eyes,” said John Larson, veteran broadcast journalist. Larson, the tenth James H. Ottaway Senior Professor of […] 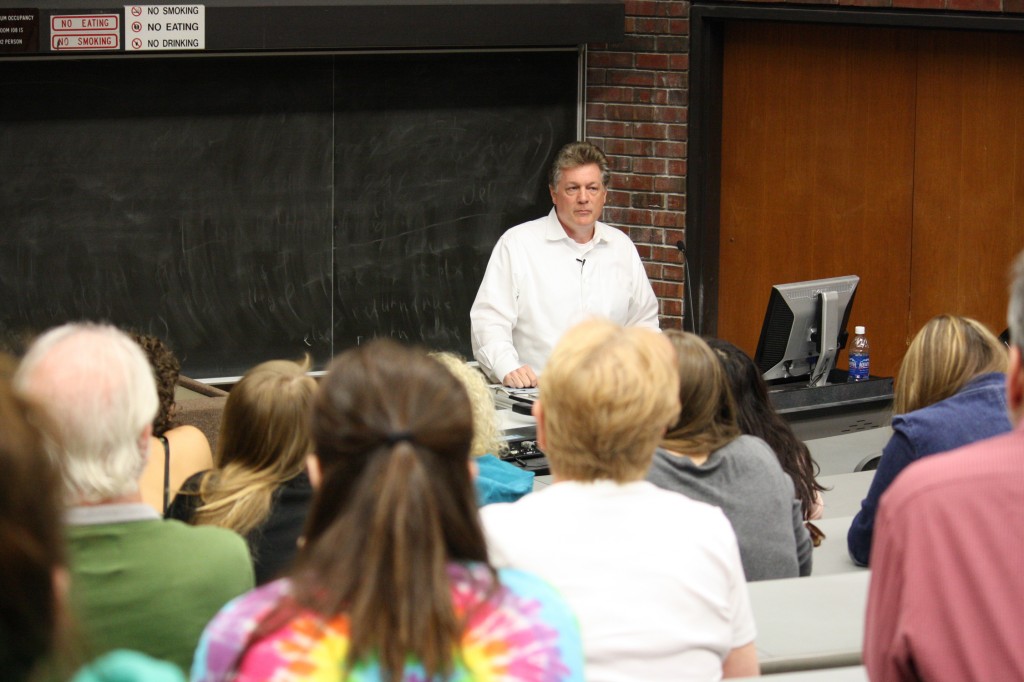